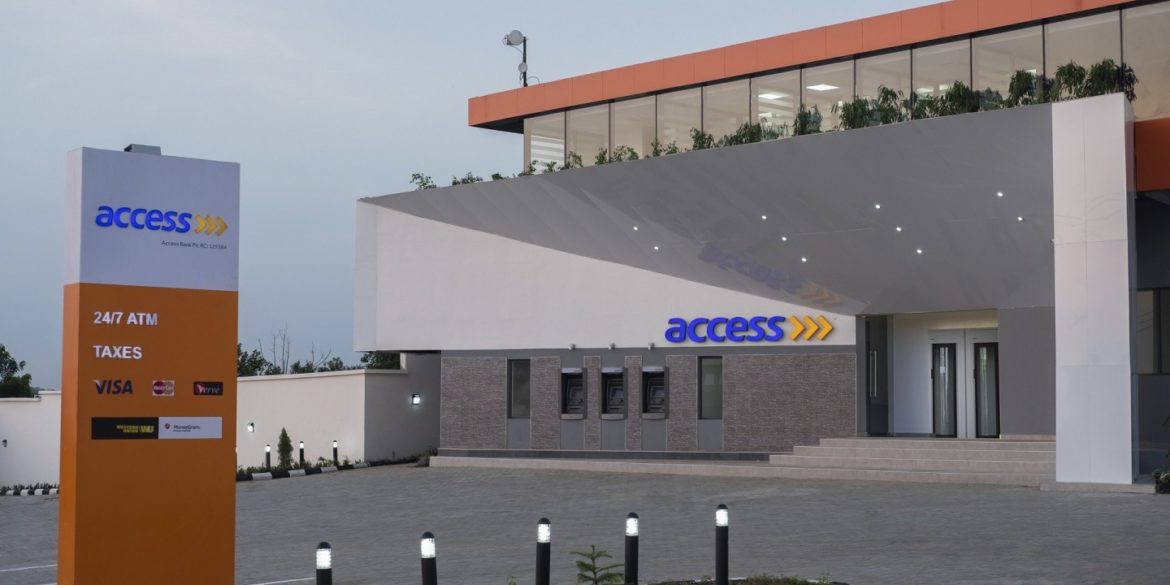 Many people don’t know that Access Bank is one of the top banks in Nigeria today. Yes it is. And we can authoritatively tell you. Access Bank Plc, commonly known as Access Bank, is a multinational Commercial bank, owned by Access Bank Group. It is licensed by the Central Bank of Nigeria, the national banking regulator.

Originally, a corporate bank, the organisation acquired personal and business banking platforms from Nigeria’s International Commercial Bank in 2012. Access Bank is now one of the largest five banks in Nigeria in terms of assets, loans, deposits and branch network. The merger of Access Bank and Diamond Bank on 1 April, 2019, has made Access Bank the largest bank in Africa. At the conclusion of its merger with Diamond Bank, Access Bank Plc, unveiled its new logo, signalling the commencement of a new enlarged banking entity.

The bank’s headquarters is located in the city of Lagos, the largest commercial city of Nigeria.

As at December 2015, Access Bank Plc had subsidiaries in 8 sub-Saharan African countries and in the United Kingdom.

The bank received its licence from the Central Bank of Nigeria in 1989, and listed on the Nigerian Stock Exchange in 1998.

2002: Access Bank was taken over by a core of new management led by Aigboje Aig-Imoukhuede and Herbert Wigwe.

In 2007: Access Bank established a subsidiary in Banjul, The Gambia. This bank now has a head office and four branches, and the bank has pledged to open another four branches.

2011: Access Bank was in talks with the Central Bank of Nigeria to acquire Intercontinental Bank plc.

Intercontinental Bank became a subsidiary of Access Bank plc, which recapitalised the former and acquired a 75% majority interest in its stock.

The combined effect of the restoration of Net Asset Value (NAV) to zero by AMCON and N50billion capital injection by Access Bank Plc is that Intercontinental Bank now operates as a well-capitalised bank, with shareholders funds of N50 billion and Capital Adequacy Ratio (CAR) of 24%, well above the 10% regulatory threshold.

In January 2012: Access Bank announced the conclusion of its acquisition of the former Intercontinental Bank, creating an expanded Access Bank, one of the largest four commercial banks in Nigeria with over 5.7 million customers, 309 branches and over 1,600 Automated Teller Machines (ATMs).

In 2012: The London High Court indicted former Managing Director of Intercontinental Bank Erastus Akingbola and ordered him to refund over $1 billion to Access Bank.

In 2020: Access Bank acquired Kenya’s Transnational Bank, including 100 percent of shareholding and 28 branches in Kenya.

The merger of Access Bank Plc and Diamond Bank, which took stakeholders by surprise when it took place, triggered a fresh competition among money deposit banks in the country.

The merger, the largest banks in Nigeria by Asset, Size, a position Zenith Bank Plc with an asset base of N5.595 trillion as at December 31, 2017, occupied, and which it was not ready to relinquish without a fight, going by the prestige and business status it confers on the money lender.

First Bank, which comes second with N4.949 trillion and GTBank with N3.335 trillion and third in assets base are also not likely to give up their positions without a push. The big 4: Zenith, First Bank, GTBank and Access, because of their size, may not likely feel much of the pressure, but for the middle level and small banks, there would certainly be increased pressure on their finances and their vaults. This may trigger more mergers or acquisitions

How ACCESS Bank Became One Of The Top Banks was last modified: June 24th, 2020 by Reporter