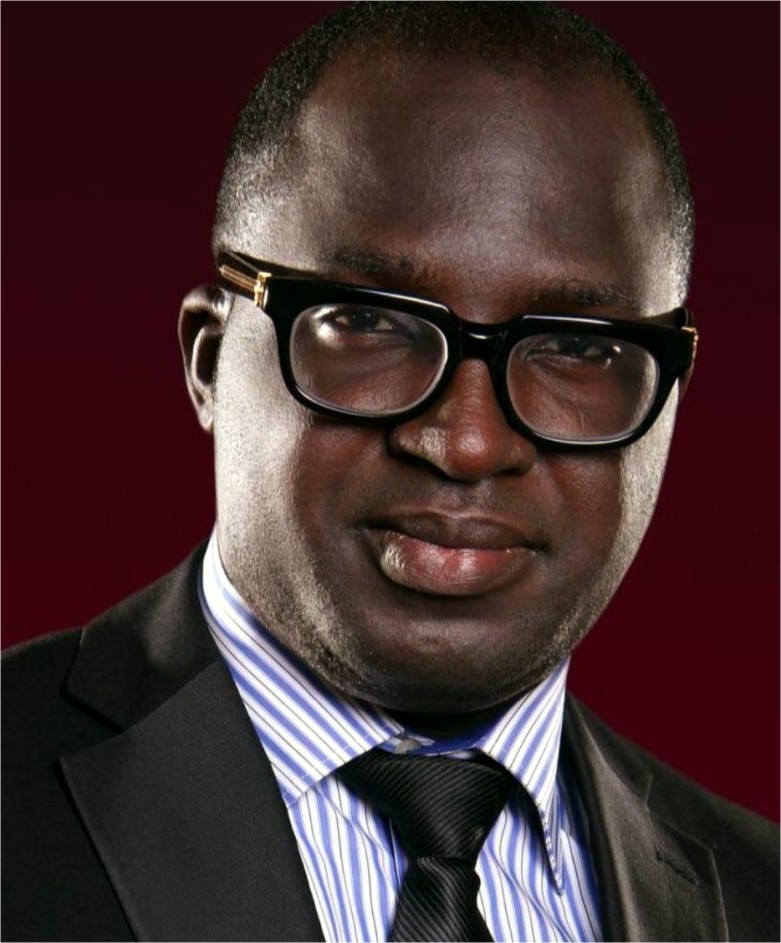 Adeleye Fabusoro is the CEO of Rare Edge Production. He is known for producing soap opera series such as “Awon Aladun”, Borokini and the popular Africa Magic Programme, “Ajirebi” and he also featured in various films and television drama series such as “Hotel Majestic, Casino, Ga Okunkun.

Adeleye is a creative thinker, strategist and businessman with a mind of a warrior, the discipline of a man with the tenacity of a badger, who believes in a flexible organisation system. He believes that there’s no sound loud to the capacity and capabilities of human resources.

He is on the shy side of society, but you can’t take away his agility when it comes to achieving his aim.

At the 40th birthday of the London-based socialite, Azeezat Omotoke Osimade.

City People’s reporter, AYOBOLANLE OLAYIWOLA, got him to shed light on this career in the industry.

Can you tell us about yourself, growing up and all?

I am Adeleye Fabusoro, a consummate media entrepreneur and artiste. I was born and brought up in Lagos in the family of Archbishop and Rev. Mother Fabusoro. My father was a salesman, who grew to become the National Director of African Paint before heeding the call of God to become a minister in the vineyard of God.

My mother now G.O. of Salvation Church of God was a Caterer with a chain of restaurants in Lagos known as Estate Canteen. I grew up in a family of 8 children. I attended the University of Ibadan to study Theatre and Media Arts and further to bag an MBA in Strategic Marketing from the Obafemi Awolowo University, Ile-Ife before proceeding to study at a Film Academy in New York.

How did you meet your wife?

We met when one of my friends, who just completed his PhD then from Oxford University decided to get married and I was the best man. So we met we visited the wife’s family house and we took it up from there and now we are married and blessed with beautiful kids.

How did you set up Rare Edge production?

Rare Edge was established in 2014, but before then, I have been part of several productions in a different capacities. Rare Edge was set up to create a niche for upcoming artistes and to be able to do projects of Leigh’s artistic value.

Everyone in your line of profession wants fame, to be famous, why do you choose not to be known?

I personally believe in a quiet and simple life. I believe when something is simple almost always it is valued. I spend a lot of time trying to create one thing or the other. So, there is no time to consider fame.

Well, the performers need fame to survive, but we the back-end people do not necessarily need it to survive. We are supposed to create the platforms for the performers to shine bright like a piece of diamond, so I believe it is counter-productive to struggle in the limelight with them.

God, my passion for the job I do and the need to help others make their dreams come true.

What is your opinion on the growth of the entertainment industry in Nigeria?

The industry is going. Though, I believe we need to create more collaborations and global interactions to increase our knowledge-based and apply global best practices in what we do.

What inspired you to produce a movie?

I believe we are not just surrounded by stories. We are stories ourselves and mostly untold. I believe as African storytellers, our task is more than to entertain. This originality is what drives my creativity to always create and produce content.

What do you look for in a script?

Originality and truthfulness of the writer to the story theme.

Can you think about one of your previous productions and discuss what you would do differently to improve the quality of the production?

Borokini is one project that took me on a long unpredictable journey. I would re-evaluate at my disposal and probably do fewer episodes. It was cumbersome to produce 120 episodes over a period of 9 months with sponsorship.

How do you deal with unforeseen strains on the budget and for time-table during a production?

I try to foresee almost every circumstance and think of the worst-case scenario. I rehearse what to say, who to approach, and how to approach them including how to reorganise my team to achieve much more no matter what comes. I have been through a lot of near-death situations and God saved me. So, I pray to God for direction and resources.

15 Types Of Enemies You Must Avoid In Life