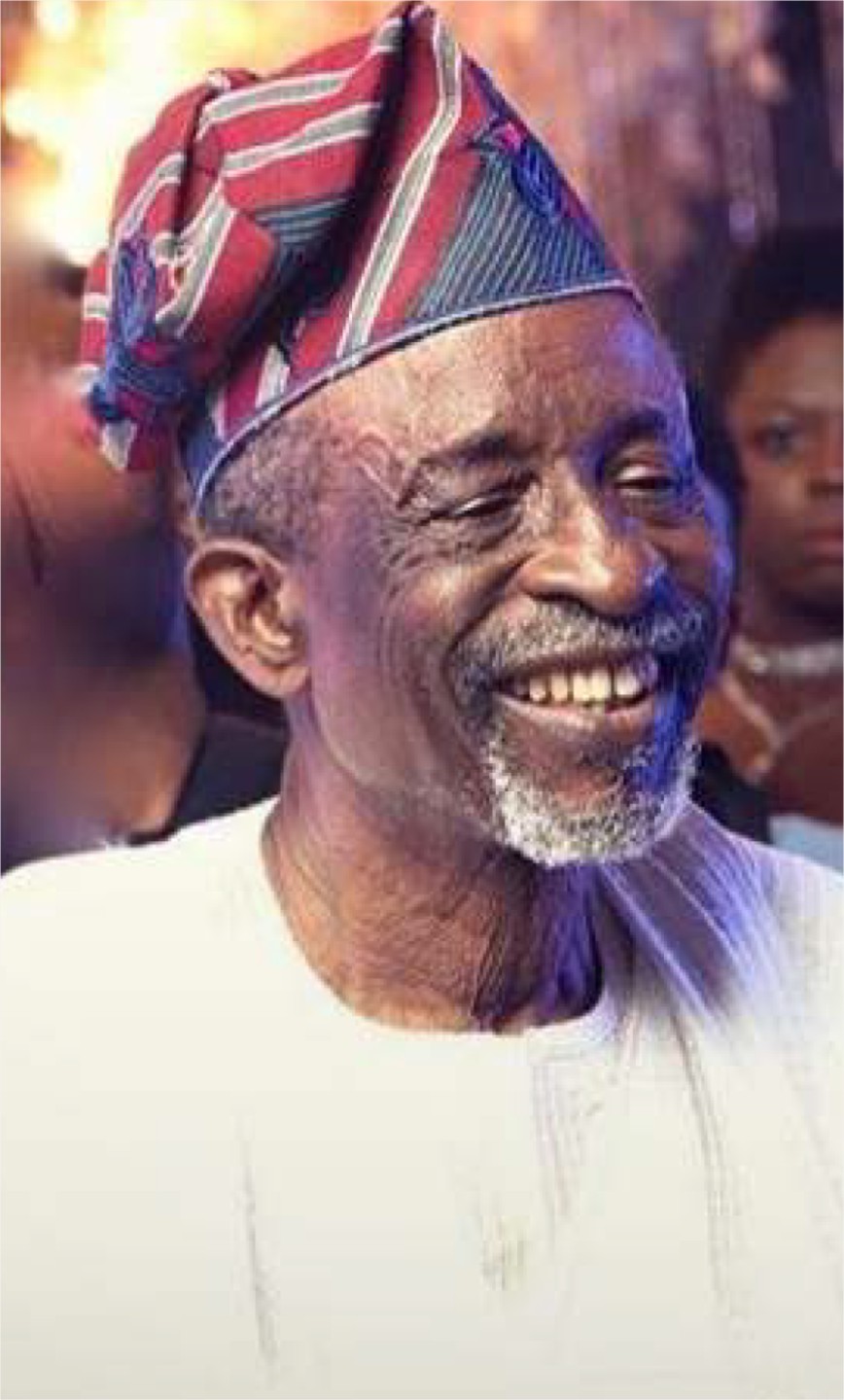 •What Many Don’t Know About This Egba High Chief

On Friday, 17th September, 2021, Elder statesman, Chief Suara Alani Bankole, celebrated his 80th Birthday at DLK Events Center, Abiola Way, Abeokuta. His wives, children, grandchildren & family members came together to honour this frontline politician and accomplished businessman who is an Egba High Chief. He is the father for Rt Hon. Dimeji Bankole, the former Speaker of the House of Representatives.

Chief does not look 80. He is blessed with a build that makes him look forever young. And year in, year out, he has kept waxing stronger and stronger.

For those who still don’t a lot about this sage, lets quickly tell you about him, Chief Suara Alani Bankole was born on the 17th of September, 1941 in a village called Iporo Oju Ogun in Odeda Local Government area of Ogun State. He came after his parents Alhaji Rufai Gbadebo Bankole and Alhaja Simiat Bankole had waited forfour (4) years. His greatness was first revealed during divination (Ikosejaiye), where his parents were warned not to take him out of the village until he was of age.

He had his primary Education in 1949 at St. Peter’s Day School, Ile Odu, a school located six miles from his village, after his uncle who had left the school before he was born. St. Peter’s Day School offered education only to elementary two. So in 1953, he left St. Peter’s Day for St. Peter’s Anglican School, Ake, Abeokuta. He completed his primary education in 1956. Gaining Admission into secondary school was a tall walk because those days preferences were usually given to Christians and he remained resolute in his decision not to renounce his religion. Three years after the completion of his primary education, he got admitted into St. Leo’s Secondary Modern School, Ibara, Abeokuta, where he later became the senior prefect. He was there from 1959 to 1961 prior to his admission into St. Leo’s Secondary Modern School, he had started working as a petrol attendant at Texaco Filling Station (now MRS) at Omida area of Abeokuta at the age of 1 5.

While he was a student of St. Leo’s Modern School, Chief Alani Bankole effectively combined his academics with his responsibilities at the filling station, where he was discharged conscientiously despite the fact he was not on salary. Having made efforts to gain admission into Baptist Boys High School on more than one occasion, he finally gained admission into the school of his dream, Baptist Boys High School in 1961. He completed his secondary education in 1965. While in BBHS, he started playing for the school team right from Class One. He later became the team captain in final year. He was the president of the Literary and Debate Team, he was the class prefect in the final year, and he was one of the

Representatives of the Academia of the Western region. But the most interesting portfolio he held while in Baptist Boys High School was the President of the Bible Society even as a devoted Muslim. In January 1966, he got three job offers from Nigerian Railways, UAC and the Federal Office of Statistics. As a man who believe so much in breaking new grounds, he opted for the Federal Office of Statistics where he worked as Assistant Statistical Officer from 1966- 1967. While there, he painstakingly improved himself academically, he wrote and passed his GCE A-Levels (Economics & Government). From the Federal Office af Statistics, 25 of them were sent to Achimota College of Statistics, the University of Ghana in 1967. He also holds a Senior Management Course Certificate from the Nigerian Institute of Management in the year 1978.

From 1989 – 1991, he obtained B.A Business Administration from Pacific Western University, Los Angeles. Hitherto, he obtained intermediate AIB in 1968 from Calvary Grace University, California where he later got an Honorary Doctorate of Business Administration (DBA) Honoris Causal in the year 1991.  In 1969, he resigned from UBA to start his business. He started business with the supply of stationeries. In 1972, he established Freight Agencies Nigeria Limited, the foremost Indigenous Clearing and Forwarding Agencies, at the age of 31. By the age of 36, he had become a millionaire in Naira, Pounds and Dollars. He was the first Nigerian to venture into lATA Air chartering where he was the chairman of IML Air Chartering Nigeria Ltd. From 1975- 1980 and also a Director of IML Air Services, the UK from 1979-1981. Chief Alani Bankole’s business drive also led him into establishing the foremost Aluminum Company in Abeokuta, the West African Aluminum Products Plc. In 1977.

From 1980 till date, he is the Chairman of Vuysteke Construction Limited. He is equally the Chairman, S.O.A properties limited from 2003 till date and the Chairman, WMP foods and Allied products, from 1990 till date. As a politician, he made an indelible mark in his Political pursuit. His vast experience made him a success in all the positions he held. He was the state Deputy Chairman of NPN from 1980 – 1982, at the same time he was a member of the National Executive Council of NPN. He was a Governorship Candidate of the NPN in 1983 Election, a founding member of POP in 1998 and the National Chairman of APP from 1999-2000. Thirty years after his advent into politics, his second son, who, he positioned to succeed him politically, Dimeji Bankole got elected as the speaker, Federal Republic of Nigeria. Chief Alani Bankole’s contribution to the sustainability of the Egba culture and tradition is inestimable. Recently, he wrote a book titled: Alake of Egbaland, The succession Dynamics where he documented the processes involved in the installation of an Alake. Chief Alani Bankole is a model in fatherhood. Though he has a large family, he ensured that all his children got educated both in Nigeria and Abroad. Ladies and Gentlemen, I present to you a man with a large heart, a bridge-builder, an enigma of truth, fairness and justice personified, the Caterpillar of Nigerian Politics, the model of Fatherhood, a successful businessman, a consummate politician, the Oluwo of Iporo Land (District Head), the Seriki Jagunmolu of Egbaland, the Kingmaker in (Egbaland), the Jagunmolu of Ketu land (Nigeria & Republic of Benin), the Apesin of Ifole Egbaland, the Baagbile of Emere (Egbaland), the Oganla of Igbesa (Egbado), the Babawoga of Gbagura (Egbaland), the Bobagunwa of Oke Odan (Egbado), the Akinrogun of Ajilete (Egbado) Omo Iya Eleni, Omo Bobo Elegbo Nla Alhaji Chief Suoarau Alani Bankole.

READ ALSO: DR. DOYIN OKUPE REVEALS HIS BIGGEST REGRET… – AS HE COUNTS DOWN TO 70

Dr. DOYIN OKUPE Reveals His Biggest Regret… – As He Counts Down To 70