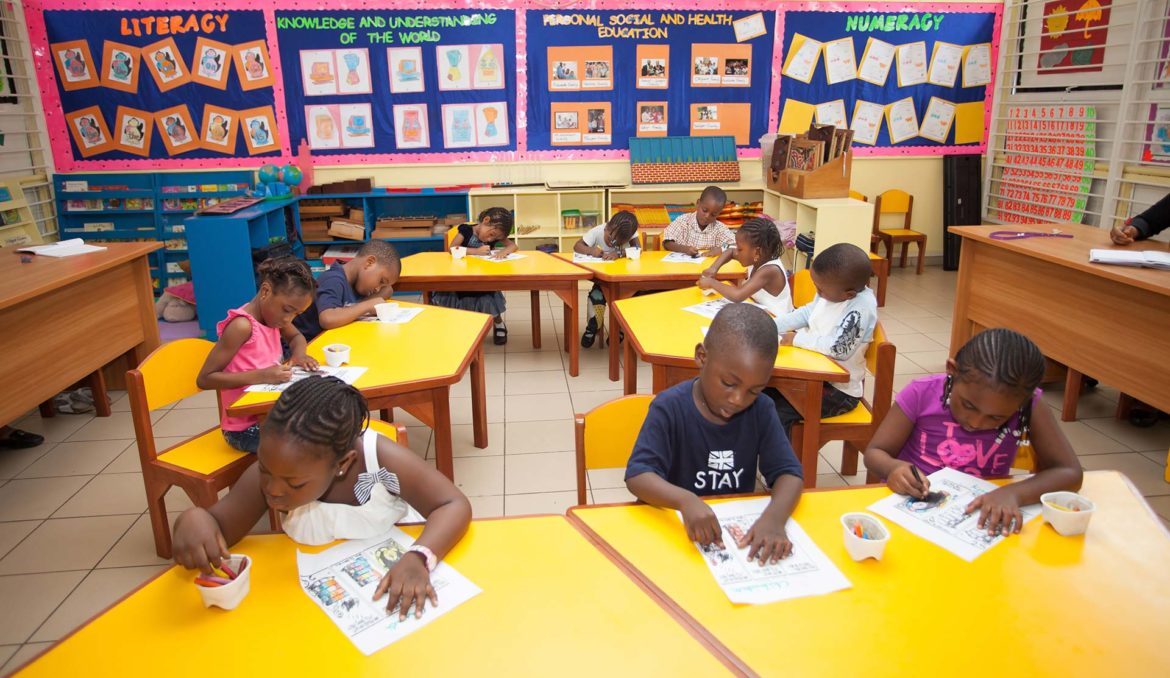 The history of Corona Schools, in general, is synonymous with the age-long quest for quality education. This was what a group of Irish, English and Nigerian women had in mind when they met in 1955 under what is known today as the Corona Women’s Society.

Their mission was “To blaze the trail in the transformation of the education sector in Nigeria”. They established a nursery school based on the British educational model at Ikoyi. The success of Corona School in Ikoyi gave the society the impetus to open additional more nursery and primary schools in Apapa and Yaba.

In 1958, the Corona Women’s Society made a major landmark when they loaned a building by Messrs. Elder Dempster at Apapa. This marked the great beginning of Corona School at Apapa. Symbolically, the school started with 60 pupils and the number ballooned to 74 by the end of the session.

Recently, at the 60th anniversary of Corona School, Apapa organised by Class 77 at the prestigious Eko Hotel & Suite. City People’s Assistant Editor, SUNDAY ADIGUN met with the CEO Corona Schools’ Trust Council, Mrs Adeyoyin Adesina, and she speaks exclusively on how Corona School, Apapa started 63 years ago and why it might be shut any moment from now.

Can we have an insight into your background?

How did the Coronal School start?

Corona School started 63 years ago with a group of foreign women on Mobolaji Johnson Avenue in Ikoyi. They were expatriates’ wives who came together to get themselves busy and decided to start a school for their children. Ikoyi Day Nursery is the cradle of all Corona Schools and the history of the school is the history of Corona Schools.  In 1954, Mrs. Anne MacDonald, who was at the time a Headmistress of a Lagos school and a committee member of The Corona Women’s Society raised a proposal that the society should open a very small school for children of all races between the ages of 3 and 5. So, in March 1955, the first Corona School, Ikoyi Day Nursery was opened at the society’s headquarters at 35, First Avenue, Ikoyi with five pupils.

The school was initially financed by the cash donation of £50 from Chief Mandilas and gifts of furniture and fittings from well-wishers. The five pupils quickly grew to twenty. Words spread through the parental grape vine and appeals were made to the committee to open a school at Ebute-Metta and from there other Corona Schools sprang up. In 1956, the Masonic Order loaned its lodge at Ebute-Metta, Lagos, to the Corona Women’s Society and the second Corona school was opened with 28-children. By the end of that academic year, the population had increased to forty. The Corona Women Society later took over the Children’s Military School in the Military Hospital premises in Yaba.

The compound occupied by the school at Yaba was eventually taken over by the Nigerian military in 1968 and the school moved again to a temporary location known as ‘White House’ at 386 Herbert Macaulay Street, Yaba. The school finally relocated to its permanent site at Gbagada popularly referred to as the “The Valley of Joy and Peace” in October, 1974. Hence this Corona School, once described as a school in transit, has been known as Corona School, Ebute-Metta, Corona School Yaba (in two locations) and finally known as Corona School Gbagada. It is strategically located at the edge of Obanikoro, Anthony Village and Gbagada Phase One areas of Lagos and the school has both nursery and primary sections. Corona School, Apapa started in 1958 with sixty children in a building loaned by Messrs. Elder Dempster to the Corona Women’s Society. By the end of the session, the population had increased to seventy-four.

Mrs. Niven was the pioneer Headmistress of the primary school and Mrs. De Borst was the Headmistress of the crèche, which was started some months earlier. The crèche later became known as Corona Day Nursery Apapa and eventually merged with the primary school in 2004. Corona School, Ikoyi was established in its present location at No. 6, Mekwunwen Road, Ikoyi in 1960 with Mrs. Boyes as the first Headmistress. It is the third Corona School to be opened with the same drive to deliver quality education to children of all races aged 5 to 11. Being situated in Ikoyi just like Corona Day Nursery Ikoyi, it serves as a continuing school for children from the Day Nursery and as such it is the only Corona School (minus the secondary school) that does not have a nursery school section in its compound.

This school was run for 23 years by Mrs. Laide Sasegbon (1979-2002). She was succeeded by Mrs. Lara Segun, a former head of two Corona Schools, who went on to become the Educational Administrator of Corona Schools Trust Council and now a board member of Corona Schools Trust on her retirement. To date, Mrs. Segun is the first and only Corona’s members of staff to have made these rare appointments. Situated in the serene area of Abijo, Ibeju-Lekki School is the youngest of the Corona Schools. The school was established in September 2008 at a temporary site at Agungi, Lekki. In 2009 a second temporary location operating concurrently with the Agungi campus was opened at Idado, Lekki to serve the rapidly expanding population. Corona School, Lekki later moved to her permanent site in Abijo, Ibeju-Lekki in September, 2013.

Also in the serene and beautiful residential area of Agbara Industrial Housing Estate in Agbara, Ogun State, Corona Secondary School was established in January 1992 with Captain Akinrinmade as the first Principal of the school. Initially, it shared the same compound with the then Corona School, Agbara, which was a nursery and primary school. This was until 1999 when Corona School, Agbara was closed as a result of dwindling enrollment owing the aging population in Agbara Estate. To date, Corona, secondary school is the only secondary school owned by the Corona Schools’ Trust Council and the only school outside Lagos State.

The school graduated the first batch of its alumni in 1997 and since then has been producing a cadre of intellectually capable and life-long learners with some outstanding performances at both the local (NECO), regional (WAEC) and international (IGCSE) examinations. In fact, it is on record that the school had produced the best result worldwide in various subjects at different times. Then Corona College of Education started as Corona Teachers’ College, which was established and known as Corona Teachers’ Training School (CTTS) in 2007 to provide high quality continuous professional development for teachers in Corona Schools and all over Nigeria. This is in pursuant of the mission of the Council to provide world-class education to children through adequately equipping teachers to do so.

When you are addressing the guests, you made a statement that surprised the audience that the school, Corona School, Apapa might be shut down any moment from now. Why?

The school is faced with challenges of the changing demography of Apapa area that was formerly residential to almost completely commercial, area and the perennial traffic gridlock; and it’s really affecting movement and I’m afraid Apapa School might be shut down soon. Imaging a school with 460 capacity now having fewer than hundred and the council has been carrying the burden, a negative balance sheet on Apapa School. So, the council decided that it’s better we shut down the school and probably look at expansion somewhere else.

What do you think could be done to reawake the sleepy Corona School, Apapa?

The thing is that the legacy of 60 years should not be wiped away like that. The reason the school is going to be shut down is not because the trust council can’t take care of it, but the area, Apapa is no more conducive to running of school. The area is not residential anymore. Young people are no more living in Apapa only the old people. So, what we can do is to spread, look at where we can people the school. Places like Festac, Amuwo and Surulere. That is why we are soliciting assistance to get busses so that we can transport pupils from those places to Apapa School. That should be enough to keep the school running.

How Corona Schools Started 63 Years Ago was last modified: July 16th, 2018 by Reporter