How Ex-OGUN Gov. AMOSUN Made DANGOTE Relocate Refinery To LAGOS 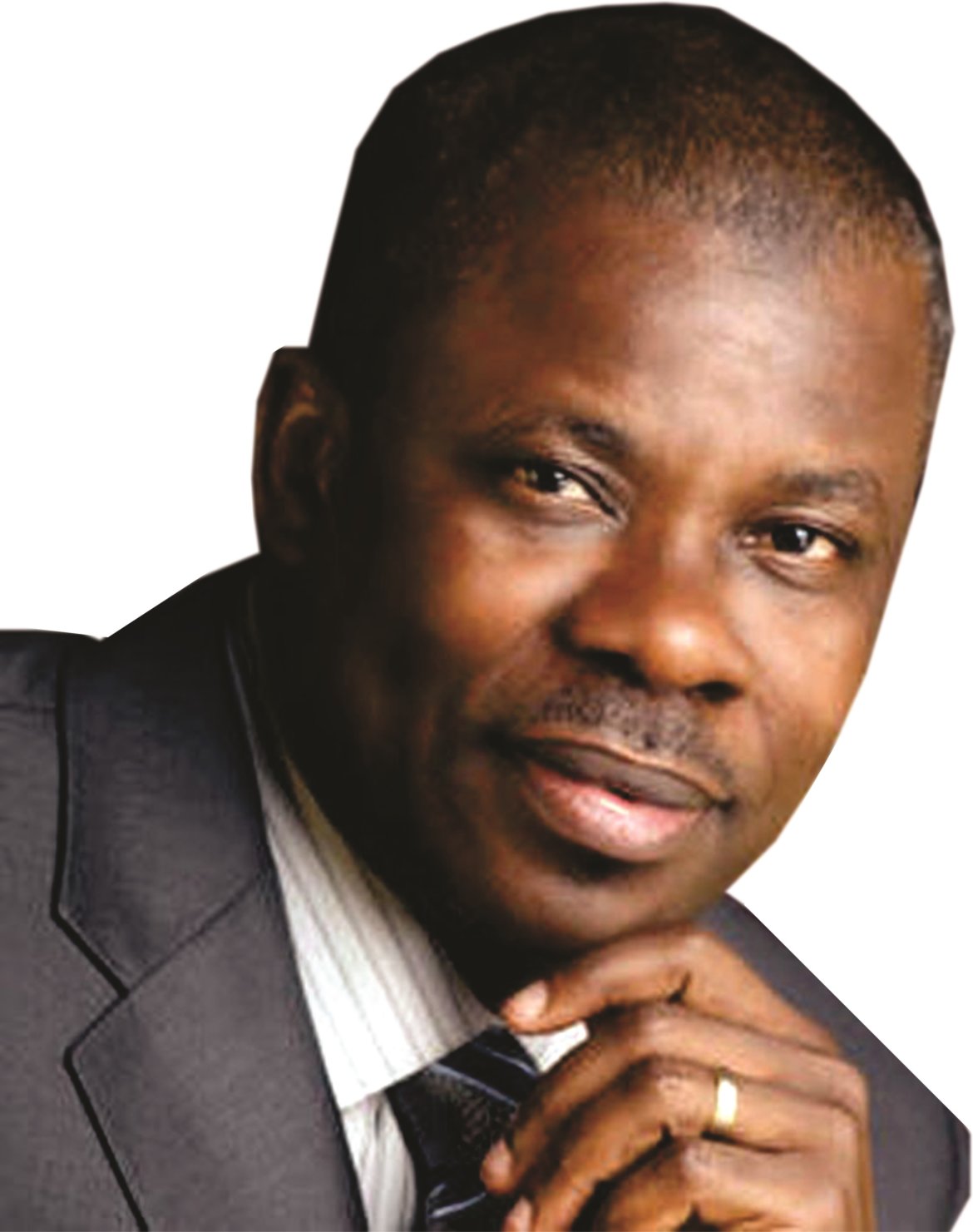 One of the things many Ijebu indigenes in Ogun State, hold against a former Ogun State Governor, Senator Ibikunle Amosun, is the shoddy manner his administration handled the Dangote Refinery project, which was to have been sited at Olokola, in Ijebu waterside area of the state.

What happened was that shorthly before Gov. Amosun’s predecessor, Otunba Gbenga Daniel, left office, he had given approval to Dangote Group to site its Refinery at the Olokola Free Trade zone. Work had already commenced before Amosun came in. City People gathered that the conditions the Dangote Group got from the then-new Amosun government were unfavourable, and unacceptable to the firm, so it had to leave Ogun East and relocate to Lekki Free Trade Zone where it is now.

The relocation of the refinery led to a big and colossal loss to the state and a huge benefit to Lagos State. Now, Lagos is enjoying the benefits of the Dangote Refinery which is about to take off. According to statistics, daily, about 150 heavy-duty trucks now criss-cross the massive land area that is 7 times the size of Victoria Island, Lagos. This is aside the 750 heavy-duty equipment stationed in what is clearly one of the biggest construction projects in any part of the world.

When completed, the site, under which lies 300, 000 cubic feet of pilled concrete, that is temporary home to heavy earth moving equipment, bulldozers, excavators, bobcats, compactors, as well as iron/steel plates and pipes, among others, will be harbouring the largest single train petroleum refinery in the world, as well as a fertiliser plant reputed as the world’s second largest plant, producing three million tons per annum etc.

The refinery is just an aspect of a $12b investment of the Dangote Group, led by Africa’s richest man, Alhaji Aliko Dangote. The project is expected to meet 100 per cent of the country’s requirement of all liquid products, ranging from petrol, diesel, kerosene to aviation fuel, and also has a surplus of each of these products for export. Furthermore, the gas project of the facility has the largest sub-sea pipeline infrastructure in the world. It boasts 1, 100km and meant to produce 3.8 million SCF of gas daily.

The project has been cited at the Ibeju-Lekki Free Trade Zone. When completed, the project would deliver to the country, the largest single train petroleum refinery in the world – (650, 000 barrels per day capacity) with 838 KTPA polypropylene plant, the world’s second largest urea plant, the largest sub-sea pipeline infrastructure in the world, world-class gas treatment stations, world-class petrochemical complex, a 480 MW power plant in refinery and fertiliser complex, and a 500 KTPA polyethylene plant.

With all these in place, the refinery designed for 100 per cent Nigerian crude with flexibility to process others crudes, apart from meeting and surpassing the country’s gasoline needs, would also create market of $11b per annum for Nigerian crude, even as it possesses strategically located marine infrastructure for crude receipts and product trade.

When completed, the facility would generate over 100, 000 indirect job opportunity (retail outlets), and lead to the establishment of 26, 716 filling stations and 129 depots in the country.

It is also expected to lead to the revival of 11,000 filling stations earlier shutdown owing to product shortages, engender easy availability of product, facilitating the opening up of service stations and create additional jobs for 2,600 trucks drivers involved in product transportation.

Even before fully coming on stream, the refinery and petrochemical complex are reasonably changing the country’s economic landscape with, at least, 120 companies providing goods and services valued at over N148b on site.

The impact that it currently has on the country’s economy also finds expression in the 37, 500 people, most of them Nigerians who are carrying out different construction work in the complex. They include 250 youths from the refinery’s host communities that have been trained as artisans and given direct employment as part of the outfit’s corporate social responsibility.

Expected to operate at full capacity from Day One, products from the refinery will go a long way in solving the problem of dirty fuel that most Nigerian motorists are constrained to buy, which, overtime, compromises engines of their vehicles.

According to Edwin, “Fuel imported into the country is not clean fuel, and that is the reason we spend a lot of money to clean fuel before use at our Obajana cement plant.

The dirty fuel in circulation in the country sure has negative effect on cars engines. Our refinery when completed would have capacity to refine crude from different parts of the world as we would produce Euro V products since the refinery is designed to process a large variety of crudes, including all African crudes, a range of Middle Eastern crudes and United States crudes.

The dearth of critical infrastructure in the country has also played a major role in jerking up the eventual cost of the entire project as Edwin said between 20 to 25 per cent of the total investment cost would be spent on putting in place support facilities, especially for the refinery, which has 47-day storage capacity, meaning that the country’s 30-day national consumption can be stored on site with ease. Evacuation of products from the complex can be done 75 per cent by road and 75 per cent by sea.

The absence of outfits that have capacity to develop huge projects in the country, forced the Dangote Industries to radically upscale its expertise in construction works, and acquire machinery that would enable it take up extra-large construction contracts.

Edwin explained: “We have bought over 750 equipments to enhance the local capacity for site works since even Julius Berger, Dantata & Sawoe, Hi-Tech and the likes were unable to handle even small portions of our construction requirement of heavy earth moving equipment, bulldozers, excavators, bobcats, compactors and front end loaders.”

The Dangote Fertiliser Plant, is on the verge of commencing operation. The facility, the largest fertiliser plant in West Africa, would save the country, a whopping $500m annually on fertiliser imports. Beyond the annual savings from import substitution, it would provide another $400m from export of fertiliser products, and this is in addition to thousands of direct and indirect jobs that would be provided.

The fertiliser plant sited on 500 hectares of land, still has room for expansion as it currently occupies only a small percentage of the space allotted to it.

By 2020, Nigeria’s population is projected to increase to about 207 million, which would lead to increased food production. Estimates indicate that around five million tons of fertiliser would be required per year in the country in the next five to seven years, bifurcated into 3.5 million tons of urea and 1.5 million tons of NPK, while current production levels are at 1.6 million tons by 2019,” Edwin said. He added that with time, NPK and ammonia plant would be erected within the facility to further add to its offerings. This is what Ogun State has lost.

According to Uhuru Times, an Online medium, based in Ogun State, Senator Ibikunle Amosun, may have for political reasons denying , Alhaji Aliko Dangote, a platform to site his petro-chemical plant at Olokola, Ogun Waterside Local Government, thus causing the loss of a planned $20 billion investment in the area to neighbouring Lagos State.

Olokola was approved by the Federal Government as a Free Trade Zone, during the administration of former Ogun Governor, Otunba Gbenga Daniel, Billed to host a deep sea port and petro-chemical plant among others, the Olokola FTZ project was expected to boost the industrialisation of the state and act as a catalyst for massive employment.

The Olokola FTZ project was lavishly promoted as an initiative of Daniel throughout the life of the immediate past administration. Upon assumption of office, Amosun allegedly moved against the mega projects with ties to the initiative of his predecessor.

A damning report commissioned by some aggrieved industrialists, who are indigenes of Ogun State, lamented an alleged “short-sightedness” and “vindictiveness” of Amosun’s administration, which forced Dangote Industries Limited to relocate its planned petro-industrial complex billed for Olokola to Lagos State.

According to the report, “The Dangote Industries Limited wanted to develop the Olokola Free Trade Zone by constructing a major deep-water Port to handle containers, bulk cargoes and liquid cargoes which would have become a hub for the entire West Africa, a Petroleum Refinery Plant, a Petro-chemical Complex and a Fertiliser plant.

“The total capital out-lay was more than $20 billion.  Accordingly, the Group invested in acquiring the majority shares of the Olokola Free Trade Zone by investing a large sum of money.  But upon the assumption of office by administration of (Senator Ibikunle Amosun), the Ogun State Government discouraged the Dangote Group from the construction of the Port and it agreed to drop the construction of the Port.

“However, the company decided to go ahead with an investment of more than $2 billion by constructing a Fertiliser plant of 3million tonnes per annum capacity, in two trains of each of capacity 1.5 million tonnes per annum.  Each of these trains would have been the largest trains available in the world today.  The plant was scheduled to meet the entire fertiliser requirements of the country as well as export more than half of its production. “The Petroleum Refinery was designed for a capacity of 650,000 barrels per day, the largest single train refinery in the whole world (the current largest single train refinery has a capacity of 400,000 barrels per day), with an investment exceeding $12 billion.  “The refinery was scheduled to meet the entire requirements of Petrol (PMS), Diesel (AGO), Aviation Jet Fuel and Kerosine requirements of the country and also export part of the production.

“The Petro-Chemical Complex was scheduled to produce 3.6million tonnes per annum, primarily for export, with an investment exceeding $3 billion.  These investments would have energised the entire economy of Ogun State.  The state would have become a gateway for the entire country since the Apapa port and Tincan Island ports are completely choked up and, most of the imported goods primarily move to the hinterland.

“It is, indeed, unfortunate that Ogun State lost this fantastic opportunity to the Lagos State because of its approach in discouraging the investment opportunities.  After having acquired the majority shares of the Olokola Free Trade Zone, the company had to abandon the site and move to Lekki, where the Lagos State Government welcomed the company with open arms.

This opportunity is tantamount to a crime against the people of the state, because of the huge potential inherent in the investment, which would have secured thousands of private sector jobs for our unemployed youths and also market the state as a definite investment destination alternative to Lagos State.