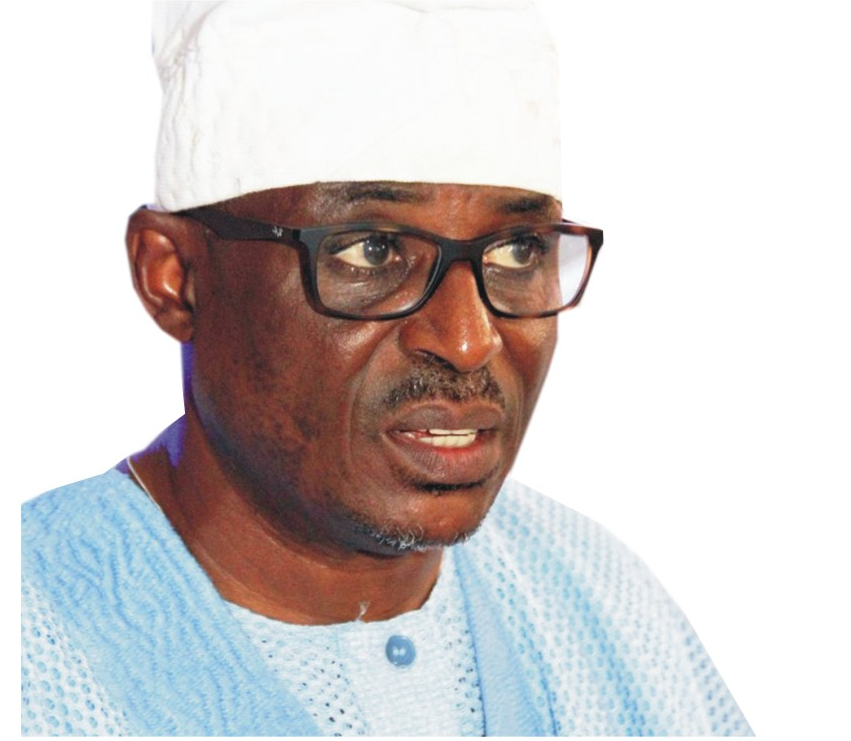 Whenever his name is mentioned, what immediately comes to mind is Construction. This is because Otunba Abiodun Onanuga the Giwa Bobakeye Akile Ijebu is a Construction giant. So popular is he all over the country that people simply call him by the name of his company, NUGACON. Onanuga who turned 60 a few weeks back has achieved greatness through hard work and also has greatness thrust upon him through his unique leadership qualities among his peers.

Born on the 22nd of June, 1958 at Ijebu-Ode. Otunba Abiodun Onanuga started his Primary School education at Emmanuel Anglican Primary School, Italupe, Ijebu-Ode in 1963. While in the elementary school, his sporting skill was discovered and between 1964 and 69, he was the star to beat on the tracks at any Inter-house sports competition in all the primary Schools in Ijebuland.

But young Abiodun did not just sparkle in Sports. His academic brilliance also manifested early as he emerged with the best result in the School in 1969.

He was admitted into the prestigious Ijebu-Ode Grammar School (JOGS) in 1970 and in 1974, he won the first, Best Student Prize in Technical Drawing in the history of the school. He proceeded to the Federal School of Science, Victoria Island, Lagos, for his ‘A’ levels in 1974, after which he had a brief stint as a Teacher at the Saint Vincent Catholic Secondary Commercial School, Ijebu- Igbo, between 1975 and 1979.

He was admitted into the nation’s premier higher institution, Yaba College of Technology, in 1976, to study Building Technology and graduated in flying colours in HND (Building) in 1981.

His professional practice started at the Federal Housing Authority, where he served the mandatory one-year National Youth Service (NYSC), demonstrating remarkable skills as an astute professional during the service year. Before then, he worked briefly with Edilit Construction Limited in 1977 during his Industrial Attachment, when he was exposed to the practice aspects of building construction at the University of Lagos Towers, under an Italian Builder, Mr. Kanazi. He also worked briefly with BASIC Construction Limited and later Rotimi & Sons Limited, where he supervised the construction of blocks of Flats at Festac Town, Dodan Barracks and Ikorodu Housing Scheme in 1978. He was also involved in the setting out and construction of L.S. D. P. C Low and Medium cost Housing Scheme in 1979 at Isolo/Ejigbo, Lagos.

A goal getter, Otunba Onanuga had his goal set early in life. Rather than join the ever-increasing labour market after his youth service in 1982, he decided to face squarely the challenges of life. He set up his own business, Nugacon Construction, which was incorporated as a limited liability company in January 1984 and registered with the Federal Ministry of Trade and Industry. Federal Ministry of Works and Housing (Category D;, Lagos State Ministry of Works and Housing, Lagos State Development and Property Corporation Nigerian National Petroleum Corporation, Central Bank of Nigeria National Electrical Power Authority now PHCN and a lot of other private and government companies and parastatals.

Desirous of establishing himself firmly in the building profession and never to do things in half measures, he registered and sat for the Nigerian Institute of Building examination and qualified as a Chartered Builder (MNIOB). He is a distinguished fellow of the Nigerian Institute of Building (FNIOB), inducted into the Institute’s College of Fellows in 2004.

Nugacon Construction Company is involved in the construction of residential, industrial and institutional buildings.

It has also contributed immensely to the development of the building industry in Nigeria by way of providing training to students from the nation’s universities and polytechnics at various levels, winning an Award of Excellence by the Nigerian Institute of Building in 2004.

Through dogged determination, unwavering commitment to making his mark and the undeniable grace of God, Otunba Onanuga has successfully passed through the furnace of life and attained success, with the aura of success surrounding him.

While many in his age bracket were still finding their ways through life, he had already established himself professionally and was consolidating his success. Life was good and he had no qualms living it to the hilt. Onanuga built his first house in 1996, at the age of twenty-eight. He has Oba Adetona to thank for his wise counsel, mentoring and guidance.

When the V-Boot range of Mercedes cars hit the market, Otunba Onanuga bought one for himself. However, Oba Adetona, the Awujale and Paramount Ruler of Ijebuland, counseled him to dispose the car and build a house instead. He heeded the advice of the sage and has never been tired of doing so ever since.

His nephew, Mr. Bayo Onanuga who is the MD/CEO of  NAN also threw some light on how Giwa Onanuga became a big real estate guru.

“After his senior school certificate, in 1974, Biodun left Ijebu-Ode for School of Arts and Science in Victoria Island, Lagos. It was from there that he was admitted by Yaba College of Technology to study Building Engineering. I believe the course was tailor-made for him, as it marked a defining point for his future”.

“After OND, and during the compulsory one year IT at Lagos Town Planning in Ilupeju, Biodun began to draw building plans for people and earn some extra-income. From drawing plans, he began also to supervise the building. The job at the Town Planning was Biodun’s first and last”.

“He never worked for anyone else, except himself after graduation”.

“He bought his first car while doing the IT, around 77/78 and a few years after he also built his first house in Ijebu-Ode. He was in his twenties. By this time, his young company NUGACON was beginning to bear fruits and he was on the march to earning a living from the skills he learnt at YabaTECH. He has never looked back since then”.

Giwa Biodun Onanuga also revealed why he went into Construction.

“The road to success is laden with thorns” he wrote. After graduating from Ijebu-Ode Grammar School, I taught briefly for one year at Saint Vincent Secondary School, Ijebu-Igbo, before I gained admission into Yaba College of Technology. But I knew from my childhood that I was going to become an Engineer but which aspect of Engineering, I did not know then.”

“Later on in life, I realized that I was more inclined toward Architecture. Fortunately, I have another uncle, late M. A. Onanuga who we called Daddy London, a Quantity Surveyor.”

“I visited him in his office one day and met him pricing some bills of quantity. I asked him what he was doing and he told me it was an aspect of building. He asked me if I will be interested in going into quantity surveying which is more of calculations. I opted for something more practical, which is construction and that was why 1 decided to go into Building Engineering.”

“As at that time, there was only one institution, Yaba College of Technology, which was offering building Technology as a course arid that was the only institution I could go then because all the other institutions offered Civil Engineering etc. I was actually offered admission by the University of Benin in 1976177, to read Chemistry, but because I wanted to be a builder. I opted for Building Technology.”

“In 1978, as an Ordinary Diplomat in Building Technology, and with his exposure to the practical aspects of Building Technology, Otunba Biodun Onanuga had already started bidding for and winning contracts. The entrepreneurial trait in him started materializing and he became a Chief Executive at a tender age.”

“His lust for more skills in Building technology made him to be admitted for the Higher National Diploma in Yaba College of Technology which he concluded in 1979.”

“At age 21, Otunba Biodun Onanuga had his first building.

“It should be noted that he had always been an entrepreneur right from his Post NYSC days. He had never worked under any Chief Executive Officer. This showed the entrepreneurial traits and characteristics in him.”

“He set up NUGACON, a building construction company, which has from inception carved a niche for itself in the Nigerian Construction industry.”

“The company has since been undertaking various challenging and high profile construction projects around the six geo-political zones of Nigeria and the Federal Capital Territory, Abuja.”

“One of the things that stand him out among his peers is his Integrity. He will never make a promise without committing his heart and resources to it. He hardly says anything he does not mean.”

How Giwa BIODUN ONANUGA Hit It BIG In CONSTRUCTION was last modified: July 16th, 2018 by Reporter