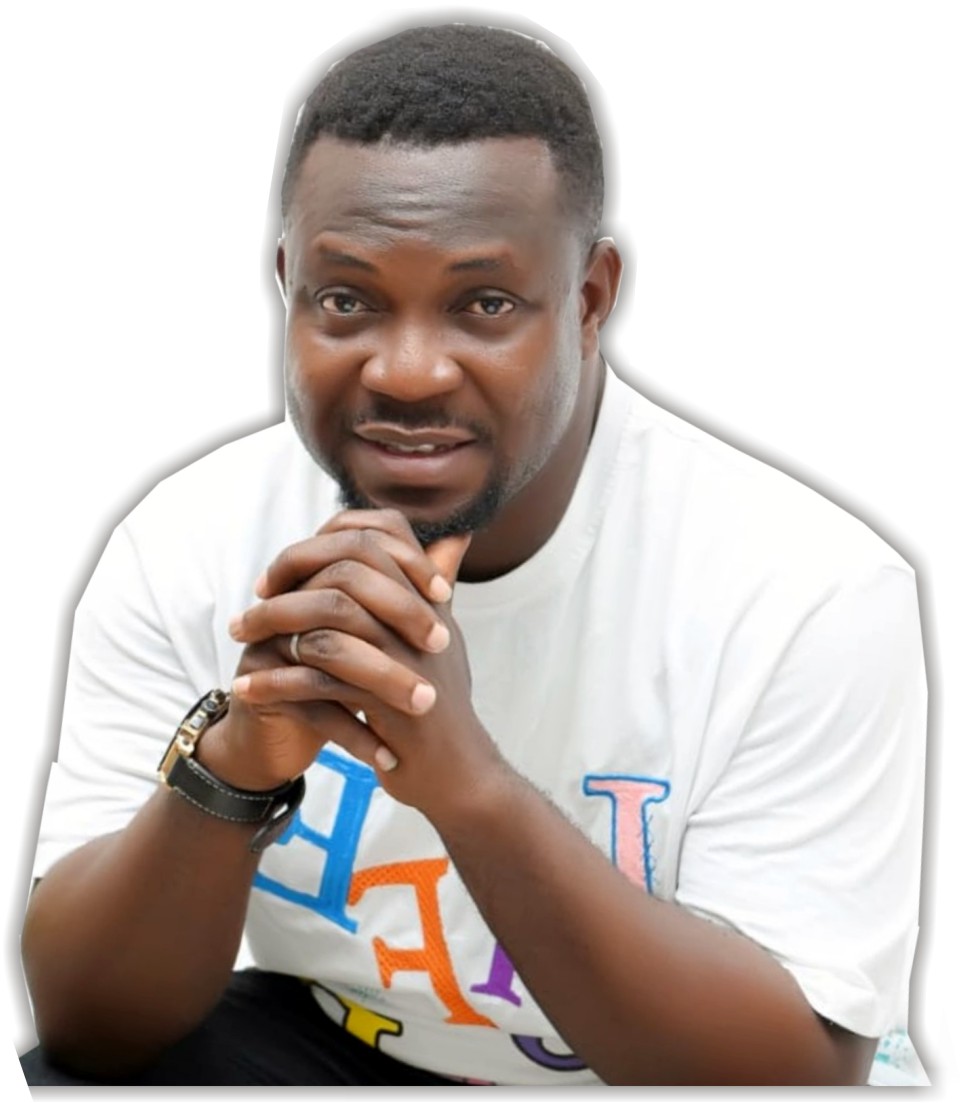 •The Gospel Singer On His 20 Yrs On Stage

Popular Gospel Singer, Segun Elijah Ajidara is one of the hottest Gospel artists making waves now. He sings like the late Olubukola Olomola who everybody knew and called Baba Ara in his lifetime. Segun is one of the people who keep bringing up the memory of this great Gospel Singer who died 18 years ago alive. You can’t really differentiate his voice from that of the late Baba Ara. They sound alike, and what about his charisma on stage too? Segun Ajidara is always on point. It is this style of music had made him win many people’s hearts, especially those that don’t joke with Baba Ara’s songs when he was alive. Apart from that, the Celestial Church doesn’t one-bit joke with Segun Ajidara why? Because of the part he chose.

Starting wasn’t a bed of Roses for Segun Ajidara even though he was opportune to meet with Baba  Ara just one time, Yes, just one time before the death of Baba Ara, contrary to many questions people have been asking like, how come he sings so much like Baba Ara? Is he Baba Ara’s son or were they related? City People can tell you authoritatively that Segun Ajidara only met Baba Ara once in his life, and it was on the basis of asking him to perform at his late father’s 1-year remembrance which Baba Ara gladly accepted to do until God took him. Don’t let me bore you with the story. Sit back and enjoy the exclusive interview. Segun Ajidara revealed how he started singing from a tender age, how he got his 1st award (Best Vocalist of the year in 1987) at age of 13 years. How he formed his band “Ododo Jesu Gospel singer in 1996. How he met Baba Ara when his dad died in 2002 and has devastated, even though that was the same year he started professionally. He picked up his career in 2002. Segun also revealed the many roles of late Alade Aromire in building his career, in this exclusive interview with City People, SUNDAY ADIGUN. Below are the excerpts.

We noticed your movement these days, and we’ve seen how you’ve been singing like the late Baba Ara, how did that come about? What inspired it? Are you in any way related to him?

Thank you sir, I am Daramola Olusegun Elijah popularly known as Ajidara. I used to say, that the Ajidara name is a blessing from God, to honour my name. I have my own pattern of music before I started singing like Baba Ara. Because I’m from CAC by background, and everybody knows the way we sing in CAC. I only saw Baba Ara ones in life. I was privileged to meet with him the year my father died, that was 20 years ago, then I had not started singing like Baba Ara. When I wanted to see him, his Manager denied me access, it was Baba that told them to allow me, and what I wanted to see him for was to inform him that we would like him to perform at my father’s 1-year remembrance, which he agreed. I would say it’s God’s will for me to sing like Baba Ara. That is why I always present myself to people as “God’s sent” to continue a journey, for a purpose that I don’t know yet. Since then I met him I never see him again until the day I saw him in my dream. I saw him singing in that dream and I walked up to his manager, to tell him to give me Mic to sing for a few minutes I love the way he was singing. And in that dream, Baba Ara came to me, lifted me up on stage and gave me a Microphone to start singing, and I woke up. You know as a CAC boy I knew right away that God was telling me something through that dream. I concluded in my mind that maybe God wants me to join his band. Then, I started looking for how to join him, but unfortunately, on that same night I was thinking of how to get him, I heard of his death. I cried that night, that I couldn’t meet with him before his death. I now noticed that anytime I go to a program or show to perform, naturally, I will start sounding/singing like Baba Ara, since that day. So, I want to believe that is how the holy spirit and God want it, for a purpose I don’t know till this moment.

Looking back, how did your journey into music start?

As I said, I’m had C.A.C background. My parent were singers in our family church when I was young. The way I used to do in the midst of all the choristers then made them give me chance to exhibit the talent God has given me. Nobody taught me how to play many of the instruments. The only thing I was taught is how to play the keyboard and drum set, with every other musical instrument I can play them conveniently. Lots of people love me for that. I was asked to vocal during one of our children’s anniversaries, I did well, and I was promoted to the Senior choir that same day. Then in 1987 church chose me to represent them in a Vocal competition and I won the Best Vocalist of the year. My dad is from Ekiti and he really wanted me to study. God gave him his own ministry in 1991 and I became the Choir Master from 1991 to 1995, I was doing very well with my church patterns. I was doing well in school and in some other groups. 1996, I started my own group which I called “Ododo Jesu Gospel Singer” because I believed I was young. I was going to different events, and concerts to perform and I was doing brilliantly well. 1998/1999 I met someone who gave me money to boost my career and build my group. Towards the end of 2007, my band matron gave me 25,000, I gave the money to Ayo Kilani in the presence of my dad to book me for a studio session, and I was given my session on March 11th, 2002, but I couldn’t achieve that because my dad had an accident on March 9th and died on the 10th of March.

I was devastated, even many people testified to it that my dad was my backbone. I lost interest in music because I taught the career had ended, I was just trying until I met the man I refer to as my father to date, in the person of Sir Kunle Akanni Amos. I played for myself, but on that day my 1st Manager told my brother that I can’t make it as a singer, that I should go and learn carpentry or vulcanizer because we don’t make money. Sir Kunle Amos heard that and he introduced me to someone who took me to the late Alade Aromire. Prince Alade Aromire gave me another trial, all this time I was already singing like Baba Ara, and he loves it. Then he gave me the opportunity to wax Ajinde ati Iye record, which I performed live on stage. It was after that performance that Alade Aromire and Alhaji Shabas decided to spend on me. They sold the album and made money from it. That was how it all started, and here we are today.

How old were you when you received your first award in 1987?

What are the challenges you’ve faced in ministry and still facing?

So many challenges when I first started so many discouraged me. They said I should go and find something better doing rather than building on another person’s glory, must you sing like Baba Ara? All manners of castigation. There was no helper. Nobody to invest in me at all. It was only late Alade Aromire and Sir Kunle that God used to connect me. I can never forget Dapo Oshin and Funke Bolarinwa, these two connected me to the late Alade Aromire. There are so many challenges; in the ministry, in the family. At a point I was rejected, I had no one to call on, no one to run to. You know we have lots of people who were already sounding like Baba Ara even when he was alive, they don’t want to give me space at all if not for God, but today, the story had changed. Though at the moment we are still facing some challenges God has been helping us with the help and connection of people that we’ve met, especially some of Baba Ara’s fans, those that loved Baba Ara when he was alive, they are beginning to see us now, they are saying our sound is different, our sound is unique.  They said they are hearing what they used to hear from Baba Ara and then from us. But so far so good it has not been easy.

How GOD Told Me To Sing Like Baba Ara – SEGUN AJIDARA was last modified: April 27th, 2022 by Sunday Adigun