How Gov. ABIODUN Got Many OGUN APC Leaders Angry 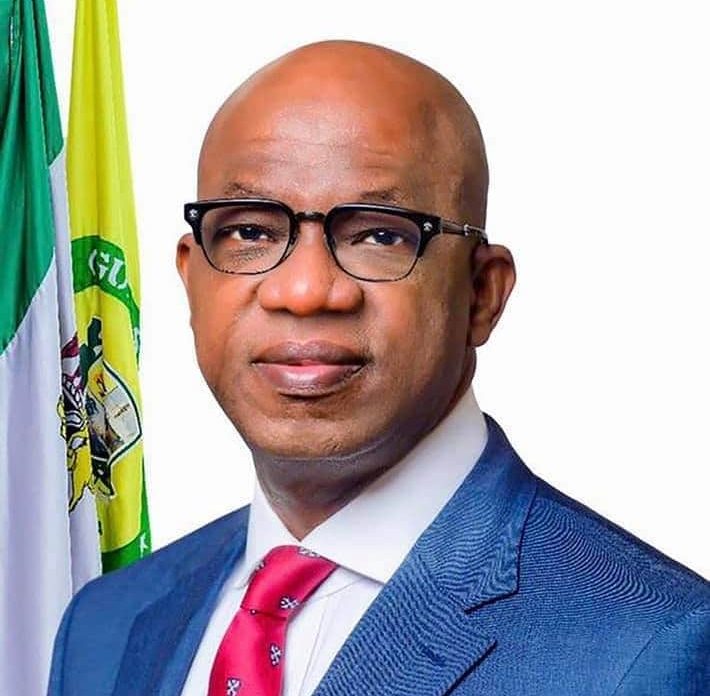 •Over His Handling Of Party Welfare

A lot of Ogun APC party leaders across the state are angry right now with the way Gov. Dapo Abiodun has been handling the issue of the welfare of party leaders from the ward level up to the local government level.

City People gathered that although there have been complaints over the years about the Governor’s lackadaisical attitude to issues concerning the welfare of party leaders, nothing serious has been done about it.

What brought the issue to the fore a few days ago, was the loss of Osun State by the APC, when Gov. Oyetola lost out to the PDP guber candidate Senator Ademola Adeleke.

The sad loss of Osun made many APC members begin to warn other APC Governors to beware of the dangers that are looming ahead. With the loss of Osun, all eyes are now on Gov. Dapo Abiodun. After the huge loss recorded in Osun by the APC, all attention is now being focused on Ogun State.

Barely two weeks after the Ileya Festival, the party big wigs who make political decisions in Ogun State are already expressing their grievance openly over the way the governor, Prince Dapo Abiodun handled the Ileya festival in the state, and are using this flaw as a premise to dislodge him from power, come 2023 at the gubernatorial poll.

It is a known secret that the Ogun people don’t joke with loyalty and token of kind gestures where it matters. This is not peculiar to Ogun State, but the entire Southwest.

As it has been in the tradition of Yoruba states, the governors usually seize festive periods to reach out to all the political kingmakers, elderly, youth movements, and market women, by giving out food items, cash, and other gifts that are worthy of note, to acknowledge their support over the years.

“This system has never been skipped from the era of Aremo Olusegun Osoba, up to the two terms of Senator Ibikunle Amosun explained a party leader. “They will share quite a number of fat chickens, gallons of groundnut oil, and cash during Christmas and Easter. They also share a hamper of fruits and give live Rams during Ramadan and Ileya respectively.

This token of kindness usually strengthens the relationship between the Governor and the stakeholders who determine his fate for subsequent ambitions. However, City People got wind of the information that Governor Dapo Abiodun did not distribute ram to adequate quarters at the last Ileya festival. And for this reason, the elders are angry with him.

One prominent Elder expressed his disappointment after he was not able to get this year’s Ileya ram from the Governor. He narrated how he was not financially able enough to afford a live Ram this year and how he had to make do with cow meat to save his face and make his family happy while he was being ignored by the governor that he had worked so hard for.

“Governor Dapo really disappointed me and a lot of people this year. “He could not share Ileya Ram for us as expected. As a matter of fact, I was so broke this year I had to go and buy Cow head for my family so they can also celebrate this Ileya like others.”

One thing that is worthy of note however is that surprisingly a day before the Ileya, I just saw a huge fat live Ram tied to the pole in my compound and I was told the ram was brought to me by Hon. Ladi Adebutu’s boys. “I was shocked. This is a man from the opposition doing the right thing that we expect from our own governor”. “Ladi did not give only me. “I got a call from many of our party members who got the similar size live Rams from Ladi Adebutu. “He has done well, and his good works will not go without being appreciated and rewarded,” the APC stakeholder concluded.

Although Everything may appear calm on the surface, these are some of the tough battles undergrounds between Ogun State Governor Dapo Abiodun and his one-time loyal supporters. City People recently wrote a piece on how a large cross-section of aggrieved stakeholders within the party are not happy with the governor, and his media boys were quick to refute the report.

The news in town now is that the PDP gubernatorial candidate is penetrating the APC and evaluating Governor Dapo Abiodun’s weak points and building on them to divide the support base to his own favour. As of press time, it is reported that Governor Dapo Abiodun has fallen out of favour with most of the key stakeholders in the APC. One other party member who pleaded to speak anonymously stated that even former Ogun Governor, Chief Olusegun Osoba has also left him, because of how he was abandoned by this government.

“Baba decided to play mum because he knew what the people would say. Baba Osoba played a very important role in his emergence in 2019, but he did not get the equitable reward”, he stated.

A Lagos-based activist and legal practitioner, who joined in the debate stated that it is somewhat difficult to have a governor who has been a businessman all his life to know or understand the dynamics of selfless giving like the core politicians who have been in the game go many years.

As for Ladi Adebutu, he may not have won on many occasions, but he has been in the game for over 20 years. He has also been with the Ogun people for more than 30 to 40 years. He is more familiar with the needs and demands of the people. He sits wine and dines with them. He has attended over 30 Ojude Obas and he’s a strong participative member of his regberegbe. Not to mention the fact that he has single handily employed no fewer than 5000 youths from the state to run most of his home-based establishments in Ogun state.

In view of all of these, it may be posited that Gov. Abiodun is not in full control of the APC in Ogun State.

Spectators of Ogun politics have also predicted a tough battle for Abiodun to secure a second term in office, as his predecessor, Senator Ibikunle Amosun is still working round the clock and capitalizing on the APC crisis to give the governor a run for his money.

2023 will, no doubt, be will be survival of the fittest between Abiodun and Adebutu in 2023.