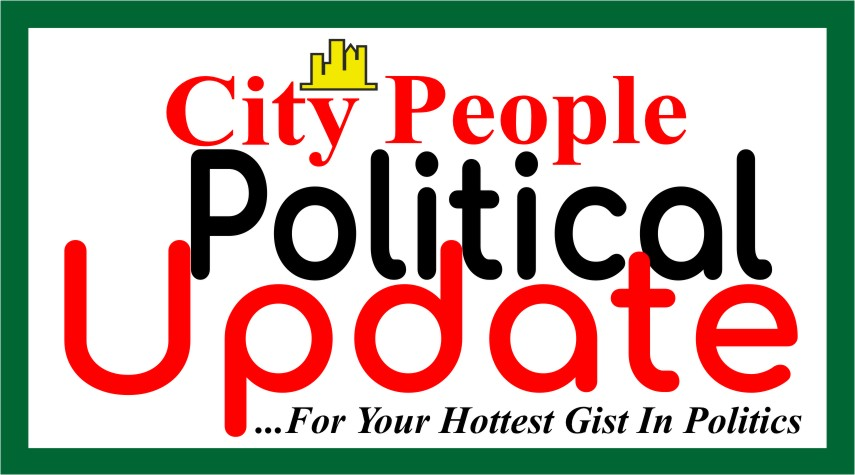 Aremo Hon. Adeyemi Alli is a seasoned grassroot mobiliser. He is the LAGOS APC candidate for Mushin Federal Constituency 1. Before now, he has held so many key positions in the executive and legislative arms of government, the last  being as Executive Chairman of Odi-Olowo/Ojuwoye LCDA.

As the LCDA boss, he did a lot to transform his area. He based his performance delivery on quality service, aimed at improving the standard of living of the citizens. A quiet revolution began in Odiolowo-Ojuwoye L.C.D.A with the emergence and inauguration of Aremo Adeyemi Alli as the Executive Chairman in October 2003.

Aremo being a goal getter and an achiever, immediately embarked on developmental programs and projects that steered the ship of the council area to loftier heights. Under the leadership of Aremo Alli, the municipality witnessed transformation in various sectors and attestations to these have been received from far and near. His activities can be best described as Community Tailored.

This is evident through numerous developmental strides taken across the nine wards of the council area, traversing roads and drains construction/rehabilitation, health care service delivery, improved educational facilities, construction of blocks of classrooms, rehabilitation of dilapidated classrooms, welfare and poverty alleviation programs, purchase of official and utility vehicles to enhance internally generated revenue and self sustainance, youth and sport development, environmental sanitation and security of lives and property.

The residents of Odiolowo-Ojuwoye Local Council Development Area will forever be grateful to Aremo Adeyemi Alli’s led administration for the “Water for all” project which brought great relief with three hundred boreholes sunk across the council area. Without doubt, the unfettered access to quality basic essentials of life as enjoyed by the people has been a case of promise made and promise kept by the Executive Chairman.

Whenever he talks about his achievements, he never fails to acknowledge the support of Asiwaju Bola Tinubu, the National Leader of APC He once wrote: “Today, tomorrow and forever, the books of history would always set aside its few pages for the celebration of an exceptional leader, a consummate politician, a fearless activist, a great Nigerian, a distinguished congressman, a right advocate, a democrat and a patriot per excellence”.

“Asiwaju Bola Ahmed Tinubu has lived an exemplary life characterized by struggles, trials, tribulation and triumphs. In dark ages of the military era, Asiwaju Bola Ahmed Tinubu showed courage in the face of daunting challenges. Having said this, I must make a haste to admit that in my years of sojourn along this path of honour, I have met and seen great men of uncommon gem of inestimable value, but none compares to the great Jagaban Borgu! Our Leader, Our Pride!!

It will be an attempt in futility to describe Asiwaju Bola Ahmed Tinubu’s consistent and unequaled eloquent brilliance in mere mortal words. However, it is this great man I call My Leader, My Father, and My Mentor. He has been with me through this successful journey and I feel honoured and greatly humbled that I have the privilege of having learnt under his tutelage. May God continue to shower His blessings upon him, and may he live long to enjoy the reward of his exemplary leadership. I will not fail to appreciate my other innumerable Political Leaders that have always been there for me. May God continue to him you with wisdom to lead us to the promise land”. He wrote this several years ago.

Who is Hon. Adeyemi Alli? He is an astute administrator and strong grass root mobilizer, born and brought up in Odi-Olowo/Ojuwoye Local Council Development Area, Mushin Federal Constituency I, Lagos State. Alii endeared himself to the downtrodden in the Council through his philanthropic gestures even before his foray into party politics. He had his elementary education at Ojuwoye Public Primary School and later proceeded to Arch Bishop Aggey Memorial Secondary School, Mushin for his post primary education.

For his Tertiary education, Yemi Alli attended Nigeria College of Administration Badagry. Aftermath, he became an Associate Member of Chartered Institute of Administration (ACIA). In his quest for more knowledge, he proceeded to Olabisi Onabanjo University, Ago Iwoye for his post Graduate Diploma in Public Administration (PGD).

Hon. Adeyemi Alli also has a Masters in Business Administration from Ladoke Akintola University of Technology, Ogbomoso, Oyo State. In 1987, Hon. Adeyemi Alli worked at the defunct National Bank Ltd. and later joined Word A bond Finance and Security Ltd. Broad Street, Lagos. He also worked between 1993-1996 at World Gate Building Society Ltd (A Mortgage Bank). At the inception of the current democratic dispensation in 1999, Yemi Alli was elected a Councilor to represent Ward B2 . Also His sterling leadership quality made his colleagues to elect him leader of the Council, Mushin Local Government Legislative Arm between 1999-2003. Alli is a Charismatic, outspoken politician with massive followership in his constituency. He is happily married to Oluyemisi Khadijat and blessed with children.

As a grassroot developer and Traiblazer, Odi-Olowo/Ojuwoye Local Council Development Area witnessed Rapid Transformation under his watch. Under his administration as the Executive Chairman of Odi-Olowo/Ojuwoye LCDA, priority attentions were given to social welfare and infrastructural development.

The  performance of Hon. Adeyemi Alli as the Chairman of Odi-Olowo/Ojuwoye LCDA has greatly impacted life of thousand of resident through, Job Creation, Pilgrimage Sponsorship,  Trades  and Artisans support, Feed the elders programme.

•Many Women and Ladies were empowered through YEMWOF an NGO of the wife of Hon. Adeyemi Alli.

How Having Been An LCDA Chairman Prepared Me For My New Role was last modified: February 12th, 2019 by Reporter