How Hip-Hop/R&B Can Help Educators, Parents Explain These Troubled Times to Children 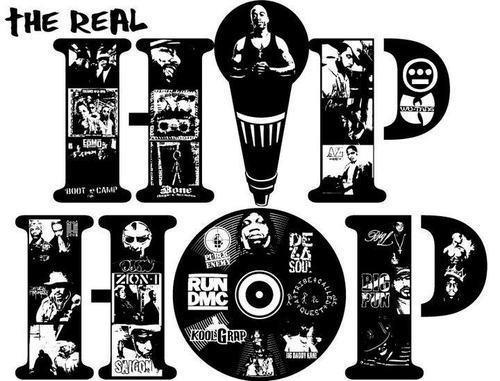 Knowles isn’t the first Black artist to have her work turned into a curriculum. Kendrick Lamar, Lil’ Kim, Lauryn Hill, Jay-Z and Tupac are among the few whose art has been used to teach different aspects in literature or explain social issues erupting within society. The news about Knowles’ album, however, is putting the importance of finding unique ways to educate our children back in the forefront. Art imitates life, and Black artists use their music to break down the various injustices that take place in their communities. It gives us the truth from their perspective — the Black perspective.

Schools in urban cities or where the majority of students are Black and Latino should incorporate some curriculums based on culturally influential hip-hop and R&B albums to teach subjects such as literature, history and current affairs. I have taught English/Language Arts at the junior-high level and have conducted various workshops for high school students. I used music from artists who looked like them and had similar life experiences to teach about literary elements, poetry and social issues, and also to instill confidence. The students were more receptive to and intrigued by this form of education than they were to using texts they couldn’t relate to. Educators may not be able to delve into more complex issues as if they were teaching a college course, but using music in the classroom works. It allows Black and Latino students to feel as though their experiences and thoughts are valid because what is being expressed in the music is likely similar to how many of them feel and think.

In terms of home life, music from artists your child or teen listens to can be used to bridge the gap between what is going on in the world and their feelings about it. It also can be used to explain the importance of being consciously aware of your surroundings and having a firm understanding of what is taking place in the world. Issues having to do with racism, police brutality, sexism and negative stereotypes aren’t anything new to us, but it is to our children. They are constantly being inundated with images of death involving people who look like them and social movements to protect the lives of Black people. Social media has made it near impossible to shield our children from these issues, which forces parents to have the infamous “talk.” We have all likely seen the photo that went viral about the heart-wrenching talk Black and Latino parents are forced to have with their children. That image was an inside look into what every Black and Latino parent with a child old enough to understand what is going on in the news had to do after the killings of Trayvon Martin, Michael Brown, Sandra Bland, Tamir Rice, Philando Castile and too many others to name. Their children had questions and they needed to be able to provide the answers. Music from hip-hop and R&B artists who address these issues is a constructive way to tackle this hard topic and have an effective, open dialogue about what is taking place around them.

The truth of the matter is that the “talk” can be downright uncomfortable for parents. They want to be able to explain to their children what they are seeing on television, social media and even hearing in classrooms (build the wall) in a way that the child can understand and internalize. In that stead, parents can take a page from schools that have found ways to infuse hip-hop and R&B lyrics into the classroom to break down real-life atrocities.

When you are an educator and/or parent, you are charged with shaping the minds and hearts of the people who will eventually run this world. Ignoring relevant conversations out of fear or because it seems taboo will not help our children succeed. I am not saying that parents or educators should constantly subject students/children to glaring images of death and racism, but it is their responsibility to address these issues when influencing and molding the minds of young people. If that means creating curriculums based on albums by urban artists or listening to songs with your children that talk about what’s in the headlines, then so be it. We don’t have to wait until college to open their eyes to the realities of being a Black or Latino person in America.

How Hip-Hop/R&B Can Help Educators, Parents Explain These Troubled Times to Children was last modified: February 17th, 2017 by Daniji Emmanuel

How to Stop Your Cell Phone from Ruining Your Relationship

10 Things Guys Notice First about You

How to avoid razor bumps and ingrown...

Meet The Grand Old Men Who Are...

When performance goals are set too high,...

This Is Why The Strongest Girls Feel...

Why parents should not buy smartphones for...

Feeling emotional after failure ‘helps you get...