Home News How I Got My Stage Name, OLAITAN SUGAR
News 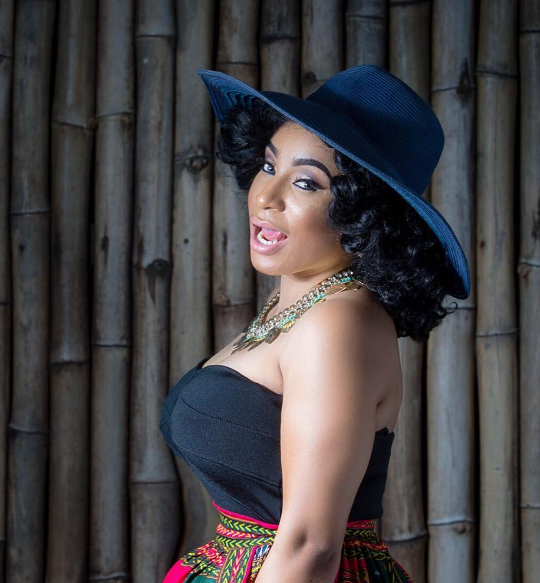 Everyone calls her Olaitan Sugar. But that’s not her real name. The name of this popular pretty Yoruba actress is Olaitan Ogungbile. She joined the movie industry in 2008, after going through training under Muyiwa Authentic School of Drama, owned by Muyiwa Ademola. She has featured in over 200 movies. Her role in the movie Olaitan Sugar shot her to the limelight. Olaitan is a graduate of Obafemi Awolowo University where she studied Botany. Besides being a very good role interpreter, Olaitan is equally a fashionista, she is one of the most stylish Yoruba actresses in the entertainment industry. In this interview with City People Showbiz Senior Reporter, BIODUN ALAO, she talked about her journey into the movie industry, the challenges, she has been faced with, and how she came about the name Olaitan Sugar. Below are the excerpts.

How does it feel being among the hottest faces in the industry?

I am thrilled to be loved by my fans and I thank them for loving me and appreciating what I do while enjoying the movies that I featured in.

Never the less. I am still my old self and I thank God for where I am today. Am a girl of humble beginning and can’t forget my journey into stardom. My fans are very important to me because they made it possible for me to be where I am today.

What movie shot you to the limelight?

What was your most challenging role?

The most challenges role would definitely be, where the character, I was acting was to be buried and covered with sand, It was a bit scary and I would say it was a bit of a challenging role at that time, you can imagine been lowered in the grave and been covered with sand.

How did you come about the name Sugar?

This was the name of a character I played in the movie written and produced by my beloved Uncle Sunny (“Sunny Alli’) and after the beautiful movie the name Sugar stuck onto me, and it has remained like that, up till date, most people don’t even know my surname again, I am often referred to Olaitan Sugar.

Did you go through any form of training before becoming an actress?

Yes, I did. I joined and trained under Muy Authentic School of Drama, owned by the popular Yoruba filmmaker, producer, and director, Muyiwa Ademola, in Ibadan.

Can you talk about your journey into the movie industry?

An Uncle of mine took me to an audition in Ibadan, where I was taken into the drama school, it wasn’t easy as a student in the drama school, you need to be answerable to people you met there, even at times to be an errand person, you have to go through the rank and file, do the  “Waka Pass”, get to location with your own money, pay for accommodation, feeding and all that, and yet you might not get a role.  There are rules, such like “You must respect whoever has been there before you, whether younger or your age grade, you have to call them  “Aunty”. I paid my dues and am glad that it paid off for me. Most importantly I give maximum respect to people that love my movies, indeed my fans. I can not end the story of my journey into the movies industry without mentoring the people that helped me to become successful today, such as our numerous movie producers, directors, and those who have invited me at one point or the other in life to play roles in their different movies.

How many movies have you featured in?

What inspired you to become an actress?

Acting has always been part of me since I was 10, possibly even before then, I remember acting in drama school in our church CAC Oke Iyanu. I remember vividly acting Esther on one occasion. In my secondary school days, I used to Idolize the likes of Genevieve Nnaji, Kate Henshaw, Regina Askia, Lizzy Benzon, Ramsey Noah, RMD and Mummy Joke Silva. These great actors and actresses coupled with my intuition to acting at the young age inspired.

Can you tell us about your highs and lows in the movie industry?

In any profession, there are highs and lows, obviously when I was still learning through the robe, when I was eager to be among the cast or where I had wanted to act some roles, and am been given another, of course you will agree with me that the high point would be when I became famous, when I started playing lead roles in some movies, when my fans base expanded, when people started liking my movies and learning from them.

What challenges have you been faced with in the industry?

Ah, so many challenges o, I am sure you will appreciate the fact that all professions have their challenges. Sometimes acting with people of different opinion and aspiration could be a challenge despite being professionals. Regardless, the perception of people about you or indeed their opinion about you could be a great challenge in any movie. However, you still need to blend and act the character you have been given. At times, some feel a bit jealous about the role been given to me and hence, they may be erratic in their deposition to me which could be a challenge. Never the less, I would still need to act as a professional. So what am saying is that there are challenges as mentioned above but one’s ability to surmount the challenges would you to be a successful professional in what you do.

Who really is Olaitan Ogungbile?

Olaitan Ogungbile a homegrown girl, an actor, a down to earth person who loves good fashion, cares about the underprivileged and who loves her profession.

Despite all the above, do you know who  I love most? The Omnipotent, Omnipresent and the all Sufficient God. I love God and he has always been there for me. Without him I wouldn’t be where I am today I pray fervently and my God answers me all the time, glory be to him.

Who are your contemporaries in the industry?

Of course, I do have contemporaries and there are people that have me as their contemporary but I would rather leave it that way.

I grew up with my siblings back in Ile Ife, the Cradle of Yoruba land, our parent were disciplinarians, I still believe they are, you know what I mean, you need to wake up early and pray in the morning and even in the evening, the house has to be clean at all times. I learnt the practice of “Division of Labour” in the house, where everybody has his or her own duty to perform. I could remember clearly when your mother would talk to you by winking so that you wouldn’t eat or take food from the neighbours.

It’s mummy Joke Silva, I love her so much.

What has fame robbed from you?

Basically, you will agree with me that when you gain something, you lose a bit of another. Some of the things that I would ordinarily do, being in my position, I can not do them because of fame. I should be a role model. Come to think of it, some of the things, I think I wouldn’t do have already been inculcated in me while growing up, so in a way, even if I wasn’t acting or indeed not as famous as one is, I’ll still be as humble as I am based on my upbringing.

Ah, loke loke ni o, Olomoge loke loke, I aspire to get to the level of the likes of Genevieve Nnaji, Rita Dominic, Kate Henshaw and of course Mummy Joke Silva.

Any special person in your life?

Despite your rise in your career, you have been able to stay off a scandal, how did you achieve that?

How I Got My Stage Name, OLAITAN SUGAR was last modified: October 1st, 2018 by Biodun Alao