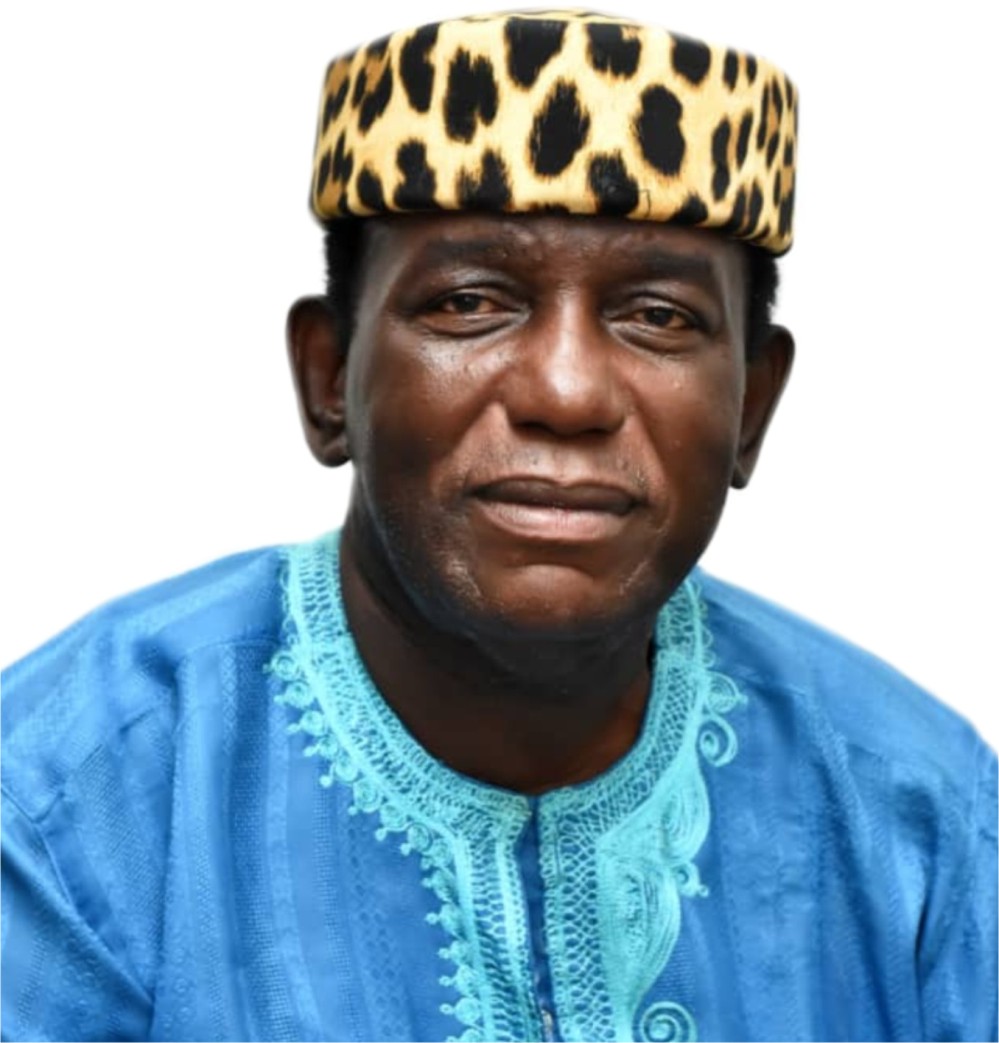 The man, Dillibe Onyeama is one of the publishers who play big in the trade of book publication in Nigeria. He runs the popular Delta Publication Nigeria Limited. The Enugu based publisher is also an accomplished author. Popular among a number of books he wrote was Nigger at Eton, which was published in 1972.

Dillibe Onyeama was born in Enugu as the second son of influential judge Charles Dadi Umeha Onyeama. He became the first black boy to be registered to attend Eton College when he was enrolled as a pupil in 1965 and graduated in 1969. Onyeama obtained a diploma from the Premier School of Journalism, before returning to Nigeria in 1981, and establishing the publishing company Delta Publications, based in Enugu. Ever since the company has grown to prominence and became a reference point in today’s publishing business. It has over 600 high profiled books published on its list.

During the 2021 Lagos Book Convention held at the Freedom Park in Lagos Island, City People’s JAMIU ABUBAKAR engaged the excellent publisher in an exclusive chat where he spoke at length on how he has been able to sustain his publication company for the years among other things the company is doing to remain on top. Below are the excerpts from the interview.

Tell us about your company, Delta Publication Nigeria Limited?

Delta publication Nigeria Limited is a book publishing company based in Enugu. We have more than 600 titles on our publication list. We publish magazines as well. We write magazines, we hold book conventions in three states every year; Lagos, Abuja and Enugu. And as you see it’s something we do. The one in Lagos is not as big as the ones we do in Abuja and Enugu. We are on a talent hunt; we hunt for talents. So, that is why you see all these people being conferred with titles. It is in consequence of trying to find people of creative flair who we can try to promote as inspiration to younger elements.

How would describe today’s event?

Generally it’s been successful. You see the caliber of people we are conferring. These are people who have done great things. Their works should be made public on a big scale to inspire the younger elements in our society.

For how long have you been running the Lagos Book Convention coupled with the Tutuola Palm for Poetry awards?

This is our third outing but the general things we have been doing since 2009. In Enugu, we do The Cool City Book Convention, and the hero on whom we anchor the award is Olaudah Equiano. The Igbo man was taken a slave from the East, Essaka hometown in Anambra State. He got his freedom and wrote a book. He was the first black person to write a book. We do that one in Enugu every year. it is called the “Cool City Book Convention”. And we do one called the Capital Territory Book Convention anchored on Abubakar Gimba, the late author whose book we published big time also. We tagged him the Northern answer to Achebe and Soyinka. He’s a very popular author indeed.

How would you react to the reading culture eluding the Nigerian youths?

How has the internet affected book publication business of today?

Well, it’s like a double-headed sword. In one way, if you say it’s taken all the reading audience because they have a big audience there. Facebook has more than 2 billion people. That’s a big audience. But at the same time, the social network is a beautiful medium for promotion. And all these things we’ve been doing now and all the books we’ve been selling we’ve been making much from social media. Many people are on Facebook who couldn’t read it before are now buying. This magazine I’m holding now is all sold out. I came with about 200 copies and they are all sold out. Many books have been sold. So it’s effective from that point of view. It’s a good medium for promotion. Newspapers is been published, how many copies do we sell from Newspapers, how many people read it. This year, if you promote it on Facebook, everybody would read. So, it has advantages depending if you are a good publisher. You know your market, you know how to reach the audience. And social media is brilliant, it’s beautiful.

Are you saying social media has helped you reach your audience more?

For those people who know how to utilize the market, it depends on their own strategies of selling their books. Some publishers have to rely on bookshops, some rely on school books; the school curriculum, rely on JAMB but it’s a big competition. Some rely on trying to win awards. It isn’t easy. But it depends on the strategy. You are in the creative journey, so you have to apply creative strategies to circumvent the challenges of a depressed economy. So, not all publishers will make it in the business. That’s effective in what we’re doing because many people would come in, people are buying and launching. It’s very effective.

What strategy would you say works best for publishers in this era?

All I can say is that nobody else is doing what we’re doing every year at Delta Publication. I have started using this strategy since 2009 and it’s effective. Psychology is involved in it. This is how we survived. We don’t go to bookshops. We bypass the bookshops, we bypass the schools and we go directly to the people. And it’s effective.

READ ALSO: HOW DO YOU COPE WITH YOUR BESTIE?

How I Have Survived Publishing Books Since 2009 – DILLIBE ONYEAMA Tells City People was last modified: July 19th, 2021 by Jamiu Abubakar

IGBOHO: THE ICONIC SYMBOL OF YORUBA RESISTANCE by TOLA ADENIYI