How I Rose To The Very Top In LIONS Club 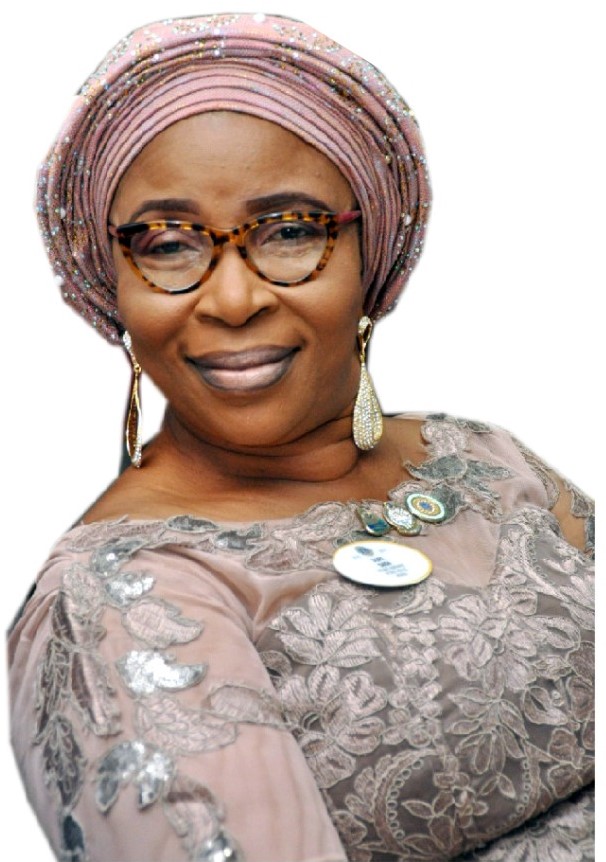 She is one of the big names in Lions Club, the largest world service organization rendering service to Humanity. Many don’t know that Lions is an acronym for Liberty Intelligence Our Nations Safety and not named after the animal called Lion. Lion Modupe Christianah Dada is the only female out of the 4 District Governors of Lions Club in Nigeria, and she represents District 404B2 Nigeria. She is an indigene of Ondo State and a graduate of Administration from the University of Lagos. She has been an active member of Lions Club for the past 26 years. She has also occupied several positions in the Club and has carried out several humanitarian services.

She was the Chief Host at the recent presentation ceremony of Lion Elizabeth Omolade Ibe as the Club President of Ikeja Metro Lions Club and installation of other club officer, held at Solab Hotels & Suites in Ikeja, Lagos. Lion Elizabeth Omolade Lewis-Ibe is the 17th President of Ikeja Metro Lions Club. At that event, Modupe Dada spoke to City People Society Reporter, TITILOPE OGUNLEYE about her journey of several decades as a member of The International Association of Lions Club. Below are excerpts.

How long have you been a Lions Club member before you became a District Governor of the Club?

This is my 26th year to be precise I have been very active from the first day I joined till now because of the passion I have for the association and for what we do which is Service to Humanity.

What was the ladder like before you became a District Governor?

I have gone through different positions in the association both locally and internationally and like I said it is an association that i really enjoyed and has passion for humanity, hence I have really been enjoying myself and i see it as fun.

Lions Club renders service to humanity. What are those services people benefit from the club?

We help the needy and the under privileged. We also help people’s Vision by doing screening for vision, giving out medicated eye glasses, and cataract and glaucoma operation for the affected and that is basically for vision. We do awareness programme and campaigns against Diabetes and also give general treatment. Presently, we also treat people with pediatric cancer and we take of the environment where people live in for it to be habitable. These are some of the numerous services we render to humanity.

Why did you choose Lions club of all the clubs in the world?

Lions Club is the world largest service organization. And ordinarily before I joined the Lions Club I had been a cheerful giver. So, somebody said to me, if you can be doing this much without belonging to any Association, then why not join Lions Club, that I will enjoy it and all that they do there is service to humanity. Ever since I joined, I have been very active till date.

Has there been any challenge being a female Lion?

Why do you think more givers should join Lions Club?

The truth of the matter is that the Government cannot do it alone, even we as Lions members cannot do it alone. We still go out to do things in collaboration with Organizations that are ready to partner with us.

Beyond all the above mentioned services to humanity, is there any platform to give job Opportunity to unemployed youths?

We take care of our youth and they are called the LEOS which is an acronym for Leadership Opportunities. We do Capacity Building, Empowerment and trainings and more to just to engage them.

Is there any major reason why the female Lions are not called Lioness?

That is because LION is an acronym for Liberty Intelligence Our Nations Safety Lions. And there is no way we want to be the lioness or the lion in the bush.

How would you rate the impact of Lions Club in Nigeria?

We have been so effective. For instance on the 14th day of November we are going to have the Diabetes Awareness all over the world and the Lions Clubs in Nigeria, hardly would you see any area without the Lions Club of which they are serving the community. So automatically there is no way the Community would not feel our impact, even to the grass root because our interest is to the Grassroots and not the Elites.

There is this believe that Lions Club is only meant for the rich in society because of their huge Annual dues. Is this right?

If you are far away from us you will not know what we do. Or how much we pay as our annual dues. All we pay is 43 dollars for a whole year. Do the conversion. It is close to nothing. If you can afford to take a bottle of drink after your meal every day calculate how much that will be at the end of the year, and now you are being invited to come and serve humanity for just 43 dollars to belong.

How many District Governors do we have in Nigeria?

We have 4 District Governors in Nigeria and I am the only female.

How has it been being the only female District Governor?

It has been quite easy because I have handled several positions. If you have been at the helm of affairs and have carried different assignments and also represent the leaders at different times then it should be easy and all that I have done before I became a District Governor.

How long have you been a District Governor?

Only this Year July and I am going to hand over next year July. Any position occupied in Lions Club is just for a year

Has your position as a District Governor affected your home in any way?

That is why it is good to plan yourself. If you know how to plan yourself, it won’t affect your home or job. It is something I have been doing over the years, even if you call my children today they will tell you oh mummy has been a Lion before I was born and my first born is over thirty.

Tell us a bit about your background.

I am from Ondo State but my husband is from Lagos. I am a Catholic by birth and Baptist by Marriage. I have been married for 33 years and my Husband introduced me to the Lions Club because he was a member of the states before we got married. I attended nursery, primary secondary and I studied Administration in UNILAG.

How I Rose To The Very Top In LIONS Club was last modified: November 19th, 2018 by Titilope Ogunleye

How Women Can Use Natural Herbs To Make Their Skin Glow