How I Started My Career At NTA 45 Yrs Ago – Veteran Actor, TONY AKPOSHERI Tells City People 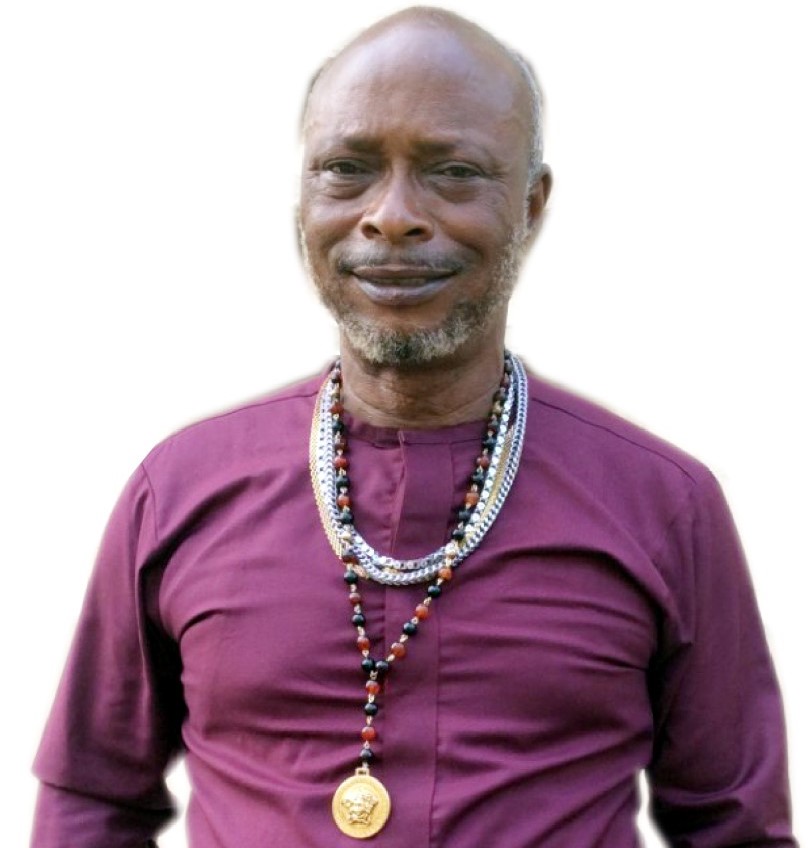 Veteran actor, Tony Akposheri, is one of the very few actors still alive among those who started Nollywood in Nigeria. He began with stage plays in 1976. Thereafter, he joined NTA and worked for sometime. It was at NTA, that he featured in  “Masquerade”,  a series that eventually shot him to limelight, and since then, he has become a household name till date.

In this interview with City People magazine, he talked about his 45 years in the industry. Why many veterans are not valued in the industry and the crisis the movie industry is facing now and possible solutions to the problems. Below are the excerpts.

Can you tell us what has really kept you going all these years?

Acting is a thing of joy for me. It is the only thing that keeps me going, whether there’s money in it or not, the fact that I am doing it to make some people happy, and when they see me, they congratulate me I really enjoy the feedback I get from people most times. So, all these really make and keep me happy.

How many years have you been in the industry?

Was there any time, you felt like quitting acting?

Yes and No, I did sometimes because of money, when expectations were not met, but I have never considered leaving the industry permanently. But honestly, if you look at that aspect of money, you will leave, just take a look, how many of my contemporaries can you see around?  Except only if you want to mention people like Olu Jacobs. Other elderly ones, you see around now, started after us. Take a look at ‘New Masquerade,’ most members of the cast are late now, excerpt, Zebudaya, Lizzy Eruewe, that is the wife in the series, she’s very aged now.

Was it  New masquerade that shot you to limelight?

Yes, it was playing the role of “Zakky”. Before that, I have always been behind the scene, I left NTA to join them.  NTA sent me to Enugu to work on News-masquerade, Chris Obi-Rapu and I. He was the director that directed “Living In Bondage” and that was what gave him a berth in Nollywood.

So, I went there, as a Production Manager, so we were working, when the role of Zakky came up, I went for audition, with the likes of Pete Ene, Nkem Owoh. And the role of Zakky, was like that of a school boy, who is into many other activities. If God has destined you to do something, you will surely do it beyond expectation. The role of Zakky also entails a drunk, which I did perfectly and it shot me to limelight. I remember when they did Nollywood at 20, my name was among the stars written. The role of Zakky in News-masquerade was minor, but it made lots of impact on the series. I played it so well and producers were so impressed with my performance, and they eventually developed it. I was working at NTA and Peter Igho was our General Manager and he was aware that I speak pidgin English fluently, added with lots of slangs. So mostly, when he had visitors, he called me to entertain them and at the end of the day, the visitors would always be happy. So when I got into Masquerade, Zakky in the series was supposed to be an Igbo boy, but when I got there I said to myself “let me carve a niche for myself, since Jegede is Yoruba, Chika Okpala, Igbo, Nati, Igbo, Gregory Calabar, so if I can use it myself to entertain people with my slangs, so why can’t I use it to entertain my viewers as well.

So, when I joined them, I started using slangs and the viewers immediately fell in love with my character, and that was how I was able to carve a niche for myself. That is why each time. I give lecture, I always encourage younger ones, to do what others don’t do, create your own style and that is the only way, you can develop yourself.

And up till date people still call me Zakky, despite the fact, that the series is no more, and that is because that character was a very strong one.

What would you say is your regret in your over 45yrs in the industry?

I will say, I don’t have regret, because I’m alive, I’m healthy, and if there’s any regret so far, it is money. There’s no money, I also feel Nigerians don’t respect the veterans. For example, before Nollywood came up, we entertained people, they recognised us. I remember during the time of Babaginda, he could hardly have any function without inviting News masquerade cast, I still remember when he sent us to Sierra Leone. That country’s president then loved us so much that we were invited for his inauguration. That is to tell you, how we were valued then. We gave birth to Nollywood, but nobody cares, I have not been given any national award. Have you ever seen them doing any special occasion in Nigeria, and they will say, okay invite the movie veterans to come and grace the occasion? No. They have forgotten us totally. They don’t value us at all. Till date, you will see most of the veterans down. I am the Director of Finance for DGN. The Directors’ of Nigeria, Fred Amata is the President, sometimes, when we were holding our Convention in Abeokuta with the Ogun State government, some of the members came and say look Oga, what we will be calling you is Ancient and Modern, because they said, you were there when we were growing up, and you are still there till date and you still look the same. So, my only regret is that the government doesn’t value us. In a situation whereby you say okay, we have Kanayo O. Kanayo, Aki and Paw Paw, who started far behind us being recognised, what about us who started way back, before they came on board? Even if we are not being honoured, we are happy we created the whole thing, but we should not be forgotten. The money and properties are not there, which are my regrets, but I’m happy am alive, and I’m making people happy.

Who would you say are your contemporaries in the industry?

Do you know Zulu Adigwe, Apoti Ebele is late now, there are lots of them. I remembered Zulu Adigwe and we really worked together. In 1981/1982, we went to Vienna. Can you tell me now what Zulu Adigwe can boast of now? No, he can not. I remember you watched him on  “Bassey & Co” where he played “Mr B”. on the 1st day of this year, he had  “Bishop Cup Mass”. I was invited to the Holy Cross to take the first reading, there I met “Amebo” in the Village Headmaster. They are people we started together, and a lot of them have passed on, such as Justus Esiri my brother, Eleyinmi and lots of others.

Why I Am Supporting BUHARI For A 2nd Term – GANI FAWEHINMI’s Son, MOHAMMED