How I Started My Ministry 33 Yrs Ago In MINNA 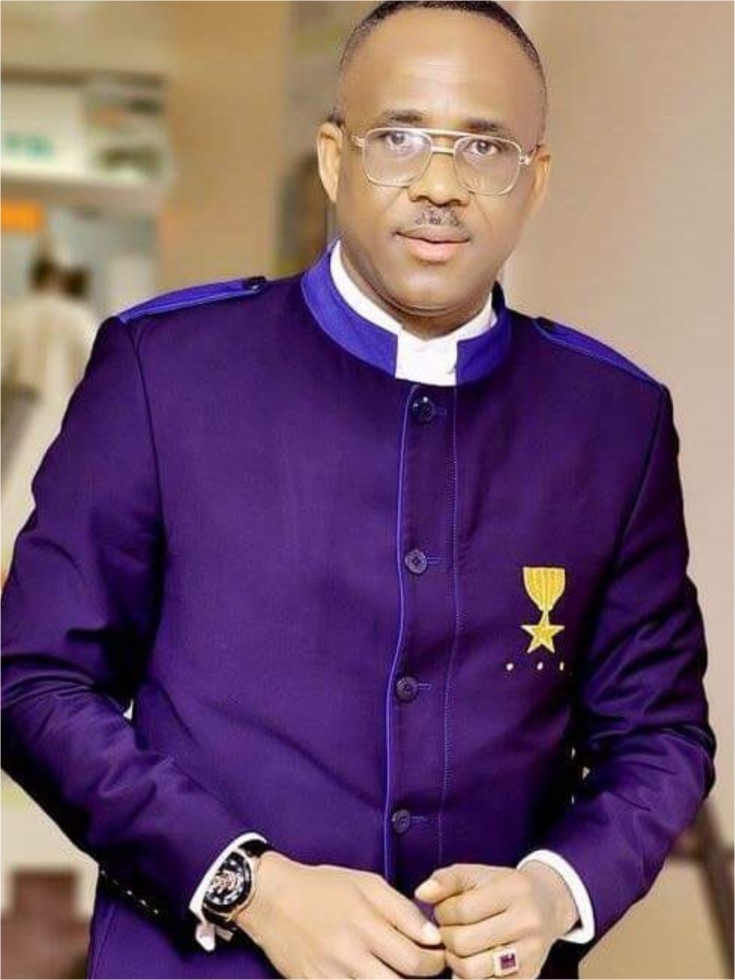 Bishop Isaac Idahosa is the running mate to Senator Rabiu Kwankwaso, the Presidential Candidate of NNPP. This handsome man of God is the founder and Presiding Bishop of God First Ministries, popularly known as Illumination Assembly, which has a huge followership.

Recently, City People Magazine had a chat with him. And he told us his success story. Many don’t know that he grew up in the North and became born again in 1979. The chat was indeed very revealing about this man of God-turned- politician. It is the story of his life.

We asked him to tell us about his growing up years and where he was born.

“My parents settled in the North before the war.

I was born in Kontangora. I grew up in Kotangora and Minna and part of my growing  up years was in Kaduna”.

At what point in time, did he get the call of God to serve Him? “That was in 1979, that was when I got born again. I was born into a Christian family of 6.  My parents were very religious; they were church people. But I didn’t know Jesus until 1979 when I had a personal encounter.”

“He became my Saviour and Lord.  The strength and the passion as a new believer was strong, that I had to leave my father’s house to go and live with a Pastor. So, I grew up under a Pastor and I had the quest to know God. It was that quest that led me to the Bible School, it was not to be a Pastor. I wanted to know more about God. I went to Soul Clinic Bible School. We had the Principal from United States called Rev. Mufty. I passed through that in Niger State. That was it, until the zeal of the Lord consumed me, going from street to street, village to village in Niger State preaching the Gospel, at a very, very tender age.”

“I didn’t go to the Bible School to be a Pastor, I only went to acquire knowledge to know God some more. People when they see me would say, ‘I can see the hand of God upon you’, and I will say, ‘if the hand of God is upon me, I should feel it first, how will you feel it for me?’

To cut the long story short, it was after my Kad Poly education, my tertiary education and thanks to Niger State that granted me scholarship to go, after which I had no peace. My peace eluded, evaporated and I said to myself, ‘what is happening to me?’ Many don’t know what my name Idahosa means. Hearing from God. That is the meaning of Idahosa. I thank you God. And I heard from Him. He said to me, ‘I want to walk with you’. I thought it was easy for me to go to the church where I was raised and go and do the work. But He said, ‘No. I want you to start what is called God First Ministry’. I wanted to go to Jos to start because of the weather, less religious upheaval and serenity. God said, ‘No. Go back to where you were brought up: Go back and give back to the society’. I said, ‘where?’ He said, ‘Go to Minna’. I went to Minna in 1989 and I went to live with a family friend, Maya. They gave me their boysquarters. I explained my vision, what the Lord said. In my boysquarters, I had my Guitar, and I was always playing my Guitar and students were attracted to me.”

“When I got to Minna, I had only 50 kobo! I said to God, ‘how will I start a Ministry with 50 kobo?’ He said ‘you will never exhaust that 50 kobo if you obey me. When I call, I equip’. Those were His words to me. “If it is my Project, it will attract my Budget…

“Those were his precise words 33 years ago.”

“It is still fresh in my memory.

“Then, at a point, the Boys Quarters couldn’t contain students. So, I needed to go and look for an accomodation for the ministry, called God First Ministry. We went and we saw a 4-bedroom flat. They asked for N6,000.”

“You remember I had 50 kobo! And they never thought I did not have money, if not, why would I go and be looking for accomodation if I didn’t have the money? So, they said I should go and bring N6,000. On our way home, I didn’t even know what I was going to do, where I was going to go. On our way, I saw an abandoned property, dilapidated building. On it was an inscription: God’s Own House. It was swampy. They grew rice there. It caught my fancy. The name struck a chord, God’s Own House.”

So, I said, ‘but I want to start my ministry here’, he laughed. He said did you just hear what we told you, that the 2 persons that lived here ran mad? But I said, ‘that is what God told me’.

The next question was, ‘do you have parents?’ I said ‘Yes’. He said, ‘Go and see your parents’. They said, ‘but if you insist, the man in charge of the property now is Justice Awoniyi of Niger State. You have to go and look for him’.

So, I went to Justice Awoniyi the following day. And he said to me, ‘did you not hear what happened to those who lived there? I said, ‘I heard it sir’. But I told him God said that I should take up the building. He said if you say God said that is where you should use, go and take it up for free.”

“Remember that God said that 50 kobo will never run dry? ‘I now got excited and went on to renovate the building, that had no louvres, no doors, no toilets. It had been abandoned. So, I got the students to clear the place. It was during the raining season in August. I took my bed from Maya’s house and took it there.”

“Once in a day, I bathed at night and peoples’ farm land was my toilet. Anytime it rained, it will pour on my bed. That was how the ministry started and today, it is a different ball game. It has gone round the world”. How big is his church now? “As big as God wants it to be. I normally don’t want to talk about the numbers, but it is huge. It is very, very huge. We have had crusades, all manner of events. It’s a sizeable church. By the grace of God. We are worldwide. Our ministry is everywhere. What we do is to run offices and outreaches. Everybody must know what he has been called to do. There are those who have been called to run Offices and Outreaches. Some have the Grace to plant churches everywhere.”

How about his wife and family? “Oh yes. I am happily married. I have been married for 30 years now. I got married in 1992, 25th of April. My wife is Christy. I have 2 lovely children”.

How easy was it for him to pick on her to marry? “It wasn’t easy. It wasn’t rosy, because we were getting to know ourselves, we didn’t date for a long time. The first few years were not easy. We were trying to understand ourselves. She was coming from a different background. I was coming from a different background. We went through all those and that strengthened the marriage. April this year, we were 30 years in marriage”.

How I Started My Ministry 33 Yrs Ago In MINNA was last modified: November 22nd, 2022 by City People

What Women Should Know About OSTEOPOROSIS & MENOPAUSE

My Experience So Far As President Of UpAsso

What You Need To Know About SARS...