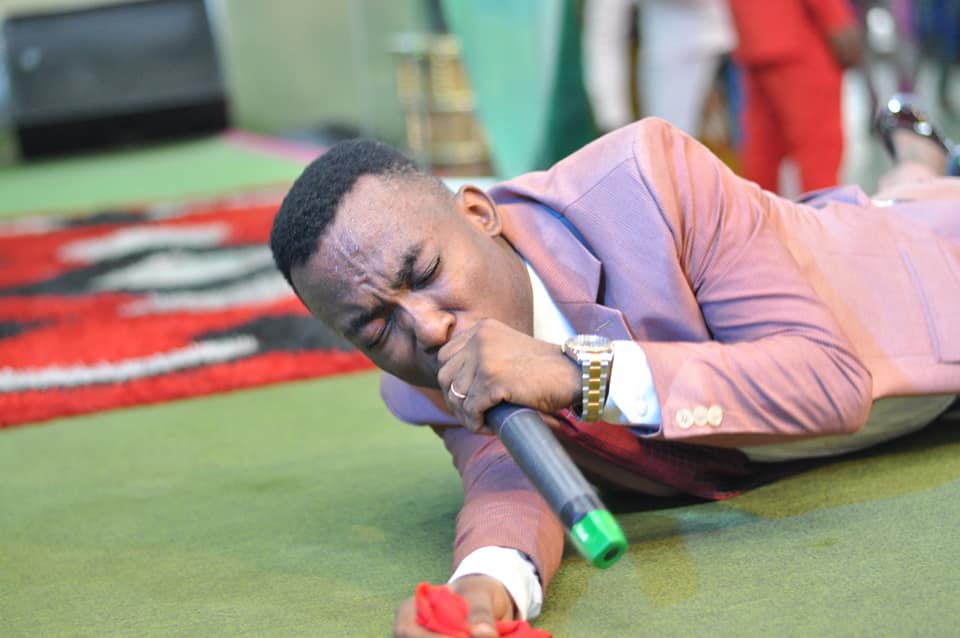 A popular Nigerian evangelist, Dr Gospel Agochukwu recently shared his encounter with a call girl at an unnamed Abuja Hotel.

According to the pastor, the sex worker knocked on his hotel room with the intention of sleeping with him for money. He stated that he instead, spent about 30 minutes preaching the word of God to the said lady and in no time, she started reeling in tears.

Arochukwu added that the encounter changed the lady’s life as she quit prostitution and became ‘born again.’

The lady is reportedly now married and based in London with her husband and child.

“I CAN’T BELIEVE I MET THE LADY WHO NEARLY RAPED ME IN MY HOTEL ROOM IN ABUJA :

I heard a knock on my hotel room 201 door that faithfull evening around 1am I opened the door and saw a beautifull fair average height girl she said sir I want to keep you company; i asked

“what do you mean?

she replied nawa for you o’shebi na only you dey this your room I replied yes she said let us do short time 10k or all night 40k.

so I had to find a hotel at Area 1 to fly the next day.

I told the girl “wrong room, I am a pastor she said,

Cold no de catch you?

At that point I told her to come in;

I told her to sit down, she sat down blowing chewing gum like an explosive I told her I will pay her for both short time and log time if only she will give me some time.

She agreed I took the bible in my bag and told her to open John 3:16.

Her face changed I told her don’t worry my boss will pay, she didn’t know I mean (Pay for her sins)

I spoke to her for 30 mins preaching the word of God to her she started reeling in tears; she said she was doing it because she has no helper.

Only her is carrying all her load.

After preaching to her I led her to Christ and she promised and vowed never to go back to sin again.

When I was giving her money she said no papa pls I don’t need it.

She took my number but we never spoke again.

Today I was about to check out of my hotel in Abuja when someone rushed me and hugged me wearing uniform with another man I asked who are you?

She said papa it’s me you met at hotel in abuja this is my husband. I was dazzled she introduced me to the husband and reminded me what happened

The man works in an oil company who was one of her Patronizers in her sex business after she got converted she also converted the brother, preached to him and he repented even became a pastor in a Church thy started relationship which ended up in marriage now they based in London and even have a child.

The man came for a Business meeting.

‘How I was almost raped by Abuja hooker in my hotel room’ – Pastor narrates was last modified: September 20th, 2019 by Reporter