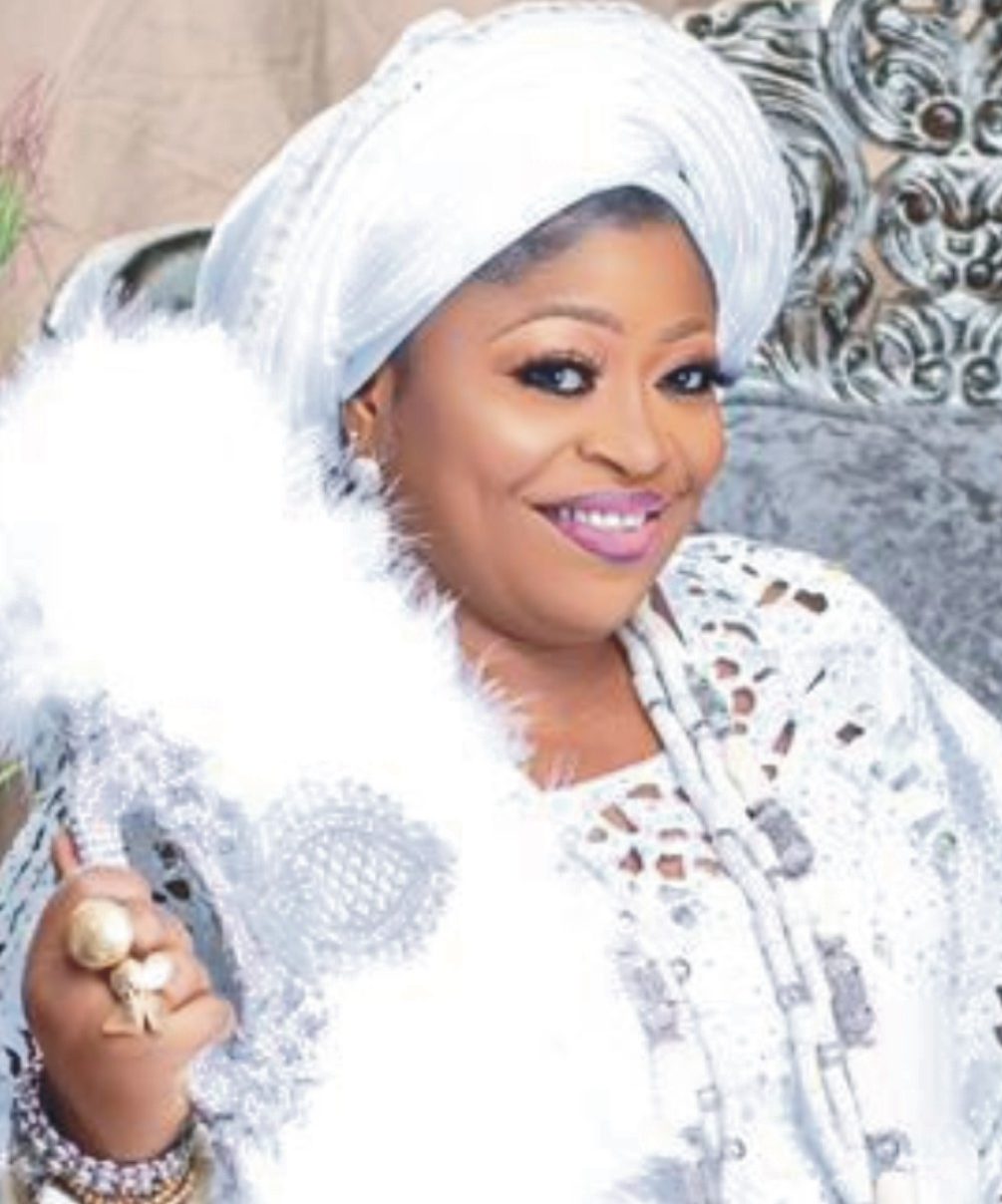 •Becomes One Of The Most Powerful Women In Yorubaland

Princess Toyin Kolade is many things rolled into one. She is a successful businesswoman. She is a  big-time socialite. She is a mega philanthropist.

She is a Prophetess. She is a dutiful wife. She is a super mum. And she is involved in a lot of cultural and traditional activities across the South West. In Ife, she coordinates the annual Aje Festival. How she balances out this role is still a mystery to many. But she plays all these roles so well that it amazes her admirers. It is because many don’t know the stuff she is made of, until Saturday 17th July 2021, when the whole world converged on Ile-Ife to witness her installation, as Iyalaje Oodua. It was a mammoth crowd as many of her friends and associates flew into the country from abroad and those in Nigeria came from far and near all to witness the historic event.

Many didn’t know she is one woman who had touched so many lives of ordinary Nigerians.

Before the D Day, the social media had been agog with stories of how grand the installation of Princess Toyin Kolade as the new Iyalaje Oodua by the Ooni of Ife, Oba Adeyeye Ogunwusi, would be. And when the chosen date finally came, the installation turned out to be really grand,with all the razzmatazz.

The entire Ile-Ife community was full of Glitz and Glamour for days, as his Imperial Majesty, Kabiyesi Ooni Enitan Ogunwusi finally installed her as Iyalaje Oodua.

The coronation was a 3 day event which began on Thursday 15th July, and extended till Saturday 17th July 2021. A number of activities were put in place to mark the coronation ceremony.

Thursday being the first day saw some traditional rites conducted at the Palace premises as part of the requirement and procedures of the installation.

The second day was a Friday. It marked the launching of the Grand Resort & Industrial Hub located in the heart of Ile-Ife.  It is a magnificent resort centre worthy of his royal majesty. Osun governor, Gboyega Oyetola commissioned the center for official use, amidst top personalities present at the event.

The third day, Saturday was a beehive of activities.

It began with prayer sessions at the Ooni’s palace, followed by a visitation to the sacred Aje Shrine coupled with another prayer session. The later part of the day was meant for the grand reception of guests and people of the community who trooped in to felicitate with the new Iyalaje. The reception was held at the newly commissioned resort center.

The reception was so classic and angelic. It was an all-white event as everybody in the hall was styled in white attire.

Fuji icon, K1  was at his best on stage thrilling the audience with his classics. Adding to the vibes to the entire was ace comedian, Gbenga Adeyinka D1st, who was the Master of Ceremony.  The performance of the duo of Imohiosen Patrick known as DJ Neptune and Precious Andrews a.k.a DJ Ritzy didn’t go unnoticed as they both spiced up the event at intervals. They were quite a couple of stage performances. Notable among them was the ever-gifted little twins’ gospel singers known as The Glorious twins.

The entire event was massive. The entire town was full of fun and excitement. All the top hotels in Ife were fully booked by Iyalaje for her dignitaries and high profile personalities who stormed Ife for the coronation ceremony. By the time the celebrations ended, Iyalaje Toyin Kolade emerged as one of the most powerful women in Yorubaland.