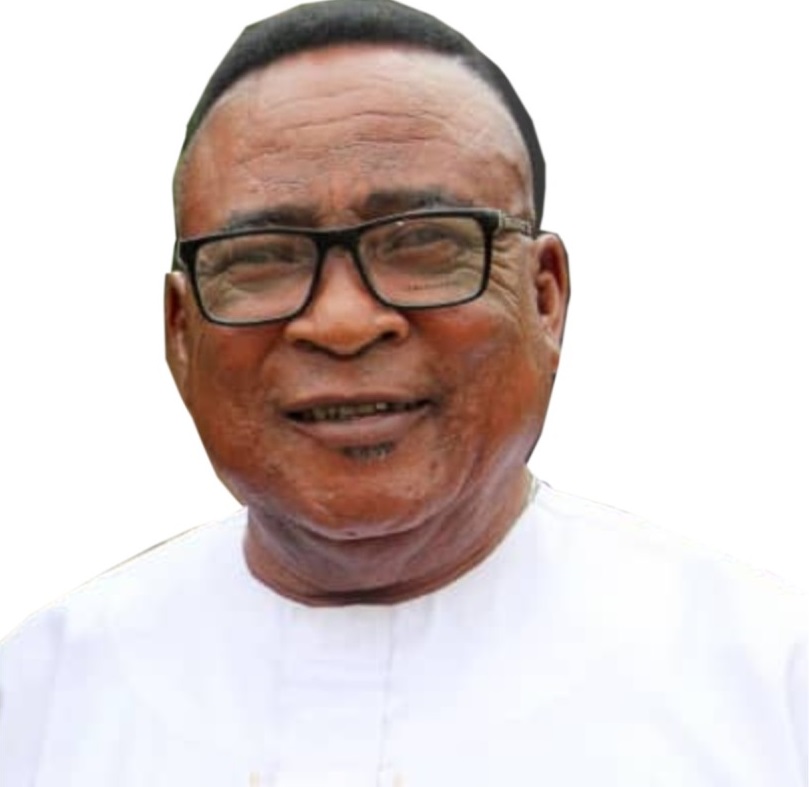 It was the birthday of Alhaji Kollington Ayinla a few days ago. Though he didn’t celebrate it, because he normally does not celebrate birthdays, he had an open house, as friends and well-wishers came in to felicitate with him. A few days back, City People Editors visited him at his Alagbado house to talk to him about his life and career. Though, he has been playing Fuji for about 5 decades, he has not given up on music. He still plays music and takes over shows. He still performed at a wedding last March.

During the interview, he spoke about how he and late Barrister started Fuji music. Below are excerpts of the interview.

How do you see developments in the Fuji sector?

Hmm! From my perspective, only one person is causing problems in the Fuji industry. The Juju people are well organised. PMAN is well organised. But those of us in the Fuji sector are not. They are always fighting, each claiming he is the leader. They play a lot of politics with themselves. Many of them are self-centered. We don’t have the right leadership. That is why the House of Fuji is not organised.

But why didn’t you step in sir?

(Laughs) Yes. That is how it should be. I should step in. But when you call their leaders and they don’t listen to me, what do I do? I don’t want to embarrass myself. I don’t like to be disgraced. I hate disgrace. I am older than all of them in the industry. If I know I am older than you, I am older. It is either you take it or you leave it. Even if you are the richest person or the most popular person, I can never come down. I would not sell my birthright. I don’t need to contest or fight for the leadership of Fuji musicians with anybody. Late Barrister and I have always been the leaders of the Fuji industry.

If Barrister were to be alive now, I won’t mind. Barrister and I started this industry. All those who are claiming to be the leaders of Fuji industry today, who knows them? Where were they in those days? It was Barrister who called me that we should both come together to form Fuji music. He didn’t even call it Fuji.

He said “let us be singing our song (je ki a jo ma ko orin wa pa da ooo). I told him, I hope you realise we are both soldiers. We were in the Army then. If they catch us they will lock us up in the guardroom.

He said we would be careful about how we do it. He told me in his usual tone in Yoruba, if I leave you now in Abeokuta, once I get to Lagos, I am going to start my practice. You should also set up yours. That was in 1974 because Barrister and I went to Mecca in 1975. Truly, he went to set up practice. He was doing it. The following week he came to meet me. He usually does not leave me. He was always coming to meet me. When he came the following week to meet me, he asked me: have you started your own practice? I have started mine already. I told him why I have not started. I told him I am afraid. He said I should go to the Orderly Room and tell them I want to be waking them up every morning with Were music. I did. And they accepted. That was how I started my practice. Where are these people by then when we were doing all these? Where were they then?

There is nothing stopping me from stepping into the Fuji family and resolving the problems that we have but I don’t want anybody to disgrace me. That is how it should be. But I don’t want to call on the leaders and some people will say don’t go and listen to Alhaji Kollington.

Part of the problem facing the Fuji industry today is the fact that some people say they are the boss, that they are the Oga and I say Oga tani?

At the time we started, he had started ahead of me, by making records. I was still in Abeokuta, I have not started making records. When they now posted me from Abeokuta to Pay & Record, Apapa, he was also posted to Signals at Apapa. That was why I sang the song that: if I had known quite early I would have gone into music early. I didn’t know my destiny was in Music. I would not have gone into the Army. When Sikiru & I were talking about it then, it was like a joke. It has now become a big business that many people are coming into today and fighting to be the leaders. All I am asking is for them to know and respect their elders.

I am older than them. I am their senior. If the time comes, I will still release a song to put everybody in their place. Some people are behaving as if they don’t understand my message.

Many of our Fuji musicians don’t understand Fuji music. They just give it their own interpretation. Very soon, people will know what is going on, what is happening in the Fuji family.