HOW MY 70TH BIRTHDAY WAS CELBRATED – Oloye Lekan Alabi 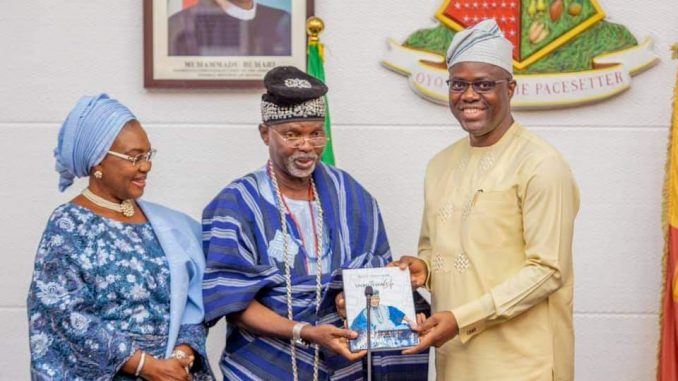 A result of the riot, which accompanied the EndSARS protest in Lagos and other states of the federation, was the postponement of the much advertised 70th birthday celebration of the Ekefa Olubadan, Oloye Lekan Alabi.

The veteran journalist, who excelled in print and electronic media, clocked 70 last Tuesday having been born on October 27, 1950. What was shifted, however, was the elaborate celebration of Alabi with series of events.

The day did not pass unnoticed as the new septuagenarian’s Kolapo Isola Estate residence, Ibadan played host to few guests, including representatives of Omo Ajorosun Club to whom Alabi belongs. Also in attendance was the legendary broadcaster Mrs Julie Coker.

But before the light reception in Alabi’s compound, a group of Oyo State branch of Ohaneze had converged on the Omo Ajorosun Club House along Agodi-Total Garden highway and waited for the arrival of Alabi who later joined them and expressed his appreciation.

Not long afterwards, other guests arrived the premises in twos and threes till a message indicated that Oyo State Governor Seyi Makinde was awaiting Alabi who was billed to present his biography to the governor.

In a convoy, Alabi’s team, which included Ambassador Yemi Faronbi, drove to the Secretariat about a kilometre away and met Governor Makinde who received him at the Executive Chamber with excitement and compliment due for a new member of the league of septuagenarians.

The governor remarked, “I want to congratulate Ekefa Olubadan at 70 is not something small. So, I want to congratulate you on behalf of the government and the good people of Oyo State on the attainment of that age. My prayer is that you will live long. I wish you many happy returns in good health.

“We need you to assist us and I have been tapping you to come and help us strengthening the Protocol Unit here, even if it is just training for the people out there. God will bless your new age. You will do 80. You will do 90. I have not read the booklet but I will read it and come back with whatever comment that I have.”

Governor Makinde also affirmed the contribution of Alabi, describing it as priceless and a piece which cannot be done away with.

He added, “I am looking forward to the Honorable Commissioner and his team to institute Oyo State Merit Award for Oyo State, you can be sure that before we count one to ten in Oyo state, you will be one of them.

Titled, ‘President Buhari greets veteran journalist, Oloye Lekan Alabi, at 70’, the statement read in part, “The President salutes the foremost journalist, who served five governors with his astute communication skills as Press Secretary, and continues to project the diversity of the country as a Cultural Ambassador of the National Museum, Ile-Ife, working variously as a consultant to private and public institutions.”

A member of Omo Ajorosun Club, Mr Adebayo Wasiu extolled the virtues of Alabi describing him as an epitome of Omoluabi and promoter of culture and tradition. Isola dated his first contact with Alabi to 1995 through an introduction from one Alhaja K I Adeleke, saying since then he had stuck to him due to his liberal disposition and hospitality.

“When you talk of punctuality and promptness this is the right man. If what freaks you is Yoruba custom in all ramifications, then Oloye is the right person. No wonder he was made the first Cultural Ambassador to the source. In terms of knowledge, Oloye is an all-rounder. His memory is as sharp as that of a teenager. He recalls historical events as if they happened just yesterday.

“If you are looking for a fashionista,  then you are looking for Oloye Lekan Alabi. He is at home with the riches, commoners, Lords and everybody. Any time one is opportune to be in his company, you will definitely drink from the well of his wisdom. To me, Oloye doesn’t look his age. He is physically fit and a workaholic. He has penchant for details; very thorough. I pray to God Almighty to continue to protect and preserve him for us. We still have a lot to gain from him.”

HOW MY 70TH BIRTHDAY WAS CELBRATED – Oloye Lekan Alabi was last modified: November 1st, 2020 by Reporter