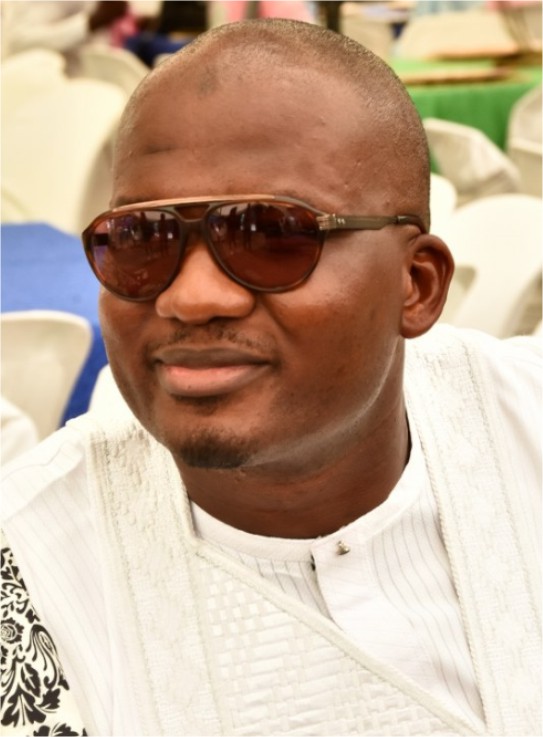 On Tuesday, 3rd May 2022, the popular Ijebu family (Koiki), gathered family and friends at the Surulere Local Government in Lagos to hold a Fidau Prayer and 40-year remembrance celebration for late Alhaji Mojeed Omotayo Koiki. Late Alhaji Mojeed Koiki whose demise at age 48 was one of the most shocking deaths that shook Ijebuland. Before his demise, Alhaji Mojeed Koiki was popular for his ever jovial spirit and philanthropic nature. His good work was always on the lips of the people around him and his family members.

Late Alhaji Mojeed Omotayo Koiki was also known for his good works as a successful contractor as he was involved in the construction of the Lagos National Theatre, Trade Fair Complex and even till is death was a major contractor for Mobil and Shell. Therefore, he was a contractor for most note able Filing Stations built at his time.

Asides from his notable works, he was also a well-known socialite who was at a point the President of the constant Stars Club. During the event of the 40 years remembrance of the late icon, his son, Hon. Olaseni Koiki who was his 14th child and only some months old at his demise shared a few details about his father.

Hon. Olaseni Koiki is a politician, philanthropist and businessman. He was also a candidate for a seat at the Lagos State House of Assembly, Alimosho Local Government in 2014 and 2019 respectively. At an interview with City People Magazine Reporter, Hon. Olaseni Koiki revealed how the death of his father affected him. Read excerpts.

Who is Hon. Olaseni Koiki?

I am a businessman and also into Estate Development. I am also a politician and a philanthropist.

How do you feel celebrating your father’s passing after 40 years even though you were a few months old when he died?

I give glory to God, I never knew him because I was only a few months old when he passed on. What I will just say is that till today, I never really knew what it felt like to have a dad. I literally never had but glory be to God, my mother was there for myself and my other siblings. She was very supportive. So it is kind of emotional growing up and seeing your friends having their dad to run to and scold them. For me, it was pretty much my mother doing all of that. But then, here I am 40 years down the line so I give glory to God, for His mercy through the journey.

What stories about your father did you hold on to while growing up?

My father was a socialite and very popular in his time and among his friends. He was also charismatic, supportive of his family and was like a bond pulling together families and friends. Some days ago, I was with one of our very elderly ones in the family. He told me stories on how at family functions, my father will secretly put money in everyone’s pocket for everyone to spend so that nobody feels left out. He was a successful businessman and he was generous. Those were stories of my father that stood out that I was told. So, I try to also represent these good values I heard about him.

Can you tell us more about the Constant stars Club?

It is a social club that had successful young men of their time in the fold. They had late Aji Lawal, late Alhaji MM Bada, and SOB Babalola.

My dad was at some point the President of the Club. They were also very sociable, you will find them in every party asides from when they are doing their various businesses. Evang. Ebenezer Obey was their number one artiste including King Sunny Ade. I heard many stories about sighting when Ebenezer Obey will come into our living room to play at numerous occasions. My dad had several wives so at any time when any wife gave birth, Ebenezer Obey will be the guest artiste. So, they were very sociable and philanthropic in nature. They will look at where the society has its shortcomings and they will come through with some sort of support in form of grants and scholarships. Basically, my father lived a good life and enjoyed it.

What are the things that you missed not having your father around?

Well, I know that he would have been very supportive of me politically. Since he was also a politician and his contact was large at that point in time. So a number of his friend’s children turned out to go really far. A number of them were ministers. The sons of former President Olusegun Obasanjo, S.O.B Babalola are doing good. So, I felt like if he was a little bit around socially, he would be a huge help to me. Probably, I might have achieved more than I have now. But then I still give God the glory but I still regret that I don’t have him around. When I see the children of his friends and where they are today, I know that if he was alive and we were all moving at the same pace I probably will also be at that level. That being said, we have people that are orphans with nobody to help and from nowhere become really great in the country. So, I believe that if we leave everything to God, I will be able to achieve my dreams.

No, I am not, but I ran in 2014 for the House of Assembly Alimosho Local Government and in 2019. So, for now, I am not running because of internal understanding in our party.

READ ALSO: WHY RIVERS PDP MAY NOT HAVE A GUBER CANDIDATE

How My Dad’s Early Death At 48 Affected Me – OLASENI Koiki was last modified: June 1st, 2022 by Damilola Akande