How My Husbands Dead Body Was Removed From GHANA – Late O.B. LULU-BRIGGS Widow, SEINYE, Cries Out 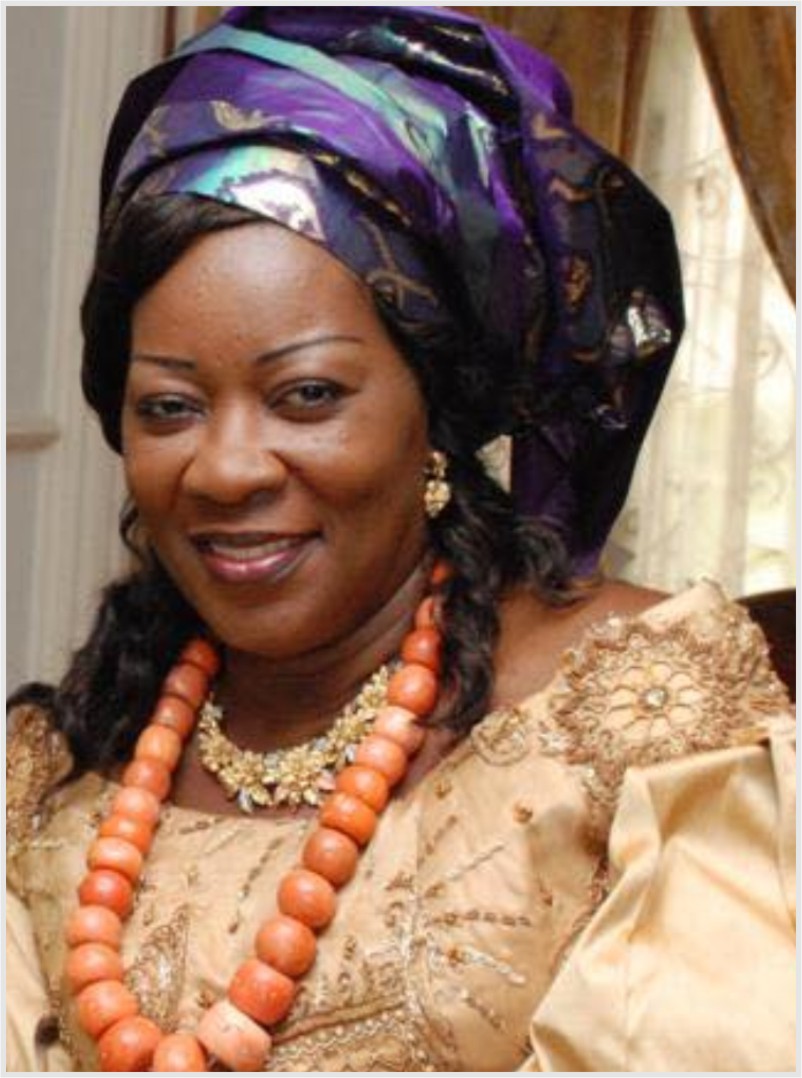 The on-going protracted delay of the decent burial of Nigeria’s multi-billionaire late High Chief Olu Benson Lulu-Briggs has attracted several commentaries and outcry on why the family has kept washing their dirty linens in the public domain. In January 2020 Barrister Oraye St. Franklyn, the Media Spokesman of the widow Dr. (Mrs.) Seinye O. B. Lulu-Briggs, came out with a public statement as obtained from Social media stating that “widow of High Chief Dr. O. B. Lulu-Briggs has responded to the alleged cancellation of her husband’s January 25, 2020 burial date which was announced by her son Dumo and the family Chiefs last month. She believes that the burial is still achievable because the pre-conditions which the Ghana High Court ordered Dumo to fulfill before by the release of his father’s body for burial by the Ghanaian police and the mortuary are not difficult. She clarifies that she was not ordered to release the body of her husband as Dumo falsely claims in the media. The order according to her and as contained in the judgement of the High Court of Ghana was directed at both the Ghanaian Police and the mortuary who have custody of the body.”

A year after, the remains of High Chief  O.B Lulu-Briggs as he was called in his lifetime by his admirers is still lying cold in an undisclosed Morgue in Port Harcourt Rivers State while legal battle over his Last Will has remained a point of infraction in the family as the leader of late O.B Lulu-Briggs family, Chief Barrister Dumo O.B Lulu-Briggs is not relenting in according his late father a decent burial while protecting the billions of Naira worth of the estates he left behind from being allegedly misappropriated, hence the legal challenge which is currently on-going in Port Harcourt. Rivers State Nigeria is a point to observe.

The Spokesman to Dr. (Mrs.) Seinye Lulu-Briggs in his write-up said “Dr. (Mrs.) Seinye O. B. Lulu-Briggs believes that Dumo’s hurried and unilateral cancellation of the burial of his father for the fourth time is indicative of his unwillingness to lay him to rest. She however maintains that the cancellation is unnecessary and that the excuse that her appeal of the High Court Judgement is responsible for the postponement is untrue and grossly misleading. Dr. (Mrs.) Seinye O. B. Lulu-Briggs repeats that her appeal was made because Dumo without fulfilling any of the three pre-conditions imposed on him by the Court Judgement had gone to the mortuary to pick up the body of her husband in the company of her supposed nominated representatives none of whom she knew, authorized or whose identities she could verify. She views that action as desperation taken too far and part of a sinister plot to obtain the body of her husband in order to wickedly tear it open yet again(sic) in the guise of conducting a private autopsy; a sinister autopsy that would fabricate false evidence supporting Dumo’s contrived allegation of her killing her 88-year-old husband whom she cared for and loved for more than 2 decades.”

Oraye Franklyn noted that “‘Dumo Lulu-Briggs was ordered by the High Court of Ghana to give the following binding, unconditional undertakings:1. “That the delegation led by Chief Dumo Lulu-Briggs that will convey the body of the deceased to Nigeria, should include two representatives of the Plaintiff/Widow, who should be part of the delegation that will convey the body to Nigeria;2. “ That the family of the deceased, led by Chief Dumo Lulu-Briggs, will give a binding unconditional undertaking that, under no circumstance will the family allow or suffer the Plaintiff/Widow to undergo any cruel, inhumane or barbaric customary practices in Nigeria, when the body is conveyed; 3. “That the family, led by Chief Dumo Lulu-Briggs, will further undertake that the Plaintiff/Widow will be ably represented in the burial and funeral preparations, and will be allowed to play her role as a widow mourning her deceased husband.”’

In continuation, Oraye St. Franklyn said “The court went further to order the filing of the report of the autopsy done on the deceased, which has been complied with. But the release of the filed autopsy report is now being blocked by an appeal by Dumo Lulu-Briggs. To what end, she asks. Possibly because Dumo does not wish the public to know that the filed autopsy report clearly stated that the High Chief Dr. O. B. Lulu-Briggs died of natural causes. Dr. (Mrs.) Seinye Lulu-Briggs maintains her earlier assurance that should Dumo fulfill the above-stated binding, unconditional undertakings imposed on him by the High Court of Ghana and allow the release of the report of the duly conducted autopsy on his father, which he instigated; she would withdraw her appeal against the judgment. Nevertheless, she questions the motive behind obtaining the body for burial without any clear burial plan. In her view, custody of the body is not necessary in planning the burial. She says that the blocking of the release of the report of the duly conducted autopsy, as well as the call for another autopsy by Dumo Lulu-Briggs, confirm her position that he is desperate to obtain the body because of his sinister motives and not necessarily for burial.

Dr. (Mrs.) Seinye O. B. Lulu-Briggs recalls that Dumo Lulu-Briggs approached both the Police and a Magistrate Court in Ghana to organize an autopsy that did not provide representation for her, whom he falsely accused of killing her 88-year-old husband. To legally and legitimately protect herself and ensure the autopsy process was fair to all Parties involved (ie. both the accused and the accuser), she approached the High Court to ensure the autopsy process provided and guaranteed representation for her, her accuser Dumo Lulu-Briggs, the Nigerian Police, the Ghanaian Police and Interpol; and it was done. Dr. (Mrs.) Seinye Lulu- Briggs, Dumo Lulu-Briggs and the Ghanaian government had two representative pathologists each. The President of the Nigerian Medical Association, Dr. Adedayo Faduyile, was one of Dumo’s representative Pathologists. To this day none of all the six Pathologists involved in the autopsy procedure, including Dumo’s representatives, has queried the process which was conducted by the Ghanaian Military at the 37 Military Hospital in Ghana. The Ghanaian Police in a letter (see attachment) responding to a needless written protest by Dumo against the autopsy even while it was ongoing, given that it wasn’t being done as he would have wanted (ie. as a private autopsy) confirmed to him in writing thereafter that the autopsy was done according to the set standard.

In the face of the legal infractions, the scion and leader of O.B Lulu-Briggs family Chief Dumo O.B Lulu-Briggs has remained silent as this reporter gathered that he was preoccupied with the burial arrangements of his late father which will come up early in 2021.