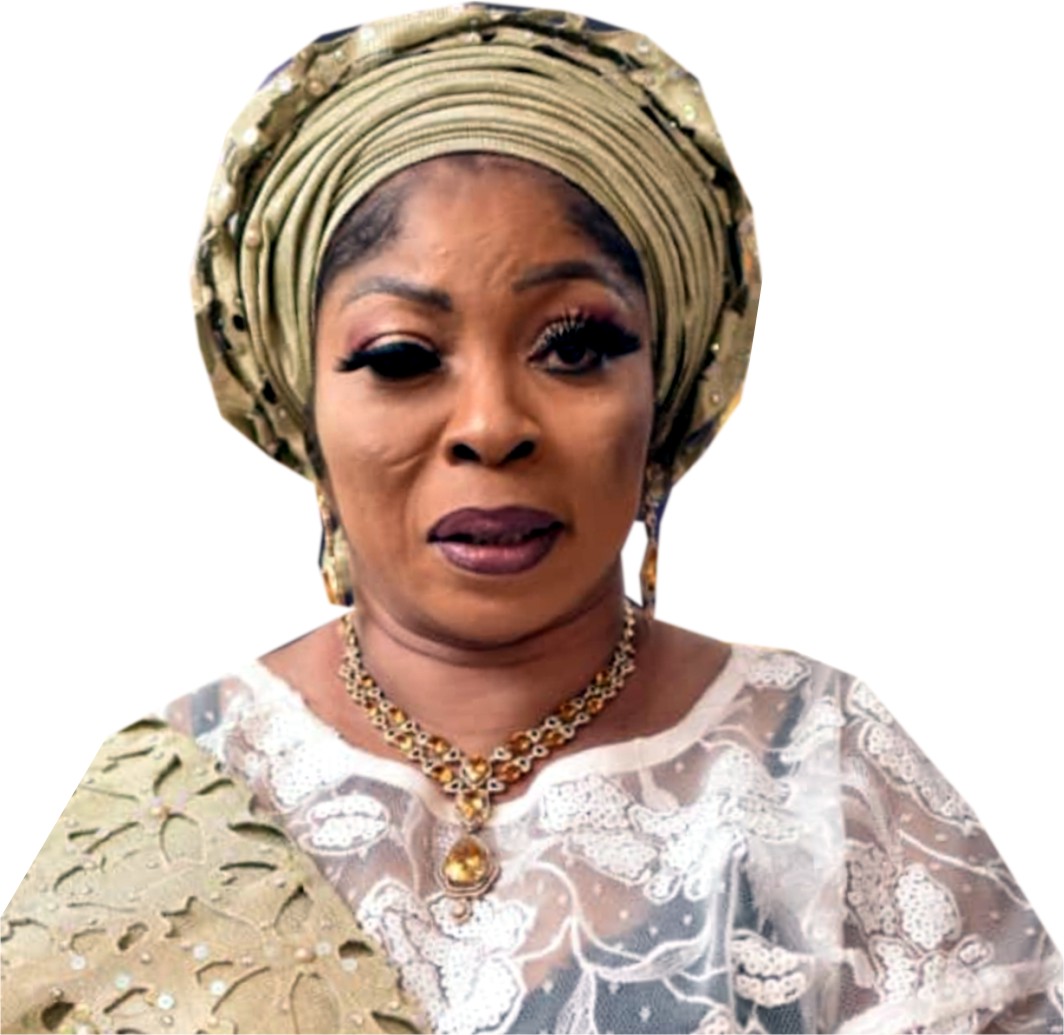 •”He Told me To Prepare AMALA For Him”

“When my late husband died, it was a big disaster for me”, she recounted. “No 1, he was everything to me. He was my brother. He was my father. He was everything to me. We were friends. We were close friends. So close were we that there is nobody on earth, maybe from his own family or my own family that can say he settled Quarrel between me and him. We don’t fight. It was so shocking to me because he was not sick. It was a plane crash.”

“I remember that day. I still remember vividly what happened that day. He got up beside me in the morning, to go to Lagos for a meeting.”

“We were in our house in Abuja. In fact, he persuaded me that I should follow him to Lagos. But I was pregnant. I had this morning sickness, so I said no. And he was coming back same day. He called me at the airport and asked me to make Amala for him. Suddenly, I was expecting him to call me that he has landed, like he used to do. Whenever the plane lands, he will call to say we have landed ooo. I am on my way ooo. And if he wants to enter plane he will say okay, I am inside the plane now. I am sitting on seat no this or that. So, I was expecting his call. I couldn’t reach him after 45 minutes to one hour of the flight. I tried to call him, the line was not going.”

“He was the one that said I should send the driver to the airport, which I did. I then went on to supervise the cook and I made good Amala. So, when I couldn’t reach him, and I realised that the phone was switched off, I got worried and I looked at the time it was more than 1 hour. I didn’t know what to do. So, I began to call up people.

I called the driver at the airport. He said Madam, there are many people here ooo.

Everybody is expecting the plane. Nobody has seen the plane. Then, I said take the phone to the Bellview counter, let me talk to them. Then, I tried to speak to one or 2 of them. And they said, ehn we don’t know what happened, the Radar is not working. So, I was confused. The next thing that I did was to start calling the authorities to let them know what is going on. The DG of SSS then was my brother.

Uncle Kayode Are. We are from the same place in Abeokuta. So, I called him and he said he heard about it. So, I rushed to his house in Asokoro. I drove myself that night. On getting there, he wasn’t at home. I didn’t know that, that same night they have heard the news that late Stella Obasanjo had died in Spain. So, he went to tell the President. I didn’t know. I just went to his house, because they know me, they allowed me in. I saw the wife and she was trying to hide the information. She didn’t tell me that late Stella had died. She just said, oh, your brother has gone to the Villa. Then I saw how she looked. She was not happy. She looked moody. I was asking her: My Wife Are You Okay? I used to call her My Wife. She is Ngozi Are. I was asking her, what happened? Why are you like this? She said oh, I want to have headache. She couldn’t tell me because they have not announced to the President. So, they are not supposed to announce to anybody. I was still telling her see my problem ooh. My husband was inside plane ooh. We can’t find the plane. She said call your brother on the phone and tell him. I moved from there to NSA’s house. That is the National Security Advisers house. I got there and they told me the NSA has gone to the Villa. I didn’t know what to do. So, I started calling the Villa. I thought the plane had been hijacked, so I was telling them my husband looks like a military man ooo, he was wearing this kind of dress. Please look out for him. They said I should just go home. They will be monitoring what happened. I just couldn’t go back home. That night I drove to the Airport, I led them to the Aviation Ministers house. Professor Borisade. He is from Isi Ekiti, the same place with my late husband who is from Ijero Ekiti. It is not too far. Isi Ekiti to Ijero Ekiti is not too far. In fact, they went to the same secondary school. And my husband was his senior in school. We went to his house and they said Prof. Borisade is not in town. That he has travelled. At that point, I didn’t know what to do. That night I couldn’t sleep. I just put on all the TV, like 4 around me, NTA, AIT, CNN, BBC and I started calling people to ask for any information they have.”

“It was later we heard that there was a plane crash and they are trying to move them from one place to another. My husband is immediate younger brother, Prof. Yemi Omotade, was at UCH in Ibadan. So, I phoned him that this is what happened.”

“He said that is no problem, he was trying to arrange for doctors who can go and rescue his brother, that my brother will not die. My late husbands younger sister, was my close friend, Mrs. Ola Oni Adedapo. She was the one that saw my husband last in Lagos. In fact, her driver was the one that took my husband to the Airport. So, I was calling her also. I was also calling her husband too. What happened?”

“The following day, in the afternoon, I entered plane from Abuja, came to Lagos when they said they discovered where the plane crashed. I went there. I was thinking of flying him abroad. I was having $50,000 cash at home. That was when Nigeria was good. $50,000 dollars was just N7.5 million. Then, I put the money in my bag and I came to Lagos. Mrs. Adedapos driver was the one that picked me from the airport. It was when I got to their house that they broke the news to me. Uncle Wale Adedapo said to me that they went there, and there was no single survivor. I collapsed immediately. I didn’t know when I slumped and hit my head on the edge of the chair. I passed out. I was pregnant. I just couldn’t believe what had happened.”

“This is somebody that spoke to me about 8 pm and by 9 pm, I couldn’t reach him. So, it was a Big Disaster. For losing 2 close people. I was very close to late Stella Obasanjo, very, very close. She was a big sister to me, with a heart of gold. I also lost my late husband, who was my best friend. We never fought for one day. Whenever I hear that some men beat their wives, I always wonder why that should ever happen because my late husband never for one day raised his hands to beat me. He was a fantastic husband. Even when my last baby was having Father’s Day in their school and they asked her to say 1 or 2 things about her father. She said I don’t know him, but my mother said he was a good man. She said I was inside my mother’s womb when my father died”. The school wrote me. They said we are sorry to hear this we didn’t know this is what is going on. They said your daughter said you told her that her father was a good man, I said yes, he was a good man.”

“He was a Federal Permanent Secretary in Abuja. He and this my new husband, they have a few things in common. He was a Teacher. After finishing from U.I. in Ibadan, he taught in a school in Ikare. When he graduated in 1970, there was no NYSC. So, he finished school, and taught briefly before joining the Federal Civil Service.”

“Also, my new husband, he went to A.B.U. Zaria. He read English, and when he came out, he also taught. He also was a teacher at Yaba Tech before he joined the Police. So, they have a few things in common.”

How Witches Dealt With Us On Movie Location – YORUBA Actor, EEKANA AJA