How Witches Dealt With Us On Movie Location – YORUBA Actor, EEKANA AJA 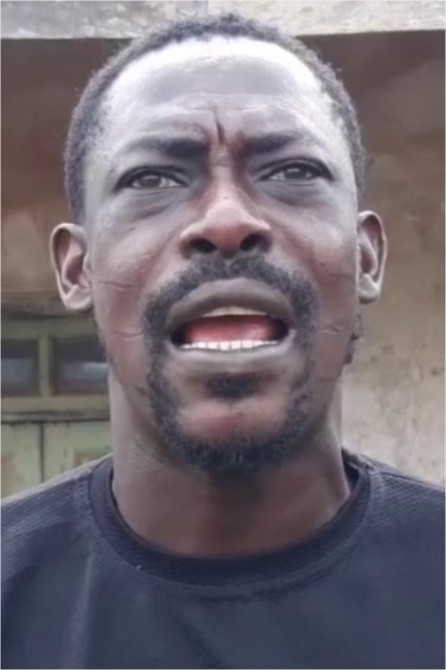 Kazeem Muritala, popularly known as Eekana Aja, is one of the top Yoruba actors who have been in the game for over three decades. He is mostly featured in epic films where the culture and history of Yoruba is practiced. He has acted in various epic series and has also produced many movies. He was a guest on Ojopagogo TV, where he shared some of his experiences while shooting some of these epic films. Enjoy.

I am Kazeem Muritala popularly known as Eekana Aja. I am a full-time actor and movie producer. I started joining the theatre troupe since I was still in primary school. This was when my late boss, Aderopo just concluded a TV series called Arelu. He left Jimoh Aliu that year and would go about from school to school to perform live on stage.

So he came to my school back then for a Live performance. Immediately I saw him, I rushed to him and tell him I am also interested in acting, and that I’d love to join his troupe.

Coincidentally, he has chosen my village as the base where he will be training his students, and that made it easy for me. That was how I joined Mr. Aderopo in 1987. I was Primary 4 at that time.

Did you attempt to do any other job since then?

No. I did not attempt any other job. I went to Primary School. I went to Secondary School and proceeded to Osun State College of Technology, Esa Oke for my National Diploma. I was acting in between these times.

How did you cope back then?

It was very tough, I must say. We used to carry loads for our bosses while we were still under training. We would carry loads from one village to another because there was no home video during that time. We would go to village squares, town halls and schools.

The major challenge we faced aside from the stress of traveling by road to these villages is that we were just doing the job for the love of it. Money was not coming in as expected for our boss and we were not getting any at all. But we were pushing hard despite.

There were many times that I have gone to shoot movies with people in the deep forest and by the time we would want to go back, there would be logistic problems.

There was a time we shot Osa Eleye, with another boss of mine, Dagunro of late memory. We have gone into the forest to shoot the movie. Late Yomi Ogunmola was the director of the movie. The bus had conveyed the first set of people. By the time the bus is coming back to pick us, it developed mechanical fault. This is a place that will take 2 hours to drive by bus. We started trekking from 12 pm and we got to our base in Oshogbo by 3 am. We trekked for 15 hours!

We got to Dagunro’s house and fell in front of his house, we slept there till dawn. This is one of the many challenges.

Another challenge that I can also remember was when I became a producer. Back in 2004, when I wanted to shoot my movie. The location was in Ore. The place is called Akintola. We wanted to shoot the scene where the witches are holding meetings. I have set the camera upon one of the rocks in the town and the cast is set for the scene. But anytime the director screams ACTION, the camera will catch fire.

We initially thought it was a misconnection problem, but we couldn’t find a solution to it for many hours. After many attempts with no workable solution, one old priest in the village called us and informed us that our camera will not work because we are trespassing on the land of the real witches. He said we are even disturbing them as they are about to hold their meeting about the same time. He said if we are not careful, one of the cast will die that night if we don’t appease them. I was asked to go and look for ten 20 naira notes. I rushed to get them and brought them before the man. He then took me out on a journey and would ask me to stretch out each 20naira note, I will stretch it out and someone invisible will collect it from me. This was how I stretch out all the money and it all disappeared. The ram that I bought that we intend to slaughter the next day for food went missing the next day. I cried out to see if anyone had seen and the priest told me not to look for it. He said someone who would have gone missing in our midst has been replaced with the ram. These are some of the challenges that we face in the profession.

Are you fulfilled with the profession?

Except if I want to lie. The profession pays me so well. Ever since I finished school, I had no other job. I have been able to feed my immediate family and send my kids to school. It has been a wonderful journey so far.

How Witches Dealt With Us On Movie Location – YORUBA Actor, EEKANA AJA was last modified: November 4th, 2020 by Seun Emmanuel