Home News How My Mum’s Advice Paid Off For Me – Hon. OLUSEGUN GANIYU OLULADE (Eleniyan)
News

How My Mum’s Advice Paid Off For Me – Hon. OLUSEGUN GANIYU OLULADE (Eleniyan) 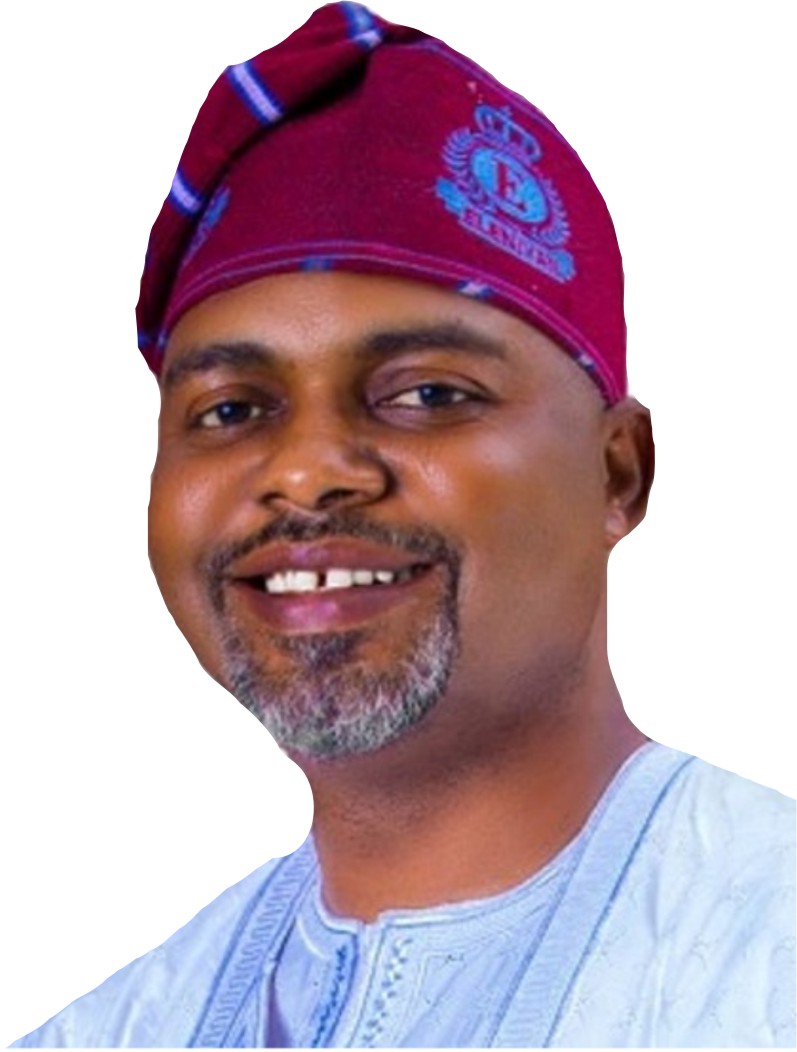 As a child, Hon. Olusegun Ganiyu Olulade and his mum fortuitously had an encounter with a former Governor of Lagos State, the late Alhaji Lateef Jakande.

On that occasion, youthful exuberance perhaps made Ganiyu express admiration for Jakande. His mother didn’t allow the golden moment to waste away. She cued in on it and delivered a lesson on the principle of success to her child. “If you want to be like Jakande, you must go to University. You must go to school and be educated”.

Ganiyu looked up at his mother, their eyes met and momentarily locked. His eyes glowed with interest as Ganiyu stared at his mum, giving off an indication of understanding, that was the decisive moment of decision-taking for him. “Come rain or shine, I would go to school”, he tacitly told himself. To him, it was a day and moment of resolve that has served as a guiding principle that has shaped his life.

Last Thursday, the former two-term member of the Lagos House of Assembly was at City People Headquarters, Gbagada area in Lagos to talk about his 50th birthday programme. He didn’t wear an air of importance, which is the albatross of most politicians, who are spoiling to rule, asserting their entitlement to the rulership of the country.

In what could be described as a courtesy visit interview, Olulade, whom many people, even outside his Epe Constituency, regarded and call Eleniyan the man of the people, opened up on his life itinerary of five decades. As it were, he had listening ears of his hosts led by the Publisher of City People, Seye Kehinde, as they threw probing questions that brought out many things people don’t know about this colourful politician called Eleniyan. He displayed a command of the English language that had a touch of mastery of the language.

He was quick to announce that he was of a humble background prepared and moulded for the leadership role he is playing today by the moral and parental instructions he was fed with, in his childhood days. His primary education followed by grammar school days could be said to be smooth. After, there was a hiccup. He could not go to the university immediately after the completion of his secondary education. Reason? There was no money. It was at that point that he sought employment and he could not quickly get one.

The desperation to earn a living made him to grab a gardener’s job to sustain himself.

One day, it was a sheer coincidence that while working in the garden, a home lesson teacher employed by the landlord to hone the learning skill of the landlord’s children made a grammatical error while teaching the children. Olulade corrected the teacher. Unfortunately, for the teacher, the mother of the house was at a hearing distance and heard what transpired. That was how his status changed and he eventually became a teacher in the house.

He later got a job with the Lagos State Ministry of Education and was placed on N120. With time, he forgot all about going to the university and started enjoying himself, going to clubs as he wanted to belong. His intermittent contributions to the Lagos State-owned newspaper, Horizon had been noticed by his boss, simply called Mrs. Muoka and the woman took an uncommon interest in him. One day, she accosted him and inquired if he was no longer interested in furthering his education.

For a man whose earlier ambition to gain admission into the Lagos State University was frustrated by his inability to pay N90 and whose mother had told that if he wanted to be like Jakande, University was a must, he told the lady that he was keen in going to the university.

A few other questions, however, betrayed his unpreparedness. To his surprise, the lady director ordered withholding of his salary to force compulsory saving on him. The director was taking Olulade’s salary and giving him only fares and feeding allowances every month.

To his happiness, the forced savings facilitated his going to the university 8 years after a fee of N90 had blocked it. After the university education, it appeared Olulade was ready for the next stage of his life. From postal pasting for political candidates to his campaigning for Asiwaju Tinubu in his 1999 march to the senate. That, however, was not to be as Hammed Tinubu eventually became the governorship candidate for the Alliance For Democracy (AD) in 1999 and he won.

It was the earlier resolve of Tinubu and Chuba Okadigbo to go to the legislative arm of government that fired Olulade’s interest in serving the people in the Lagos House of Assembly. He believed it is an assured avenue to serve people at the grassroots by contributing and participating in making Laws that would ensure a better and higher standard of living in security for the people.

With his 8 years stint in the Houe of Assembly, Olulade has effectively established himself as a man of the people, contributing to people’s lives with a stamp of positive impact on their lives. His empowerment scheme is all-encompassing and has built him a formidable swelling rank at the grassroots supporters. Men, women and youths have benefited and he is not ready to stop despite that he is no longer in the House. He has given scholarships to indigent students.

He did not stop at his constituency or his ethnic groups. Many non-Yoruba indigent students have equally benefited.

The icing on the cake of his scheme of helping people to succeed in life is setting up a foundation. It is on this note that his 50th birthday was spread over 5 weeks. Every week for something unique and spectacular. First week, he visited his primary school for his annual contribution to improving facilities in the school. The second week, he went to an orphanage to spread happiness to the inmates. He gave them a party that they would not forget in a hurry.

Abandoned children were also gathered and made to believe they are human beings. They were equally given hope with empowerment tools that would enable them to earn a living. The fire of the populist scheme of this All Progressives’ Congressive is still being stoked to burn brighter with its flame soaring higher.

To crown it all, he threw a party and invited his political mentors and models. He invited the family of the late Alhaji Lateef Jakande and Asiwaju Ahmed Tinubu. Both honoured the invitation, putting a stamp of approval on a political godson we all admire!

How My Mum’s Advice Paid Off For Me – Hon. OLUSEGUN GANIYU OLULADE (Eleniyan) was last modified: August 16th, 2021 by City People