How Oba AKINLOYE’s Wife Olori AMOSHA Was Buried In LAGOS 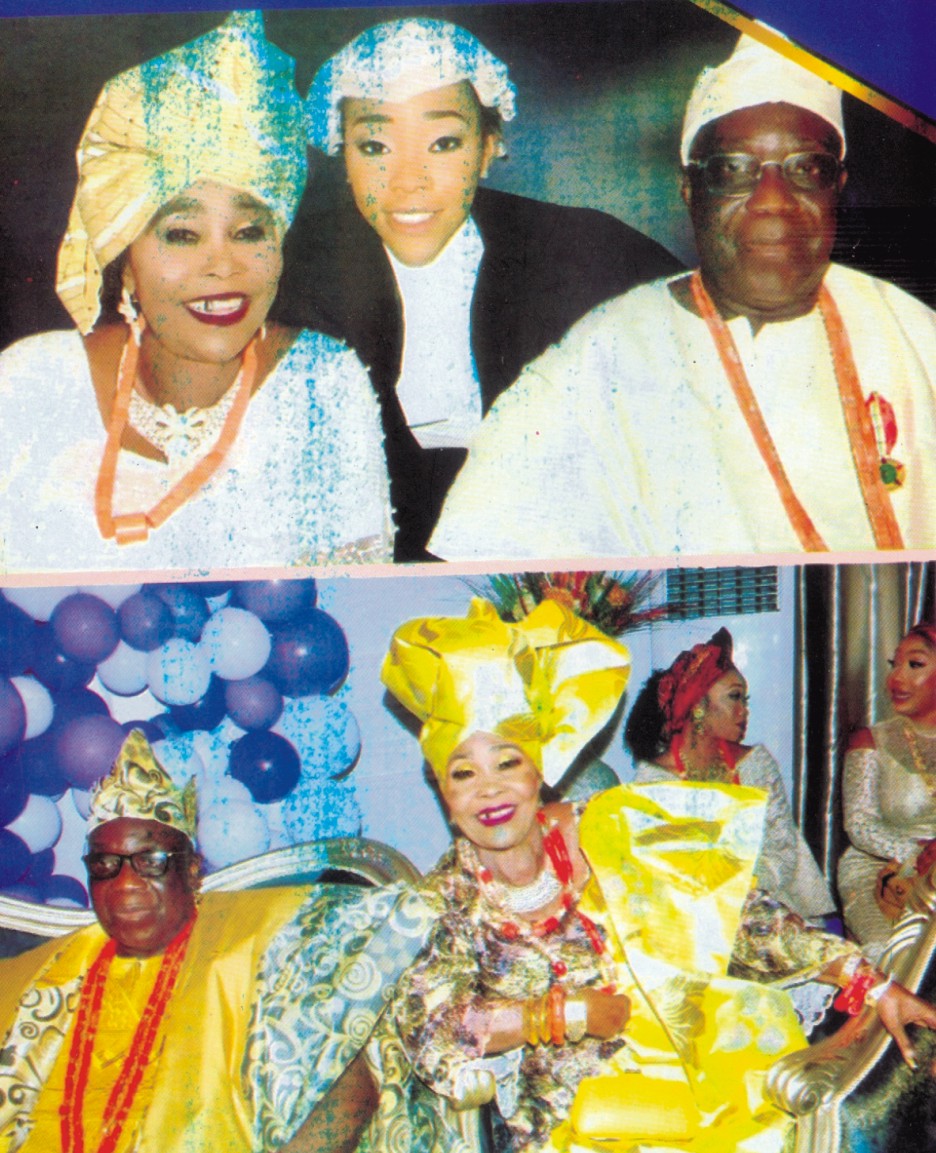 •Why Her Husband Didn’t Joke With Her

She died last week of January 12, 2021, during a brief illness. Her husband and successful kids held a classy fidau prayer for her on 19th January 2021.

To say that Olori Amosha would be missed is an understatement. She was a woman of the people who lived her life for the people.

Through her philanthropist role in Ajiran Lekki, many young people were engaged in business. Olori would also be greatly missed within the palace. She was described as a mobiliser and Kabiyesi’s closest friend.

She always had her way among the chiefs and all her stepchildren.

Though, a disciplinarian, Olori Amosha was a very blunt Queen, who always stood for the truth, a prince in the palace revealed.

Olori Sidikat Ololade Akinloye was born on the 21st of January 1952 to the families of Keshinro and Kasumu Mogaji of Lagos State. The Keshinro came from Edo State and settled in Orimedu, Ibeju Lekki area of Lagos, while the Mogaji family is from the Epetedo Area of Lagos Island.

She attended Ade-Oshodi Memorial Baptist Primary School and later had a brief stint at Rev. Kuti Preparatory School before proceeding to People’s Girls Grammar School, Ibadan from where she was transferred to Federal Government School, Ilorin, Kwara State where she completed her Secondary Education.

She secured employment with the Nigerian Army (pay and records office) Kaduna. She was later sent on a confidential secretary course at ‘the Federal Training Centre, Kaduna.

After a distinguished working spell, she was transferred to Federal Ministry of Health, Lagos as a confidential secretary (II) from where her quest for business and service to her people saw her resign. Her next point of call was active politics by joining the National Party of Nigeria (NPN) where her smart work was recognised and she was made the woman leader for Lagos Island and environs.

She did this alongside other businesses, which included the setting up and running of her beauty store “Lady Kesh Beauty Store” on Adeniran Ogunsanya Street in Surulere, Lagos. The name of her shop has since stuck with her person over the years as many still call anti refer to her as Lady Kesh.

She continued active politicking and was appointed supervisory councillor in charge of Agriculture Youth, Sports and Social Development at Ajeromi Ifelodun Local Government under The Chairmanship Of Prince Rabiu Adio Oluwa for her various contributions and involvement in the development of her environment.

Her continuous quest for knowledge led her to attend Lagos State University, where she read Law and bagged a diploma in Law.

Olori Amosha was a very social person. She loved to have people around her especially children. She was a very stylish woman, who would stop at nothing to help others especially those in need.

Her extremely sensitive nature and her heart of gold was especially noticeable as she had positively touched many lives both materially and spiritually.

Olori Ololade Amosha was every hardworking and dutiful lady. The eldest of her siblings and a source of inspiration to them all. She extended the same to her husband/family and her children, grandchildren, great-grandchildren and wards education. People’s welfare and success were her priorities. She was always ready to help all those who sought assistance.

Olori Sidikat Ololade Amosha Akinloye was happily married to HRM, Oba Tijani Adetunji Akinloye, (Sateru II) Ojomu of Ajiran Land, Eti-Osa L.G.A of Lekki, Lagos with children, grandchildren and great-grandchildren all of whom are doing very well in their various endeavours both at home and abroad.

DIGNITARIES AT THE FIDAU PRAYER

My Husband No Longer Turns Me On In Bed!