How Olofin OF ISHERI Reached Out To Other Kings 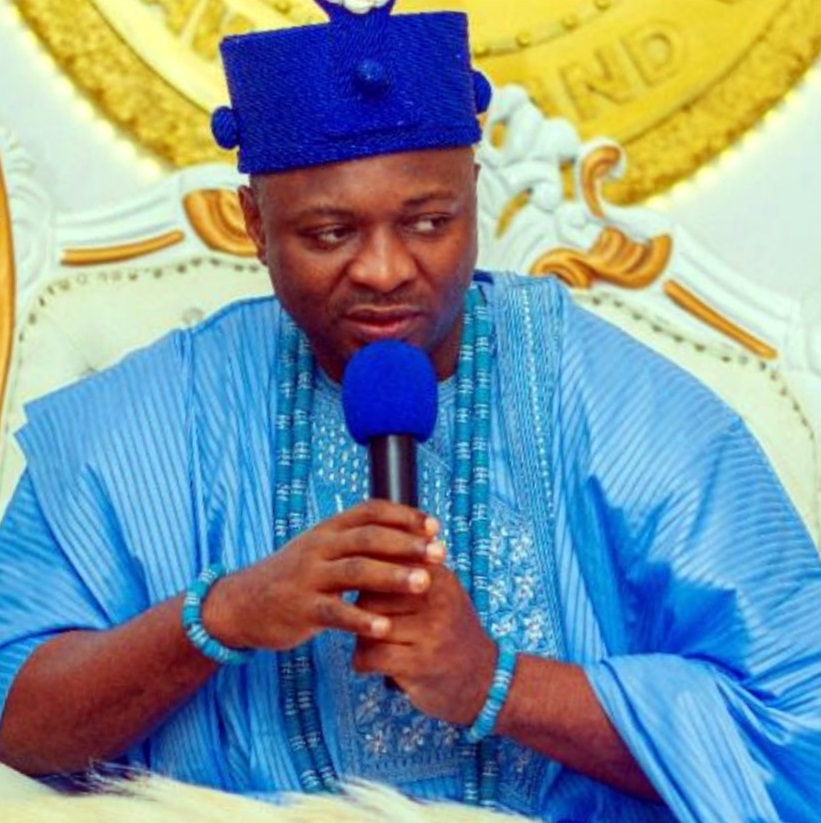 •Details Of His Royal Tour In The Last 1 Year

The Olofin of Isheri, Oba S.A. Bamgbade is in a joyous mood right now. It is his 1st year Anniversary on the throne of his forbears. Over the last one year, the Olofin embarked  on a lot of royal visits to other kings.

The visits were schedule interactive sessions between the Olofin and the host monarchs with their subjects and relevant stakeholders in attendance.

A promise made; a promise fulfilled. This statement fittingly captures the raison d’etat for the

In the face of acknowledged fragmentation across Aworiland, Oba Bamgbade, in the build-up to his coronation made a solemn promise to pull the Awori collective back from the brink of division and strengthen the bond of unity that was once the hallmark of Awori communities.

The royal promise was premised on an old adage that says a house divided cannot stand as it provides a breeding ground for crisis. No doubt too, Oba Bamgbade acknowledges that agbajo-owo la fin soya (we beat the chest with two hands to express solidarity and confidence) Bamgbade, also recognizes the strong point in the saying that osusu owo kororun lati se (our numerical strength makes us formidable).

A man’s word is his bond and Oba Bamgbade exemplifies this royal trait. He began the promised Royal Peace Tour; an self-initiated fence-mending assignment precisely on Wednesday the 27th of October, 2021 (41 days after his coronation and presentation of Staff of Office and Instrument of Appointment by the Government of Ogun State on Wednesday 16th of September, 2021 as the 20th Olofin of Isheri).

The Olofin’s Royal Tour is as historical as it is pragmatic. The visits were scheduled interactive

sessions between the Olofin and the host monarchs with their subjects and relevant stakeholders in attendance. The tour spanned a total of ten Local Government Areas and Local Council Development Areas (LCDAs) spread across two states – Ogun and Lagos, where people of Awori stock had settled over the years and are in very clear majority. Monarchs visited in the course of the tour include:

The Royal Tour presented a platform for mind-robbing sessions and appraisal of identified knotty issues about the Awori; particularly the worrisome threat to peace in different communities and unity amongst component kingdoms and of course the way forward in ensuring that the Aworiland collectively remained united, peaceful, progressive and focused in the genuine desire to harness both natural and human capital endowment of the Aworiland. “The Royal Peace Tour,” says Oba Bamgbade, “was embarked upon as my post-coronation thank you tour to express my appreciation and to extend a hand of friendship, love, support as well as rob-minds with designated monarchs. The visit also afforded us an opportunity to do an

appraisal of the situation on ground across Awori Kingdoms. As the Arole Olofin Ogunfuminire and the Adimula of Awori kingdoms, I shall continue to preach unity across Awori Kingdoms. I have no doubt on my mind that our collective strength is reflective of the depth of our unity. Where there is unity and collaboration, wonderful things can definitely be achieved. Together, we shall soar higher like the eagle.”

His Royal Majesty Oba (Prof) Adeyemi Abdulkabir Obalanlege the Olota of Ota is on the same wave length with the Olofin on the need for the Awori to unite and present themselves as one big family.

“I sincerely appreciate the Royal Peace Tour initiated by Olofin Asholesa; Olofin of Isheri He

same page in the agenda for the unification and unity of the entire Awori. To that extent; what

links and historical ties with the sale objective of repositioning the entire Aworiland and empowerment of our youth. We must give paramount attention to the education of the younger generation so as to have them better positioned to get commensurate empowerment and employment opportunities for the greater glory of Aworiland.”

Clearly, the Royal Tour was a success story. The vision that gave birth to the mission behind the royal tour in the words of Oba Bamgbade, had been accomplished to a large extent. “We have visited so many communities and our hosts couldn’t hold back expressing their surprise at

the visits. It had never happened before – the Olofin visiting other monarchs in their domains.

“The royal tour was well-received and reciprocated by many Obas who also visited the palace of the Olofin to pay homage; a gesture that has largely strengthened the ancestral bond among

the Awori kindred” says the Olofin. “I was able to interact and able to project the pre-eminence

of the Olofin. It was a productive engagement and quite fulfilling knowing that genuine bold steps had been taken in spearheading the move to unify the Awori as one people under one big umbrella.”

The Royal Tour presented the Olofin with a wider view of the Awori; the people; their origin and cherished history. “My take-away included lesson learned about the history of the dispersal from Isheri Olofin; relocation of the Awori and their subsequent settlement in their present domains across Ogun and Lagos State respectively. The Awori domiciled in both Lagos and Ogun State now sees our unity in a better perspective more than at any other time in history.

We are one big family which is the right attitude.”

Looking at the larger picture, Oba Bamgbade sees the Awori Summit in the light of an event that is both laudable and very successful. The Awori Summit 2022 with a fitting theme – AWORI KINGDOMS: BUILDING STRONG INTRA-COMMUNAL BRIDGES has been adjudged as a landmark event that came with a loud clarion call; a new awakening to the reality about the Awori in contemporary Nigeria. Verifiably too, so much grounds had been lost on many fronts – culturally, economically and politically through neglect and lack of consciousness on the pride place of the Awori; a people with rich history and heritage.

The Summit re-echoes the fact of history that establishes Ogunfunminire as the unquestionable progenitor of the Awori; a band of the Yoruba stock that migrated from Ile-Ife and later settled at Isheri Olofin Mole, in the present day Ogun State. In his thirst for adventure, Ogunfunminire, at some point after first establishing a community known as Isheri, decided to expand the frontiers of his kingdom to the far reaches of Iddo in the present day Lagos; where he sired children known in history as the Idejo through his wife, Ajayi. The Idejo class grew in status and wealth as land owning-personages and played prominent roles on the socio-economic and political scene of Lagos of that era and their bloodline have been crowned monarchs with specific areas of jurisdiction.

Ogunfunminire eventually returned to Isheri to develop his domain that served as the nucleus from which other communities sprang in an organized template that ensured filial connection were retained with the home town, Isheri Olofin.

Isheri-Olofin is acknowledged in both oral and written history as the ancestral home of the Awori. However, with time the Awori dispersed to different locations in the milieu; emerging in the process as the largest stock of the Yoruba race in Lagos and Ogun States respectively with massive presence and domiciled in sixteen out of the 20 constitutionally recognized Local Government Areas in Lagos State with possible exception of Epe, Ikorodu and Ibeju Lekki.

In Ogun State Awori are domiciled in 37 percent of the entire area and acknowledged to constitute 31 % of the population spread across Isheri, Ota, Igbesa, Agbara, Ilobi and Tigbo.

Traditionally known as fisher men and farmers, the Awori narrative has changed significantly with the industrial revolution pioneered by the Western Region Government led by Chief Obafemi Awolowo in the late 1950s right into the 1960s. This development opened the frontiers of the Awori-speaking areas like Ikeja and Isolo in Lagos, as well as Otta and Agbara, in Ogun State, to welcome and play host to the establishment of massive industries in their communities which on one hand led to economic transformation and development but on the other; loss of ancestral land to investors who are not indigenous people of Awori stock.

The fact of the rich history of Isheri as the motherland of the Awori is quite compelling. It

therefore didn’t come as a surprise His Royal Majesty Oba Bamgbade the 20th Olofin of Isheri has made it a point of responsibility to keep aglow the flame of Awori’s pre-eminence; a resolve that berthed the AWORI SUMMIT 2022 in concert with progressive elements in Aworiland.

people of Awori descent spread across Nigeria and the Diapora. The first of its kind in contemporary Nigerian history, Oba Bamgbade, the convener of the summit was ably supported by the Awori Welfare Association of Nigeria (AWAN); Awori Nations Coalition

(ANC); Isheri Olofin Progressive Coalition (IOP C). Largely, the Awori Summit 2022 as a well-thought-out platform seeks to achieve the objectives highlighted below: Foster unity and harmonious relationship to strengthen historical bond and solidarity on shared interests of the Awori communities – a right step in the right direction that has the

promise of helping in eliminating all forms of dispute bothering on clash of interest capable of threatening the unity of the Awori as a people. Raise the bar of awareness amongst the youths; particularly in the areas of empowerment, democracy and politics which ultimately would open doors of engagement and participation at all levels of governance and elections. Promote healthy relationship among the monarchs domiciled across Aworiland spanning Ogun and Lagos States.

Make it a point of duty to sensitize the Awori on matters relating to economic empowerment,

educational scholarship for the youth and women. Introduce re-orientation programmes with the objective of helping community leaders to consciously create inve tment climate that will create opportunities within their respective areas of jurisdiction and ultimately for the benefit of the entire Aworiland. The Awori Summit 2022 drew resource persons, participant and observers from different fields of human endeavour – governance, legislature, judiciary, the academia, the organized private sector, traditional rulers and leaders of thought.

“The Awori Summit 2022 was a landmark; one for the town of Isheri and second Iya milestone for the entire Awori” says Oba Bamgbade with a glint of satisfaction that played on his face.

–By Adeniyi Benson, in Anniversary Memorabilia

How Olofin OF ISHERI Reached Out To Other Kings was last modified: September 21st, 2022 by City People