How Otunba LEKAN BELLO Hit It BIG In Corporate NIGERIA 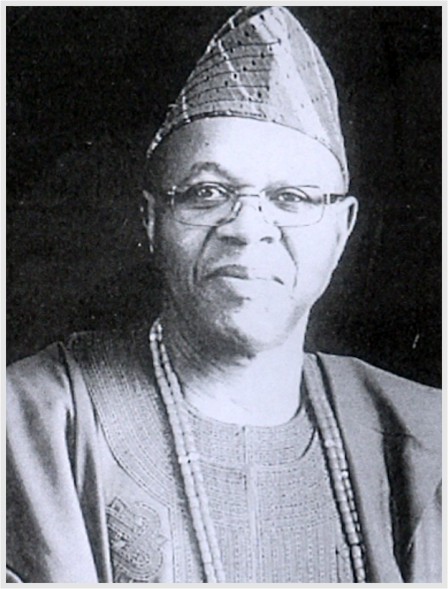 +Why The Awujale Holds Him In High Regard

Otunba Olalekan Belo is the Otunba Atewogbuwa of Ijebu. He is a big player in Corporate Nigeria. He is a brilliant financial effort. He was born at Ijebu-Ode on the 29th November 1954 to Alhaji Mbasiru Akanji Belo and Alhaja Basirat Oyinlola Belo. His grandfather was Alhaji Ibrahim Mati Belo, whose mother, ERUBANII, hailed from the OLUTOYESE Ruling House of Isoku, Ijebu-Ode and the GBELEGBUWA Ruling House. Otunba Olalekan Belo’s maternal grandmother, Alhaja Fatunmo Belo also hailed from the FIDIPOTE Ruling House of the Awujale Dynasty. Alhaja’s Fatunmo’s father, Pa. Ayinde Oloko was from the OSIMORE Royal House of Ijasi, Ijebu-Ode. His great grandfather was Pa Odutayo Belo of Ideyin Street, Ijebu-Ode – a wealthy merchant and close associate of Balogun Odueyungbo Belo Kuku.

During his professional career spanning almost twenty years in the banking industry, he worked with United Bank for Africa Plc,

heading various divisions within the banks.

Otunba Olalekan Belo was appointed Commissioner for Finance, Ogun State between 2003 and 2007 handling policy formulation, budget implementation and revenue generation amongst several others. He also served a, the State’s Chairman, Economic Advisory Committee between 2007 and 2011.

Otunba Olalekan Belo is the founder and Managing Director of FCSL Asset Management. He is happily married with children.

He was conferred with the traditional title of ‘Otunba Arewogbuwa’ by His Royal Majesty, Alayeluwa Oba (Dr.) S.K. Adetona, CFR, the Awujale and Paramount Ruler of Ijebuland on 17th May 2008.

His wife is Yeye Otunba Adetokunbo Belo. She is the Yeye Otunba Atewogbuwa of Ijebu. She was born on the 12th of February, 1957 into the family of Mr. T. A. Otubanjo and Mrs. Mosunmola Otubanjo. Her mother, Mrs. Otubanjo is the daughter of the late Pa. Tade Odunsi, the eldest son of late Pa Omoba Abasi Odunsi, ATOMOTELE of Idepo Quarters, Ijebu-Ode. Yeye Otunba Adetokunbo Belo’s maternal grandfather (Pa. Abasi Odunsi’s father) was Prince Osiye-Ade, the son of Oba Moloda of Odogbolu.

Yeye Otunba Adetokunbo Belo had her primary and secondary education at St. Saviours School, Ikoyi and St. Anne’s School, Ibadan between 1961 and 1975 respectively. She proceeded to the United Kingdom for her post-secondary education where she attended the Fern Hill Manor School, New Milton; St. James College, Dorset and College of Citizenship, Aylesbury between 1975 and 1980 where she obtained her Diploma Executive Certificates in Secretarial Studies and Bilingual Secretarial Studies.

Having worked for several years in Nigeria’s banking sector, Yeye Otunba Adetokunbo Belo left United Bank for Africa Plc in 1996 to set up her private business. She went into partnership with a South African company to establish DVR International Ltd, a firm offering courses in Interior Decoration.

Yeye Otunba Adetotunbo Belo is also the Managing Director of The Townhouse Ltd, an exquisite and Boutique Hotel.

She was conferred with the chieftaincy title of ‘Yeye Otunba Atewogbuwa’ by His Royal Majesty, Alayeluwi Oba (Dr.) S. K. Adetona, CFR, the Awujale and Paramount Ruler of Ijebuland on 17th May 2008.

– Culled from the Council of Otunba Brochure.