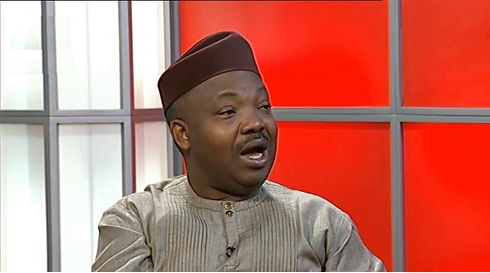 Afenifere spokesperson, Yinka Odumakin is not happy with the security situation in Nigeria right now. And he is not hiding his feelings.

Last week, Odumakin spoke to City People Publisher, SEYE KEHINDE about the deplorable state of Insecurity in Nigeria and puts the blame squarely at the doorstep of President Muhammadu Buhari. Below are excerpts of the interview.

When I interviewed you last year. I recollect that you predicted that if care was not taken, the killings and state of insecurity in Nigeria would degenerate further into a chaotic situation that we are in now. How do you now feel with the spate of killings in the country?

The unfortunate thing is that if not that all what has happened involves human lives and blood, we would have said, oh yes, we said so. It is a tragedy for us. In the last 4 years in Nigeria, we have seen a failure of leadership. The President has not shown good leadership in his pattern of appointments which is very skewed in favour of a section of the country as if Nigeria for him was just his own part of the North and the votes of other parts of the country didn’t count. In fact, the President went to Washington once, and at global space, he said those who gave me 3% votes cannot be compared to those who gave me 97% majority votes.

Then, all of a sudden, we started seeing the activities of Fulani Militia, who are called Herdsmen because they hide behind Cattles to perpetrate a lot of atrocities.

And the agenda as it is unfolding is very clear to us that the way Religion was used to conquer and dominate Hausaland is what is happening now. I am saying this because if you go to the North today, every village, every town that you see was built by the Hausas. The Fulani’ later came and penetrated them through Islam. They said we have brought you pure Islam. They said the Islam they had before was not proper Islam.  The Hausa bought that and they started to remove their own kings and they started putting Fulani’s as  Kings Till today. Except in a place in Zamfara and possibly one other Emirate, that has non-Fulani as head of the Emirate in the North, everywhere else has been taken over.

And many people won’t remember this. In the year 2001, this same President Muhammudu Buhari went to Gwurzo for a Quranic reception, event. He said I am so happy now that we have Sharia spreading all over the North, I must ensure that we spread Sharia all over Nigeria. We have been matching on with our civilization (the Jihad) until 1904 when they halted our moves. Now, we have to resume what was going on then. This was in 2001.

In 2002, Boko Haram started. What is Boko Haram? Opposition to Western Education. In that same year, the President came to an event in Kaduna.

At that event, he was urging Muslims to vote for only Muslims, who will protect the Islamic faith. By that year, he entered the presidential race for 2003 general elections.

These are some of the things the President has said over the years.

These are some of the fears people have expressed over the years. The fear then was if he became President, would he be the President of all? Would he promote Islamic religion and promote the Jihadist movement founded in 1904?

In January 1st, 2018, 17 people were killed in one day in Benue State. The Benue Governor was asked to come to the Villa. The President didn’t go to Benue State to commiserate with them. The shoddy way the Benue crisis was handled further deepened the fears of many. And the way government continued to make excuses for the herdsmen made people suspicious. We saw that pattern continue.

Because they were being defended by government officials, this emboldened the herdsmen. In 2018, Afenifere called on Mr. President, Buhari, sir, it is not healthy for you to be President and Commander-in-Chief of a multi-ethnic country like Nigeria and also be the Grand patron of Miyati Allah. Up till today, the pattern has continued.

How do you see the handling of late Funke Olakunrin’s case?

We are unhappy. It is sad. We have seen some strange patterns along this line after the murder of Funke Olakunrin.

We are shocked that somebody would be killed on Friday and by Saturday the car in which she was killed was back in her fathers compound without any ballistic & forensic investigation done on the car.

In fact, the car slept at Ore Police station for the night. We saw the car inside the compound. That shocked us. Now you can’t determine anything, like what kind of bullet was used. We saw the car inside the compound, riddled with bullets all over. So many bullets pumped into the driver’s side and the owner’s corner where she sat.  When I asked her brother, Femi Fasoranti yesterday evening, where was the corpse, he said it is in a private morgue. Has the Police carried out an autopsy on her? He said ‘no’. The junior brother of the deceased Kehinde  Fasoranti told me that when he got to one Police station that day to collect the corpse of this woman, he was told by the Police on duty there that she was killed by Herdsmen. They said the pattern of her killing, and operation showed that.

How can a death that has generated national uproar, at that level, be handled this way?. That means there is something wrong in our country. I was later told that all these would be done later. Where we are today, we saw all these coming.

What is Afenifere’s position on all these now, especially the state of the nation?

We would be speaking formally as a group on these matters in a matter of days where we would make our position known because a lot has happened to us, the citizens of this country. I cannot believe that this is the kind of country we are living in.

We need to address these issues and find remedies to them. Look, there is hardly any community you go to in Yorubaland today that you will not find a grave of somebody they brought home to bury.

We are fed up with the situation of things in this country. Funke’s murder is the turning point, it is the height of it. We are miffed. We will continue to raise our voice.