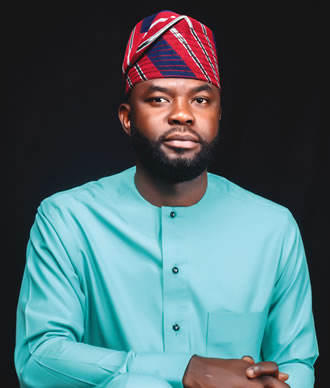 It is no longer news, at least within the political circle in Oyo State, that the honourable representing North-West/South-West Federal constituency in the Federal House of Representatives, Saheed Akinade-Fijabi has won the All Progressives Congress (APC)’s ticket to contest the constituency seat for the third consecutive time come 2019. Saheed won his party’s ticket by polling a total of 279 votes; beating his closest rival Mr Rotimi Ajanaku who polled 259 votes to the race.

While Saheed Akinade-Fijabi’s victory at the primary is still a big surprise to some, those who are familiar with the happenings within the political circle of the state want to believe that it a well-deserved victory. They see it a payback for loyalty. Though Saheed is seen in some quarters as a growing politician, what many don’t know, however, is that his political success didn’t just happen. Whatever he must have achieved in politics today is as a result of his father’s influence coupled with his own hard work. Though the father, Alhaji Ismaila Akinade-Fijabi might not be a politician per se, he is a power-broker in Oyo State. He is one of those who pull political strings in the state. He also has a massive followership and influence in the state. He is regarded as a heave weight in business and social circles in Oyo State. Fijabi is also one of the traditional chiefs in Ibadan; he is very close to virtually all the top elites in town.

Aside all these, it is also an open secret in Ibadan that Oloye Ismaila Akinade-Fijabi is very close and extremely loyal to the executive governor of Oyo State, Senator Isiaq Abiola Ajimobi.

It is a known fact in both political and social scenes that if you want to fight Ajimobi, you first have Fijabi to contend with. Ajimobi’s battle is his battle. He is one of the few top celebrities who are close to the governor. Those who know Fijabi very well will tell you that he is someone who believes strongly in friendship and with him, loyalty is 100%, anything short of that is unacceptable to him. His best friend is Fuji Czar, Alhaji  King Wasiu Ayinde Marshal (K1).

In case you don’t, Fijabi in the build-up to the 2011 general elections dumped the then governor Otunba Adebayo Alao-Akala in PDP to pitched his tent with Gov. Ajimobi in Action Congress (AC). Akala and Fijabi used to be very, very close before they part ways then. Many people who expected Saheed to have declared his political ambition back then in 2010 in PDP were shocked to see to him joining AC. So close were Akala and Fijabi then that when Saheed got married sometimes in 2008, Ex-Gov. Akala was the Chairman at the wedding reception.  But now the love and loyalty have bee shifted to Gov. Ajimobi. At most social functions and political gathering when you see Governor Ajimobi, Fijabi must be there.

All these and many more have really helped Saheed Fijabi in his political career. Saheed, a graduate of the prestigious University of Greenwich, U.K, is Chairman, House Committee on Telecommunications. He did his first degree at Greenwich Univerity, U.K, where he studied Facilities and second degree in the same institution in Project Management. He has MBA in Real Estate from the University of Reading, U.K. Saheed Fijabi has been able to make a name for himself on the political scene of Oyo State and he is about to set a new record if he wins his zone’s Federal seat again come 2019.