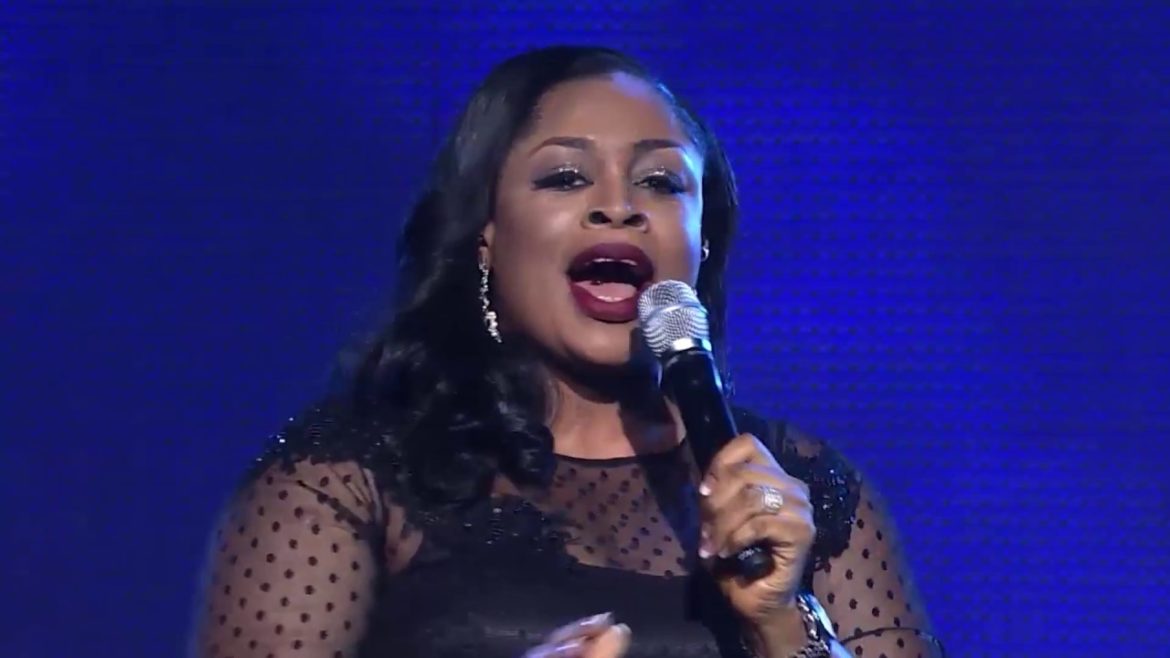 Sinach, whose real name is Oshinachi Joseph Egbu is a multiple-award winning gospel singer, songwriter, vocalist, recording artiste, producer and a senior worship leader at  Believers love world International a.k.a Christ Embassy. Believers know Christ Embassy is one of the very few spiritual organisations that has helped youths across the world nurture their raw talents into refined performer to improve their level of production in music, dance, spoken words, writings, poems to mention a few. Christ Embassy also has a powerful Gospel Ministry known as LoveWorld Music and Art Ministry headed by Evangelist Kathy Woghiren. It has been able to produce World-class gospel ministers of which Sinach is among.

Many wondered why she chose the stage name, Sinach, and the reason is not far to seek. She said her stage name was coined from her real name Osinachi, and that is because the stage name is catchy and easy to pronounce. She is from a Christian family who became born again at her early stage in life. She hails from Ebonyi State Nigeria, and she has been actively singing for over 25 years. She is a graduate of Physics from the University of Port Harcourt in Rivers State. Music is just one of her so many talents until she met Pastor Chris Oyakhilome, who mentored her and signed her on Love world Music Label.

Pastor Chris Oyakhilome, who is the General Overseer and spiritual Head of Christ embassy, has helped youths across the world to amplify their God-given talents. He has a lifestyle of celebrating people and giving them maximum opportunity and platforms to express themselves in a Godly Manner and develop themselves into better performers.

She ministers at healing Programmes, Night of Bliss crusades, Total Experience, Higher Life Conferences and programmes organised By Christ Embassy. There were speculations that she could not Minister in other churches aside Christ Embassy until she ministered in the most widely attended gospel concert called the Experience, which was organised and packaged by the House on the Rock.

She has composed over 200 inspirational songs. Her hit songs include I know who I am, overflow, way maker, Matchless love, Mighty is our God, The name of Jesus, No one knows’ to mention a few. She has had over seven albums which include I’m blessed, Waymaker, From Glory to Glory, Shout it loud to mention but a few. Apart from singing which is her passion, she also writes. She is married to one of the senior pastors in Christ Embassy named Pastor Joe and they are blessed. She has been to over 55 countries. She has travelled across the world and has ministered in several countries which include United States, Dominica, Cyprus, Canada, Trinidad and Tobago, Virginia, Dominica, Abidjan, Dubai, Barbados, Toronto, Ottawa, Winnipeg, Montreal, Jamaica, Philipsburg.

Her song: Way Maker, which was released December 2015 on Youtube had 100 million viewers on the 7th March 2019, making her the first Nigerian Gospel Artiste to break the Record and also the third after Yemi Alade and Davido who are secular artistes. The Believers Love World a.k.a. Christ Embassy has a global network of churches with a congregation of about 400,000 in different countries and Sinach ministering in those countries has opened a new chapter for her and has made her Nigeria’s biggest gospel export.

Meet 10 Guys Who Made Their 1st Million From INSTAGRAM