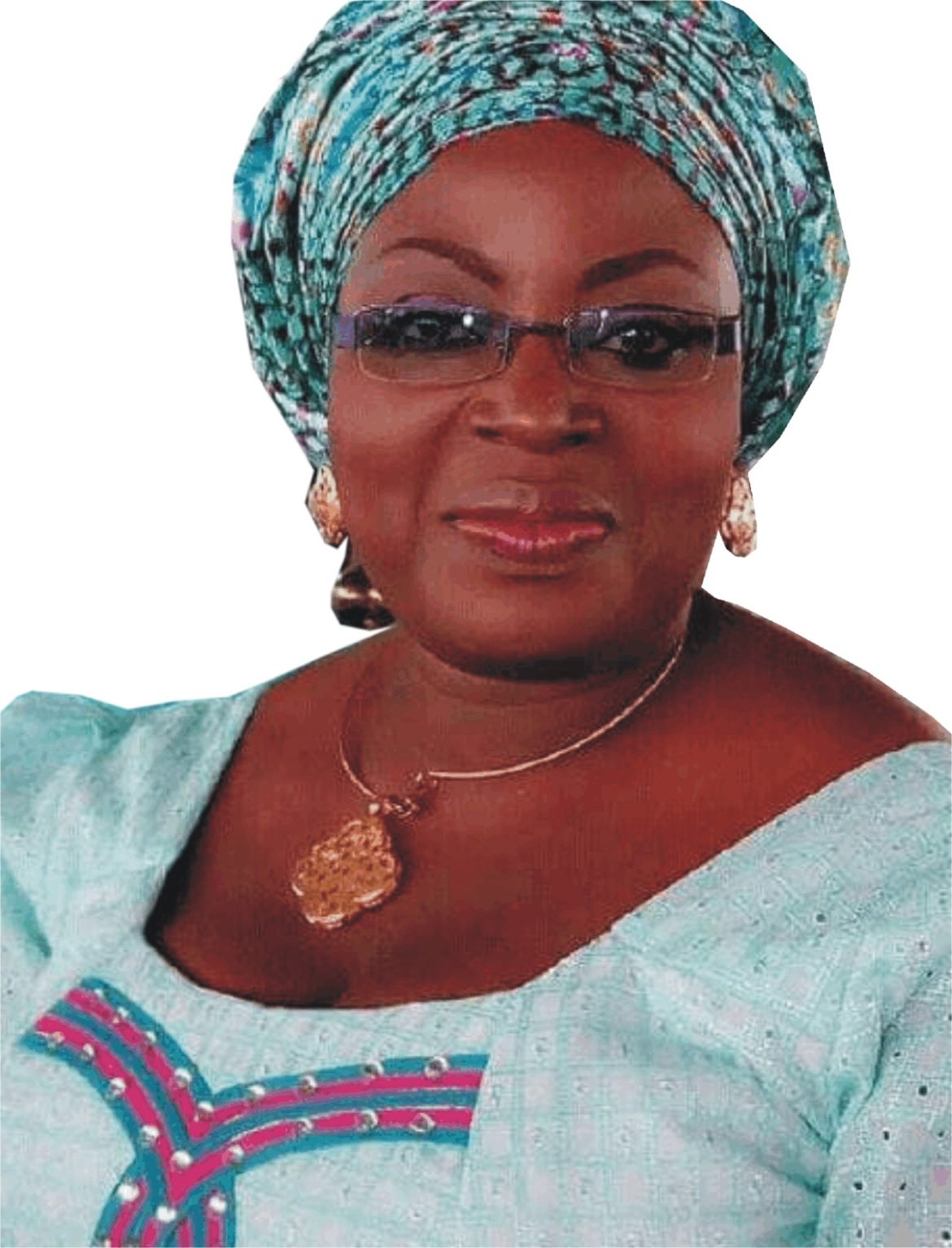 +Reveals The Story Of Her 43 Yrs In The Movie Industry

Jumoke George is a veteran actress in the Yoruba movie industry. Everyone respects her. Many more lover her. She is simply adorable. But only a few people know her story, especially what she went through in life. Ask her and she will readily tell you she has gone through hell and back in life. Despite this, she has continued to remain relevant. She has remained one of the very best in the industry. She’s good. Everyone applauds her.

Jumoke George was one of the movie matriarchs honoured recently at the City People Movie Awards in Lagos, for her remarkable contributions to the movie industry. She has put in 43 years into the industry, starting from the scratch And she has carefully and steadily built her career through thick and thin, to the very top. It is no surprise that she is today one of the best actresses in the industry. No wonder she is in practically all the major movies that have been coming out in the last few years. Many Producers and Directors like to cast her as a mother, because of her plus size and the way she patiently delivers her lines. She is good at what she does. And she is very accommodating which makes many producers go for her.

Despite her 43-year success story, Jumoke has gone through a lot. “I have been in this industry for a long time,” she revealed. “I have been doing this acting for 43 years to be precise. But I have been through hell and back I must confess to you. Honestly, what I went through in the movie industry was not what I envisaged. It wasn’t something I imagined. Right from a tender age. I went through hell. It wasn’t easy at all. It got to a stage in the industry I will say 90% of our men in the industry, wanted to have it with me. And I stood my grounds. I refused. I said No way. That is not the reason I am in the industry. I kept telling them, if all of you men in the industry, as many as you are, want to date or sleep with me what would be left of me? I would have become a wreck by now. It really affected me. It really affected my career. It slowed me down. I stood my grounds. Instead of them to reason with me, at some stage, they began to see me as an arrogant person. They saw me that way because they don’t know where I am coming from. All my life I have had to confront battles all the way. I am a product of a broken home. I was rejected by my dad and even mum. I went through a really bad marriage full of physical abuse by my husband. I had to run away from Ibadan to Lagos to settle down. I relocated to Lagos to come and live with my 1st cousin, Bukola Olatunde in Lagos. My partner didn’t like the kind of job I was doing: acting. The guy I was with them was from a Muslim home, both parents. The mum now insisted that I must become a Muslim-I said No. It’s not possible. So on that issue of religion, I went through hell. I had problems with them on that issue. I wanted to go to University then. I had collected my forms but there were no finances to go. So, I dropped the idea. My partner didn’t like acting at all. He used to comes to our rehearsal grounds at Cultural Centre, Mokola, in Ibadan. He will come there to disturb our rehearsal. He will beat me black and blue. There was this particular day, he beat me and I collapsed and my colleagues had to engage him in a fight.

I said ok this is enough, it was then I left. When I couldn’t cope again, because he was ready to beat me to death that was how I left for Lagos. And when I got into the industry in Lagos I met another challenge, all the men wanted to have me, but I said no. I stood my grounds. I insisted I wouldn’t do it and they threatened to deal with me and they did. They really dealt with me, the hard way. I was abandoned for 13 good years, nobody offered me a role in any movie, even if it was the role of a housemaid. Even the independent producers, when they put down my name for their scripts, when they give it to some directors they won’t use me. They won’t call me. They won’t let me know that my name was on the list. They will go ahead and substitute my name and go ahead to produce the movie. It was that bad. They will now go ahead to tell the movie producer or marketers lies that they called me I said I am busy, I have no time. So, for 13 years. I was not used for any movie. But you see I thank God for his mercy because our God is good. He listens to the cry of the just and faithful. He is almighty God. In those 13 years, I just decided to go to Bible College. I went to Word of Faith Bible Institute founded by Bishop Oyedepo. I did my Basic Certificate course. Later on, I went to Mount Camel Bible Institute, I did my Leadership Certificate Course in Theology. Then, the news spread that see this lady she has gone to Bible College ooo. You need to see her she doesn’t use Jewelry again. Is that the lady they want us to call for jobs? Now, she will be complaining that they don’t call her for jobs.

Within the 13 years, there was this man. He has retired now. He was a former staff with LTV 8. He is Uncle Tunde Okeowo. I used to call him Oga mi. All through that period of 13 years, I used to tell him my travails. So, he took to me. One day he invited me to his office. He said Jummy, I have not seen you for quite a while in movies. I now told him the story of how they ganged up against me in the movie industry. Those who ganged up against me included my colleagues who prevented me from acting. Yes, my colleagues, especially mostly the directors.

The male producers and directors are completely after something else. I sincerely didn’t have any issues with any marketer nor was I at loggerheads with any over the 13 years. I am an extraordinary reserved person. I walk my lane, though a lot misunderstood it to be pride because they weren’t in my shoes. But it was a big gang up. Of course, if there wasn’t, it couldn’t have taken so long. It was also partly envy from the female colleagues and my decision to refuse bluntly to dance to male demands for Sex. I told him everything. He said I should keep at it. He will keep praying for me. Then there was this day he just invited me to his office. I met this gentleman. They were 2 in number. He said Jummy sit, I have a job for you. They want to air a programme called Television House and they need a Presenter and you are going to be the Presenter. I was shocked. I said, Uncle Tunde. Me? A Presenter? What makes you think I can do that. He said Jummy you will. I know you can. That was the word that gave me the encouragement. That was how I started in the early 90s. Its been long. It was powered by a powder milk company from Indonesia. They wanted to introduce it into the Nigerian market. I was co-presenting with Baba Agbonyin. I was on that for quite a while, then more programmes kept coming. There was another programme, titled Logbalogba. That one ran on MITV, where I was interviewing big traditional rulers. Oko Oloyun invited me to his office I went there. He said he wanted me to anchor his programme. I agreed. I titled it Opeleke. I was on that show for some time. Then Muyideen of blessed memory then had started his Cable TV called Yotomi TV. He also approached me to start anchoring a programme. So, I introduced Gele Odun, dealing with couples and marital issues. Then one gentleman bought me airtime on radio. So, I started a radio programme, Ise Aje on FM. It had to do with market issues. So, before I knew it, I was presenting 5 Live Programmes. I was so busy that I didn’t give a damn about whether I was invited to act in the movie industry or not.

But the acting thing in me didn’t just die and I refuse to let go, because I know this is where I belong. Then, whenever I have the money I do produce occasionally. I produced one and I gave it to Epsalum, the Marketer. He collected the job from me. He likes it. So, I went to him to talk to him. Before I went to him I called him that I needed money for a major surgery. He came round. He saw me. He was sad. I told him lets thank God I am alive. I will survive. What I want you to do is to help me get back on my feet. He said I shouldn’t worry. A few years later he invited me to Liz Dasilva’s job. I played one of the major roles. Liz was my daughter in law in the movie. It was on that set I met with Okikiola Afolayan, a movie director. So, while I was on set chatting, Okiki said, Maami where have you been all these while? See your gifts. I smiled because he didn’t know where I was coming from. He didn’t know my story. I said Okiki thank you for the compliment. But please, in any way you can, just assist me. I have to get back on my feet. He said Haa! you’ve started ooo. There is no going back. Since that day any movie coming from the stable of Epsalum Movies and Music owned by Alhaji Kazeem Afolayan, he will make sure he gives me a role. And any job being given to Okiki Afolayan to direct he will give me a mother role, except there is no mothers role. That was how I gradually bounced back. Then, Corporate Pictures boss Alhaji  Abdulrazaq Abdullahi started giving me jobs too. He started giving me roles. That was how God took absolute control.

How They Ganged Up Against Me For 13 Years was last modified: October 15th, 2018 by Seye Kehinde

Why ATIKU Has Become A Big Problem To APC