How They Started Calling Me LOLA IDIJE Yrs Ago 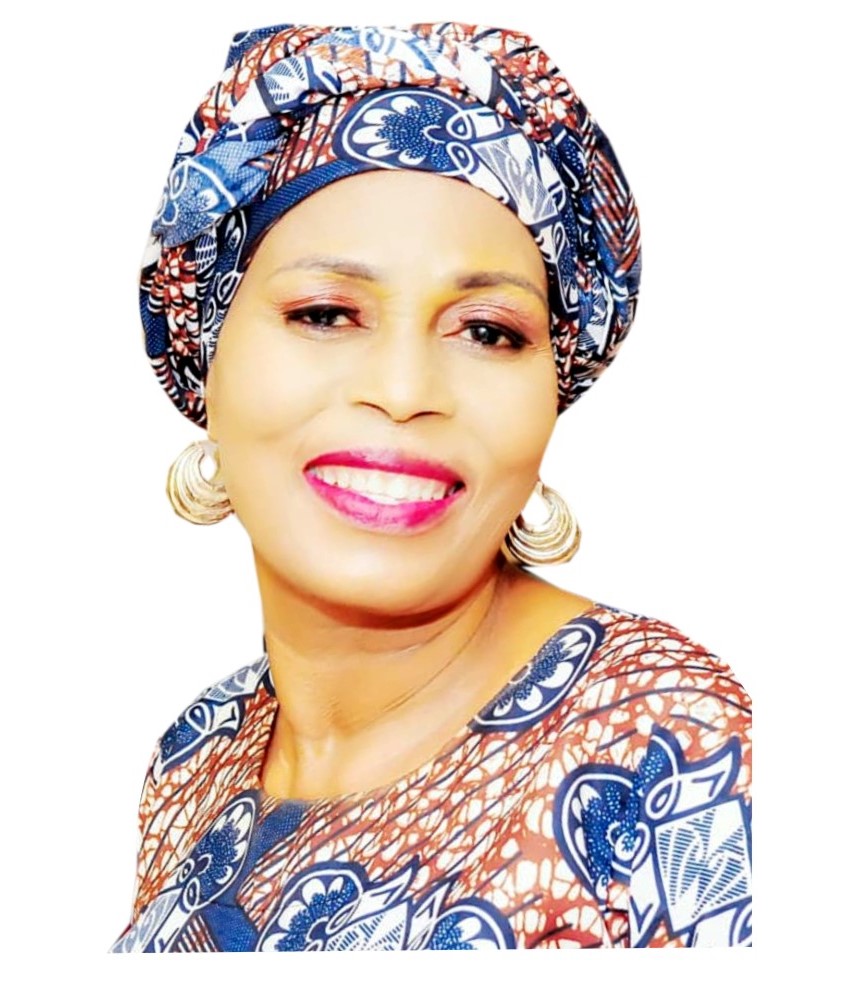 Everyone calls her Lola Idije. That’s her stage name. But her real name is Toyin Afolayan. She is a very good actress. Her acting is real. She usually gives good interpretations of her roles, putting her all into any role she’s given.

A few weeks back, this pretty veteran actress, who will be 60 next year September, spoke to City People Publisher, SEYE KEHINDE about her life and acting career. Below are excerpts of the interview.

You’ve been acting for decades. What has been your staying power?

It is God. Let me tell you a little about me. My name is Chief Mrs Toyin Afolayan popularly called Lola Idije. It is God. It can only be God. I thank him. I thank God from where we are coming from and where we have taken us today. It’s not by our doing. Its Gods doing. Despite the fact that I am a single parent, God has seen me through. It is not by my power but through God. I know where God is taking me is greater.

You’ve been acting now for how many years?

It is not how long, but how well. That’s my own philosophy of life. I don’t usually pay attention to the number of years. Let’s give thanks to God.

It was through my brother, Adeyemi Afolayan who everyone calls Ade Love. He brought me up. He set me on that path here in Lagos. I was a businesswoman before then. I was into buying and selling. He was the one who used to insist that I toe this path and I am very happy that his kids have all grown up to do this job and I am happy that I didn’t spoil the good name. The name is still very much intact. I thank God for that. All my life I worship God. So, it was through my elder brother, Adeyemi Afolayan, (Ade Love).

Was it easy to leave business for acting?

It wasn’t easy. I didn’t want to leave. But he insisted. It was a big battle. My brother didn’t agree then. He wanted me to be an actress. I liked business but he refused. I don’t know the reason. And I don’t know what he saw that made him insist that I should be an actress.

At that time, when I started off I saw it as punishment, as stress. But now I am happy about it. I am happy I didn’t change my mind about it. I thank God because there has been no regret so far and there won’t be. I started acting after I left school. I was already into business. I was already having kids. I already had my 1st child. I was a married woman as at that time. We thank God.

Lola Idije has been commended for the good way you interprete your roles. You have a natural way of acting that makes it look real. How did you achieve this level of acting?

It is God. Even in the things I say, or, do on stage. I don’t know how it comes to me. I just say it and it will fall in and people will like it and laugh. I keep thanking Adeyemi Afolayan, my brother may the good Lord continue to bless him. He saw what I couldn’t see at that time, way back. He could see far into my life. He may have seen that the business line I was pursuing may not be my line. He saw a brighter prospect for me in acting. I went in by force then. I remember the elders then like I Show Pepper, Baba Omojola. They all spoke to me then to listen to what my brother was telling me then. They had this big proverb, that if a young child cuts a tree in the forest, it is the elders that know in which direction it will fall. That’s deep. It’s a big proverb. Now, today, I have no regrets. I keep thanking God for my success. I thank my brother Ade Love and all who encouraged me. I thank all his children. They are doing well. I pray for them every day.

Yes, there were many of them at that time. Some are still there. Some are no longer active. Let’s just thank God. Some came later to meet us. We all just need to pray to God to lead us in the right direction as early as possible.

What does it take to invite you to play a role in any movie?

I always thank all my directors and producers who have confidence in me. Once they see a role that fits me, they will call me and say Mama fits this role.

Atimes I read the scripts, at times I will just go to the location. When I get there they will tell me the story of the character and I can enter it. I try to rest a lot these days because I am not getting any younger. I will be 60 next year. When we get to the location at times the director will tell me the story of the movie and as I listen I will decide how I want to enter that character. Atimes the director will tell me that the script is just to guide us when we are on set you can improvise and fit in. As an actor, you have to listen to your director and take instructions from him as to what he wants. He is your boss I thank all of them. Those directors do a lot of work. And they are good at what they do. So when they believe in you, you must be good.

How did you get the stage name Lola Idije?

It was late Muyideen Aromire who did a film titled Obinrin Asiko years back, a long time ago in the 80s. Before Obinrin Asiko we had done Egba Orun (Necklace), through these movies people started knowing me. What helped me most in this industry is my brother’s goodwill. It opened doors for me. It’s because of the love people have for my brother and the respect they have for him. Just because I am the younger sister of Ade Love, doors open. People want to know me. People want to be close to me. They call on me all the time. God has been helping me. I acted in some of my late brother’s movie then, when it was still Celluloid before I now took part in television series then titled Nkan mi ni. We first did stage performance and after the stage performance, my brother now did it in television series that people were watching all over. People would always rush home to watch it. They will stay glued to their TV. That was the days of Arelu. They know that Ade Love’s movies are all about Love, Love, Love. But in that love, they can learn lessons. It won’t just be about love alone, like how to behave and how to organise your life. So people liked to watch that series then. In one of the series, I played the role of a Policewoman. We thank God.

Lola Idije has been single for a long time. Why have you not remarried?

(She smiles) it’s because of my kids. It is because of my children. At that time, how many men will want to marry you with your kids? You can’t avoid some frictions which will lead to trouble. You will end up fighting over the kids. Your husband can even say he doesn’t want the kids to live with both of you. I suffered for my children. These children need me. I should do things to help them move forward. Bringing a man into the equation will most likely spoil a lot of things. I can’t concentrate on the 2 at the same time. I decided to pick one. I picked my children. I thank God that he stood by me.

What is the secret of your beauty? At close to 60, you still look so sweet. Tell us how you’ve done it?

Me, I don’t know ooo (smiles) its Gods blessings. Ola Olorun ni. It’s God. Have piece mind. Don’t envy others. Don’t be jealous of the next person. Be decent. Respect others, let others respect you too. Don’t say my friend is driving a jeep, I must drive a jeep too. Be at peace with yourself. I love my kids. They make me happy. So, I glow.

Tell us about your first time of acting?

The first time I acted was when we did the movie Nkan mi ni years back. It was a television series then. My brother insisted that I take part in it. My brother used to be very strict and professional then. He will hold can and insist on me acting in many of the projects. I didn’t really have an interest in it then but I used to like how my brother acted then especially when he is acting love scenes. he kept on telling me. You have to do it ooo. He kept telling me that I have the beauty to act so many roles in different movies. Why can’t you do it? Why don’t you want to do it? Many veteran actresses kept on telling me to listen to my brother. Ade Love’s advice. I will tell them privately, don’t you get it? I am not interested. I will not cooperate with them, he too will not let me be. He will tell the cameraman to keep repeating the same scene until he gets what he wants. I suffered a bit but I could see it that there was future in this acting career. My brother called me one day and spoke to me extensively that this is the correct path for me. He said I should try and face my acting career fully. He said he knows I am making money from my business, but the future is in acting. He wanted me to compliment his efforts in acting. He felt I shouldn’t leave it to him alone on this job. He had a brother then, the same mother who used to work with him.

After a while, he pulled back and said he doesn’t seem to like this Theatre business again. Both of them resemble each other. We thank God.

How did you now get the stage name Lola Idije?

It came from my role in Muyideen Aromire’s movie. I got the name from there. I played the lead role in the movie Obinrin Asiko. That is the title. In the movie, there was this story that someone has played the role of Obinrin Asiko before then before Aromire now planned to do it. Obinrin Asiko has been in Atoka before. Late Mrs Ogunmola, the mummy of Peju Ogunmola, played the role and she did it so well in Atoka. Later Aromire decided to do it in film form. So, he now did in the film then. He called it Obinrin Asiko. It was in that movie called Obinrin Asiko that they started calling me Lola Idije that once I take money from men she will just say Idi tije, Idije.

How They Started Calling Me LOLA IDIJE Yrs Ago was last modified: October 8th, 2018 by Seye Kehinde