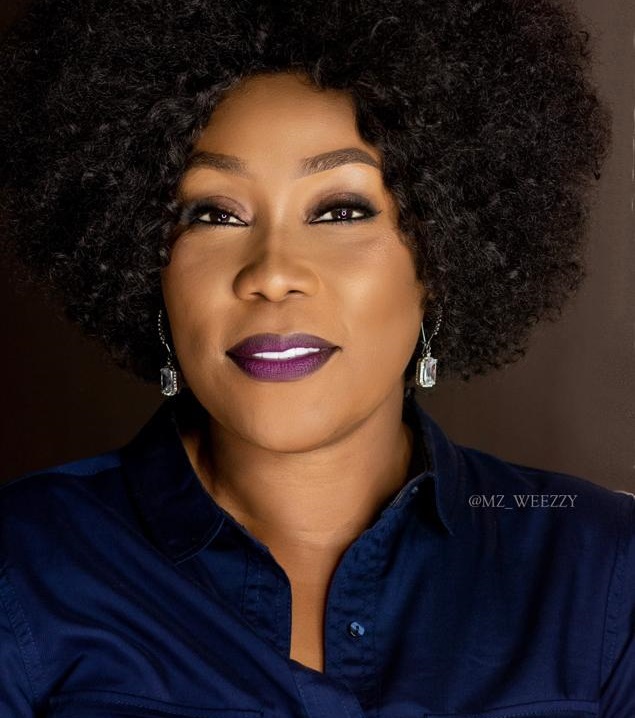 Beauty, brain and trendy are the words to describe Dame Julie Okah-Donli the Director General of National Agency for Prohibition of Trafficking in Persons (NAPTIP). An agency established by the Federal Government in 2003 to tackle Human Trafficking.

She is a highly motivated and result oriented management and legal expert with over 25 years of invaluable experience with top-notched managerial and leadership skills, and excellent analytical and communication skills.

She is an articulate Lawyer, Chartered Secretary and Administrator and a Graduate of Ahmadu Bello University, Zaria.

Trendy Julie is a lover of Golf and a Tokyo Music Academy trained Classical Violin virtuoso.

She recently spoke with City People’s Business Development Manager, BUNMI DUROJAIYE where she talked about her background, passion and her job as  Director General of National Agency for Prohibition of Trafficking in Persons (NAPTIP).

TELL US YOUR BACKGROUND

WHAT WERE YOU PASSIONATE ABOUT WHILE GROWING UP?

Growing up, I was passionate about helping the less privileged in the society. This led me to founding the Julie Donli Kidney Foundation. Through this Foundation we have helped hundreds of women and children with kidney issues get treatment.

TELL US ABOUT NAPTIP.

NAPTIP is the Federal Government’s response in the fight against Human Trafficking. It is a Law Enforcement Agency with the focus of ensuring a Human Trafficking free Nation. NAPTIP has 9 zonal commands with a Head office in Abuja.

HOW MANY SHELTERS ARE THERE ACROSS THE COUNTRY?

The Agency operates 8 Shelters across the Nation.

WHAT ARE YOUR ACHIEVEMENTS AS THE DIRECTOR GENERAL OF NAPTIP ?

We have been able to Restructure and re-organize the Agency to properly position it to perform its Statutory duties and the handover of these duties to core NAPTIP personnel. Before now, Personnel of other Agencies who were seconded to NAPTIP were placed at strategic positions even when they were lower in rank than the permanent Staff of the Agency. This led to a lot of impunity. I brought sanity and discipline to the Agency, as everyone is now held accountable for his or her actions and inaction based on the service rules and regulations.

We have also been able to get the Government of Nigeria to extend the Whistle blowing Policy to Human Trafficking issues. This policy makes it easier for cases of Human Trafficking to be reported to NAPTIP by informants without fear of their identities being revealed and with some motivation. Also the establishment of a Reforms Unit to ensure prompts service delivery, anti-corruption and gender balance.

We have also established NAPTIP Rapid Response Squad (NAPTIP-RRS) under the Director-General’s office for prompt operations. Through this Squad a number of criminal activities have been busted. We now have a new Zonal Command in the South-Western State of Osun (Osogbo Zonal Command).

l piloted a Joint operation between the personnel of NAPTIP and the United Kingdom Border Force at the Heathrow and Gatwick Airports in London. The essence was for the NAPTIP Officials to help the UK Border Force in identification and profiling of victims and suspects of Human Trafficking on arrival to London.

There is also a piloted joint operation between the Agency’s Operatives and their Spanish Partners in Spain. We have a massive awareness creation across the Country on Human Trafficking. There is a Committee to establish a Regional Academy on Trafficking in Persons in Nigeria and to establish Skills Acquisition Centres.

l galvanized the private sector and individuals to join the fight against human trafficking instead of leaving it to the Federal Government alone.We commenced a weekly 30 minutes Television news magazine programme entitled: NAPTIP ON THE MOVE. New Partners are being attracted to the Agency with many of them seeking areas of assisting the Agency accomplish its tasks.

We have strengthened collaborations with relevant Law Enforcement Agencies in order to shore up arrests and cases referred to the Agency, there is  continuous training of Prosecutors of the Agency to equip them with requisite and up-to-date prosecutorial skills, proper counseling of victims to prepare them for their expected roles as witnesses in Courts,  conduct of more robust and intelligence based investigations to unravel Trafficking in Persons crimes, getting Voodoo Priests arrested and to renounce oaths administered on victims and free them from the Oaths; (It is remarkable that many of the Priest especially in Benin City have also resigned from administering Oaths for Human Trafficking and now helping NAPTIP to deal with such issues) We have doubled the number of convicted Traffickers in one year, between 2017 and 2018.

We conduct a fact-finding mission to Mali to draw global attention to the large-scale trafficking of Nigerian girls to Mali for sexual exploitation, and to engender a positive National Response. Our financial Investigations, involves tracing financial assets of any suspect within any known financial institutions, confiscation, and forfeiture of such criminally acquired assets through the Courts and remitting the proceeds into the Victims of Human Trafficking Trust Fund.

WHAT ARE THE CHALLENGES?

HOW DO YOU INTEND TO PUT A STOP TO HUMAN TRAFFICKING?

We intend to stop Human Trafficking by sensitizing the Public on the dangers involved in travelling in an irregular manner. We also intend to sensitize people about being careful with mouthwatering job offers abroad, as most are used as means to lure people into the world of sex slavery.

HOW WILL YOU ADVISE THE CITIZEN NOT TO GET INVOLVED IN HUMAN TRAFFICKING?

Avoid mouthwatering offers that seem too good to be true. And if you are to travel abroad, do it in a safe and regular manner.

YOU ARE TRENDY. CAN YOU SHARE WITH US YOUR FASHION STYLE

My role model was my mother. She was very fashionable and I grew up trying to be like her. To me, looking good is good business. I dress appropriately to suit every occasion and I wear clothes that fit my body type and luckily I think I have the type of body that can wear just about anything.


HOW DO YOU RELAX?

I relax by playing golf. “Golf is life”. It’s good for the body, soul and spirit.