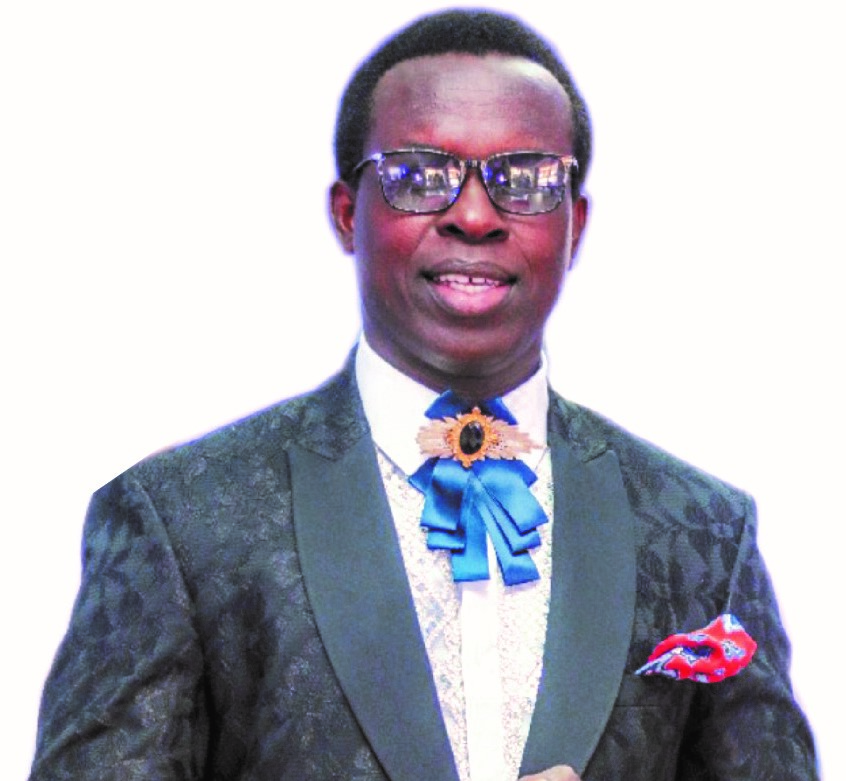 Tope Akinola is on top of his game at Forever Living Products Nigeria (Ltd). He is one of the few Diamond Managers at the Network Marketing Company. He joined the firm from inception and rose through the ranks to the top through his dint of hardwork and creativity. Today, he has done so well and he is one of the accomplished managers in Forever Living Products Nigeria with a 7 digit income. So popular is he that he is called the Jagaban of Forever Living. Everyone loves him, both old and young. This is also because Tope has shown so many young entrants the way and he is also sharing his thoughts on empowerment and how to be an accomplished manager like him.

Last week Monday, this brilliant guy spoke with City People’s Publisher, SEYE KEHINDE about his success story. Below are excerpts of the interview.

Tell us more about Tope Akinola?

I am Akinola Rotimi Tope. I am from Ondo State. I was born with no spoon in my mouth. I had to face a lot of challenges coming up in life. But I thank God for the kind of parents I have in life. They taught me so much about Consistency in any thing you want to do. I stumbled on the Forever Concept through divine arrangement. I was in school studying Mechanical Engineering. 400L at LASU (Epe Campus) Engineering section.

A friend was having Cataract in his left eye and he was looking for a particular plant and I was looking for the plant more than him. I love helping people, with a passion. I eventually found it. There was a woman who now told me that there is a product that could help me better, than the raw Aloe Vera plant itself.

That was in 2001. So, she told me and I told my friend and we both went to the woman’s house. I love to help people. I love helping people to solve their issues and problems. That is what I live for. I went on his behalf because he wasn’t available. They told me everything and what I needed to do. But then I didn’t have money to start and to buy the products. I was just a student in school. I was only surviving life. They asked me to come to Lagos for training, I went and listened with rapt attention. And I saw people who were better than me. Then, I was a student in school I saw Commissioners,  Pilots, doctors, who came for that training. I saw it as a privileged to sit in the midst of such people as an engineering student, from no where. I listened with rapt attention. There was no money to start.

I started with a concept called OPM (Other People’s Money). I was talking to people about the product. They will ask me to go get it. I will go and loan it from the woman who introduced me to it. And she would give me the product  and trust me. When I will sell and I would give back everything. I thank God that I was transparent throughout the process. That was how I got to know about the process and in 3 months, with consistency and training, I got to the Manager level and my Bonus started moving up from N1,000 to N9,000 to 5,000.

I usually tell people in this industry, if you cannot obey, you cannot command. You need to Learn before you can Earn. It is a fundamental principle of life. Learning before Earning.

So, I studied what happened that made my money go down from N9,000 to N5,000. Then when I studied that I said I wasn’t going to make that mistake again. From that N5,000 it went up to N139,000. That was way back in 2001. Then to N382,000, then to N542,000 and the story was everywhere in those days. Comet Newspaper came to interview me. Many newspapers came to interview me. That was the journey so far. It’s been challenging. It’s been tough. But it’s been interesting. It’s been exciting. I thank God for that. Since then, I have been consistent.

I had another serious encounter around 2009. When I started earning huge. Like N800,000 to N900,000 as a student on Epe Campus, and the story now changed in such a manner that there was this woman, who was a top NYSC director. She discovered me. She said I should be speaking at all NYSC Camps. As a result of that I have been to Nassarawa, Iya Ipaja, Iseyin and many other NYSC camps to speak, to support the youths to share my testimony. In 2009, I was to speak on Woman Empowerment in Ekiti. I arrived at Ilesha and wanting to lodge in a hotel and I was attacked by a group of guys. They were armed robbers. They surrounded my car. One of them spoke good English. He said I am proving obstinate because I didn’t come down from my car on time. He repeated what he said that I am proving obstinate, I will blow your head. I thought this guy must be a graduate. I was right. Eventually they were caught with the car, much later. By the following day, the car was already in Kotangora in Niger State. The way I see every youth who is idle is a potential threat to life. Those whom God has blessed should start helping the youth. They should invest in the youth because what you are working to protect will always be under threat by the people you refuse to protect. So we have to go back to that communal living. I spent almost N3 million to retrieve the car. How? I travelled several times to the North in pursuit of the car recovery. I went by road several times. I sponsored my mechanic. He had to go and fix the car there. I lodged in hotels. I will eat. When the car was eventually released. It was not released  to me. It was released to Ilesha Police Command. That was the crime scene. I kept going from Lagos to that place too.

I said I noticed that food is not a temptation to someone who is not hungry, but it is a temptation to someone who is hungry. I told him I am separating the Offence from the Offender. What they did was what was horrible. They themselves knew. God didn’t create him horrible. I looked at it as if they had fired the gun, I won’t be the one speaking today. So, I was more or less doing Thanksgiving. I thank God for that process because immediately after that, my paradigm about life changed. And the lesson I picked there was that you have to go back to the people you abandoned you have to speak their language.

We need to start speaking the language of the youth. If you do, you will notice that they are the most interesting set of people. But many people don’t speak their language, so they tag them lazy. They are not.

So, I started understanding them and I organise events for them, giving them opportunity to have a voice and that changed everything about the system.

I am working with many of them today. And they all earn from Forever Living huge sums over N500,000 and N800,000. And they travel like 2 or 3 times a year. And they are youths. They drive Jeeps.

It’s like that in every sphere of life. We should keep working with youths. Our focus should not be on the negativity of the youth.

My story so far with Forever Living has been incredible, because when I changed my world view, everything changed. But when we don’t change our view things won’t change.

How Working With Forever Living Changed My Life was last modified: January 14th, 2019 by Seye Kehinde