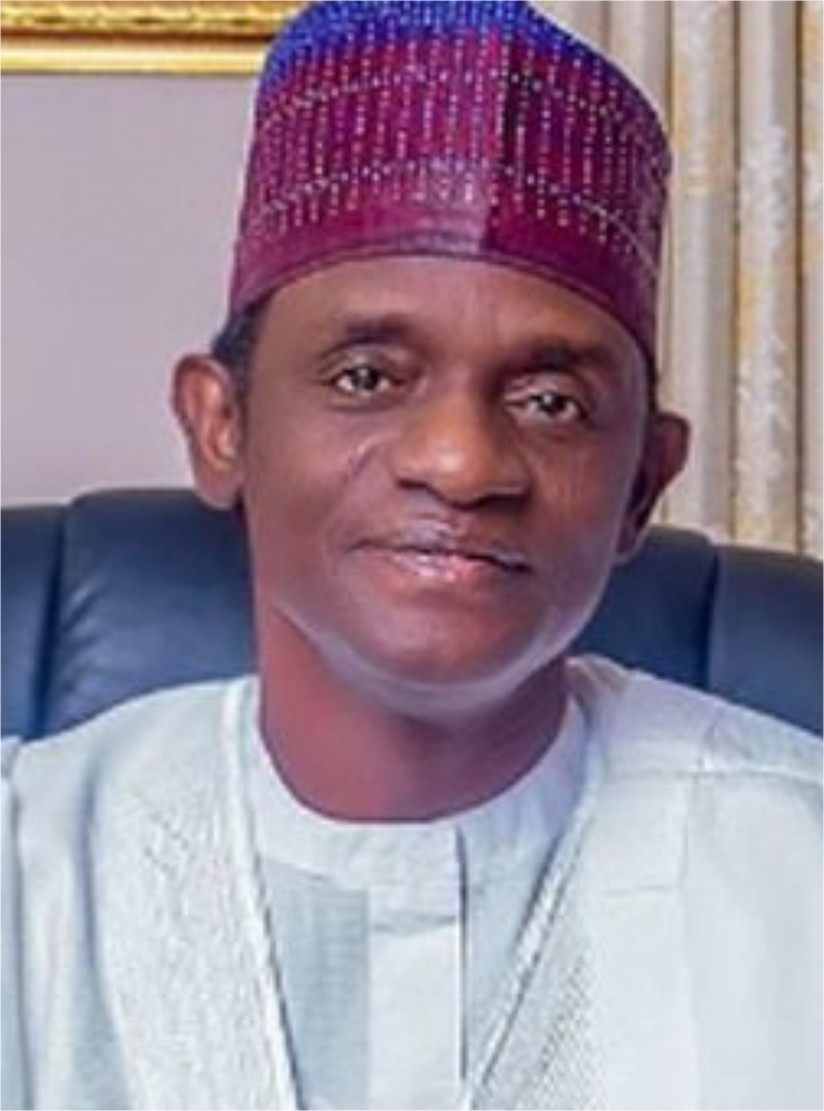 As it is with the tradition in Northern Nigeria, Buni started learning memorization of the Quran at an early age, under the tutelage of his parents and other clerics, before his enrolment into Buni Gari Central Primary School where he obtained the First School Leaving Certificate in 1979.

After completing his primary education, Buni gained admission into Government Secondary School, Goniri in 1979 and obtained the West African Examination Council Certificate in 1985.

With a background in the family business of Trade and Transport, Buni also ventured into business at a very young age, just after completing his secondary education. The quest to establish a factory to start a private company in furniture, took Mai Mala Buni to the College of Vocational Science and Technology where he obtained a Diploma certificate in 2012.

Mala started his political journey in 1992 when he contested and won a councilor seat under the platform of National Republican Convention (NRC) party, to represent Buni ward in the Gujba Local Government council. He was subsequently elected as the speaker of the council.

He became a senior legislative assistant in Nigeria’s National Assembly in 2000, and in 2004, he was appointed Member, University of Uyo Governing Council.

In 2006, he was unanimously elected Chairman of the Advanced Congress of Democrats in Yobe State and when in 2007, members of the Action Congress in the state entered into alliance with the Advanced Congress of Democrats to form a formidable force, the alliance unilaterally penciled him down unopposed for the Chairman of the Action Congress  and was subsequently elected. He served as chairman from 2007 to 2010.

In 2014, Mai Mala Buni became the first elected National Secretary of the All Progressives Congress. It was that same regime of the party that ushered in the administration of President Muhammadu Buhari in 2015. His commitment to serving the party, automatically earned him a second term as the National Secretary in 2018.

While serving as Apc National Secretary and Board Chairman of the Nigeria Shippers Council, he was nominated, endorsed and elected as flag bearer of APC for the 2019 Yobe State gubernatorial election.

During the 2019 general elections, Hon. Mai Mala was elected as the fourth Executive Governor of Yobe state when he scored the highest votes of 444,013 to beat his opponent, Alhaji Bello Iliya of the Peoples Democratic Party (PDP) who scored 95,703 votes.

In June 2020, the National Working Committee of the All Progressives Congress (APC) was dissolved and in its place, a new interim committee was inaugurated and is chaired by Hon. Mai Mala Buni, who will also serve as Chairman of the party’s extraordinary convention committee.

The committee is saddled with the responsibility of steering the activities of the party for an initial period of six months and also to prepare and conduct the party’s extraordinary national convention.

During a National Executive Council Meeting held at the State House, Abuja on 8th December, 2020, the tenure of the Interim Committee/Extraordinary Convention Committee was extended by another six months.

On 29th May, 2019, during his inauguration as the Executive Governor of Yobe State, Mai Mala Buni stated that “our administration would strive to ensure prompt payment of counterpart funds to the Universal Basic Education Commission (UBEC), to enable the State access UBEC grants to improve primary education. We would equally build more schools classrooms, employ more teachers as well as improve teacher’s incentives and provide additional instructional materials to meet the requirements of such communities. This approach would be replicated in the secondary education sector, we will equally make the teaching profession attractive and education more functional. The payment of examination fees by the government to students in public schools would be sustained. Parents and guardians in the state would be free from the burden of paying school and examination fees for their wards. In order to improve and encourage pupil’s enrolment in our schools, this administration will partner with the Federal Government for the implementation of the Home Grown Feeding Programme.”

As of April 2020, the state government, under his leadership, has spent over 2.1 billion naira in the construction of 7 model primary schools in different locations in Yobe State. The projects are aimed at decongesting schools in the urban areas that are currently overstretched as a result of fleeing Internally Displaced Persons.

Yobe State being among the worst-hit states affected by Boko Haram insurgency, Governor Mai Mala Buni has facilitated the return of many Internally Displaced Persons (IDPs) by reconstruction of their houses and provision of livelihood support packages. The state, in conjunction with African Development Bank under the Agro-Processing, Productivity Enhancement, and Livelihood Improvement Support, (APPEALS) Project has distributed livelihood support packages to over 5,000 IDPs.

In the Health sector, the government has constructed 53 out of 178 proposed functional Primary Health Care Centers provided with laboratories, pharmacies, male and female wards and housing quarters for health personnel posted to these centers for 24/7 service to the communities.