Home Politics I Am The Candidate To Beat For LAGOS Island Chairmanship – Hon. ADETOYESE OLUSI
Politics

I Am The Candidate To Beat For LAGOS Island Chairmanship – Hon. ADETOYESE OLUSI 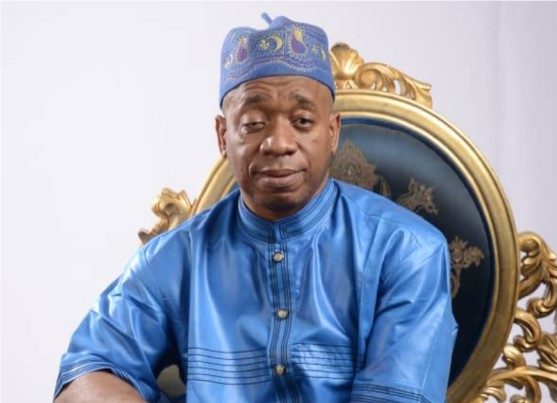 In the political circle, Hon. Tijani Adetoyese Olusi is a big name to reckon with. If you know a thing or two about the political power brokers in Lagos state, then you cannot possibly dismiss Hon. Tijani Adetoyese Olusi, one of the political juggernauts in Lagos state as at today. And it is not just because his father, Prince Tajudeen Olusi, is an Icon at the apex of the APC political powerhouse in Lagos but because he has been able to make his own mark as a top politician who is starting to build his own legacies for everyone to see. This, perhaps, explains why he was appointed a member of the prestigious Governor’s Advisory Council (GAC) for Lagos State. If you were meeting this gentleman for the first time, one of the things that would immediately impress you about him is his calmness. He does not allow the pressure of work get to him, despite the fact that he runs the affairs of a massive local government like the Lagos Island LG. And he is an incredible listener too. His office, especially during visiting hours on Thursdays is often a busy place with dozens of Lagos Island residents trooping in to seek audience with their hugely loved and respected chairman, Hon. Adetoyese Olusi. One thing they are all sure of when they come to see him, Hon. Adetoyese will never shut his doors against you and neither will he treat you with disregard when you get to meet him. That is how humble he is. He welcomes his people and gives them access to see him. And one after the other, he listens to them and addresses their needs and requests as best as he possibly can.

The next council elections are just around the corner but Hon. Adetoyese Olusi is not losing sleep over it. He is confident he has done enough in terms of infrastructure, in terms of health delivery and rehabilitation of roads to justify his reelection. And indeed, his remarkable performance speaks for him. This is why he can beat his chest proudly and say that the people of Lagos Island are ready to come out enmasse and vote massively for him to ensure his return as the Executive Chairman of Lagos Island local government. There is only one candidate to beat for the Lagos Island Chairmanship election and his name is Hon. Tijani Adetoyese Olusi. But the question is, who amongst the intending contestants can match the intimidating credentials of this outstanding politician? Let us tell you a little more about him.

Adetoyese ran for office of the Chairman, Lagos Island Local Government in July 2017 as a member of the All Progressives Congress and won the election, defeating the second-place participant with over 13,000 votes. He succeeded Hon. Wasiu Eshinlokun Sanni who ended his tenure in 2014. He was born into the Royal family of Alhaji Tajudeen Oluyole Olusi and Alhaja Iyabo Olusi as the first child of the family. He is a Prince and the grandson of Oba Sanusi Olusi (The Late Eleko).  He attended Kuramo Primary School, Victoria Island and Government College, Victoria Island for his secondary school education. Adetoyese later proceeded to Kwara State Polytechnic for his OND and HND degrees in Banking and Finance.

He obtained a certification in Cooperate Administration from the Nigeria Institute of Corporate Administration (NICA). Adetoyese Olusi had his first working experience as a Nigerian Youth Corper where he served as an administrative trainee officer at Federal Ministry of Internal Affairs in Oyo State. After his National Youth Service Corps (NYSC), he went ahead to work for Lagos State Building Investment & Co. (LBIC) as their Supervisor/Banking Officer. Adetoyese also worked with Inland Bank Nigeria Plc. as a Supervisor/Clearing Officer.

To kick start his political career, Adetoyese was appointed as Public-Private Partnership (P.P.P) ward party Chairman Ward A3. He got other appointments as the Assistant Secretary (A.D) and L.G.A Ex Officio (A.C.N) Lagos State Chapter.

Adetoyese Olusi also served in Lagos Island Local Government in various capacities, including: Supervisor for health under Mrs Aderinola Disu Administration. Vice Chairman/ Supervisor for Education under Honorable Wasiu Eshinlokun Sanni (2008 -2014). He was the Executive Secretary from 2015 to 2016. Few weeks ago, City People’s Senior Editor, WALE LAWAL (08037209290) spent some quality time with this warm and extremely receptive gentleman in his cool but classy looking office. He spoke specifically about his performance so far and why he is confident he is returning after the coming elections as the Executive Chairman of Lagos Island local government.

Last time we spoke with you was over a year ago and we know that you have done a lot more for the people of Lagos Island since then. How has it been for you meeting the expectations of the people?

Well, I thank God, it’s all been to the glory of God. Yes, like you rightly said, we have done a whole lot since the last time you were here. We have performed well even if I must say so myself. In terms of health delivery, social infrastructure delivery, works and road rehabilitation delivery, vocational education and formal education delivery, we have not done badly at all. So, in terms of creation of job opportunities within that period of time, we have been able to do quite a few. We hope that by the grace of the Almighty, we are returning for a second term. Truth is, our score card is there to speak for us. Our performance platform has been showcased and we’ll keep on showcasing it for people to score our performance. We are expecting our people to support us and already we are seeing them exhibit a lot of enthusiasm. They are yearning for us to come back and complete the good works that we have started. We can see the massive support they’re giving us and I’m sure that by the grace of God, their desires will become reality.

Yeah, thank you very much. We have two major pressing projects. We’re lifting our health centers to a major diagnostic center and we’re also creating a revitalized Island. As we speak, we’re elevating our fire service by collaborating with the Lagos state fire service. We’ll be having two fire stations. We already have fire truck with us, by the time we come back we will take delivery of the second truck. Our plan and desire is to have a massive fire station dedicated to averting what could’ve been disastrous and fatal fire incidents. This will help us prevent loss of lives and properties as a result of fire incidents that must surely at some point or the other. We have taken delivery of the most modern firefighting equipment last year. It is of same standard with the fire fighting machinery recently procured by the federal government. The fire fighting machinery we have is the biggest in Lagos and at par with that of the federal government. So, we’ll continue to support the revitalisation of the Island, that is of top most priority to us. We also want to regenerate our markets too. We are planning to build a modern market with all the modern infrastructure. It will be second to none in the city of Lagos.

How have you dealt with the issue of funding, sir? It’s obvious that a lot of these projects you’re planning to do, and even some of those that you have already done are quite cost-intensive, so how have you been able to juggle things and managing the funds at your disposal?

Yes, you’re very correct, the funds are quite insufficient for the humongous projects we have at hand, but we thank God all the same. It’s all about focus. In some cases we go into collaboration or partnership with the private sector. Also, we turn over our funds within the allocation’s IGR to save towards such problems.

How did you deal with the pandemic period? How were you able to provide a bit of succour for your people, knowing you must’ve been under pressure to support your during that very crucial time last year?

We have been able to support indigenes, residents during the pandemic. The Lagos state government did the little it could do and we added our bit. We did that for a period and we had three instalments of support to the people and residents of Lagos Island within six months.

I know you had this unique package for your young school pupils, it’s like a complete school kit where you basically provide all that the child needs to go to school, starting with the uniform, sandals, school bags and writing materials. Have you been able to sustain this very laudable programme?

Yes, to the glory of God we have been able to sustain it. It’s called Complete Student, it’s an annual programme where we meet every year at the beginning of every session. We are looking forward to the next one coming soon this year.

How confident are you, sir, that there can’t be any shocker with the coming elections, that you are definitely going to emerge victoriously and return for second term?

In politics, you can’t be too confident, but with our performance and the support of the leadership and that of the citizens and with God we are sure by the grace of the Almighty that we will return for second term. We are confident that massively, the people will support APC, massively they will support Adetoyese Olusi for a second term by the grace of God going by the performance of the charts.

I Am The Candidate To Beat For LAGOS Island Chairmanship – Hon. ADETOYESE OLUSI was last modified: May 19th, 2021 by Wale Lawal