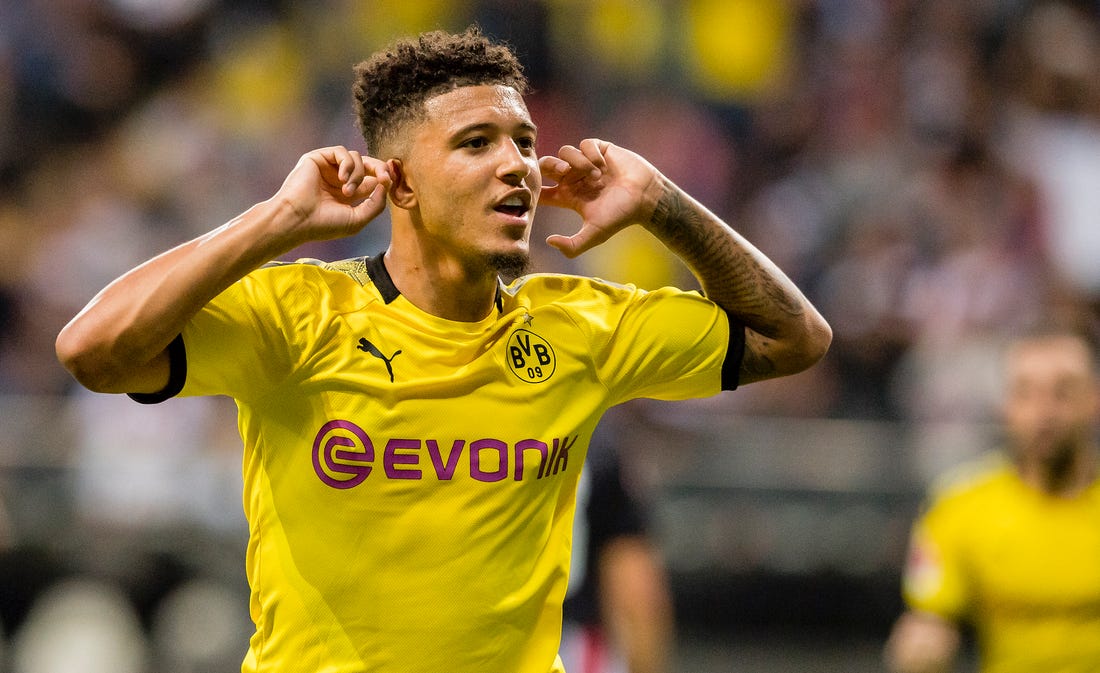 Pep Guardiola insists he has no regrets over Jadon Sancho’s decision to quit Manchester City for Borussia Dortmund.

Sancho graduated from City’s youth academy system as one of the brightest young stars in Europe.

But he opted to leave the Premier League club for Dortmund in 2017 over fears City’s collection of world-class talent would deny him regular playing time.

The 20-year-old has gone on to become a key figure for Dortmund, while also breaking into the England squad.

Now Sancho is set for a reunion with Guardiola after Premier League leaders City were pitted against the Bundesliga club in Friday’s Champions League quarter-final draw.

Asked if he was frustrated Sancho rejected a contract offer when he was 17, City boss Guardiola made it clear he is happy to see the youngster thrive away from the Etihad Stadium.

“I’ve said many times, it is not a regret. He decides. He’s doing really well. Congratulations, he’s an exceptional player,” Guardiola said on Friday.

“He is a national team player with huge quality, doing really well in Dortmund. We wanted him to stay but he decided to leave, and when people decide to leave all we can do is let them leave.

“I wish him all the best, except when he plays against us. No regrets at all. If he’s happy, I’m happy.”

Sancho had not made a first-team appearance at City when he was sold to Dortmund for just £8 million ($11 million).

That looks a bargain as Sancho is reportedly valued at £108 million by Dortmund, with Manchester United among the clubs interested in him.

Guardiola does not wonder what might have been, saying: “Nobody knows. Maybe he stays and we don’t play good or better. The life of every person decides what life they lead.

“We will face him, try to control him. We know the quality he has, everyone knows. The quality in Dortmund is from all departments. They are a strong team.”

Sancho is currently sidelined with a calf injury but is expected to be fit for the games against City on April 6 and 14.