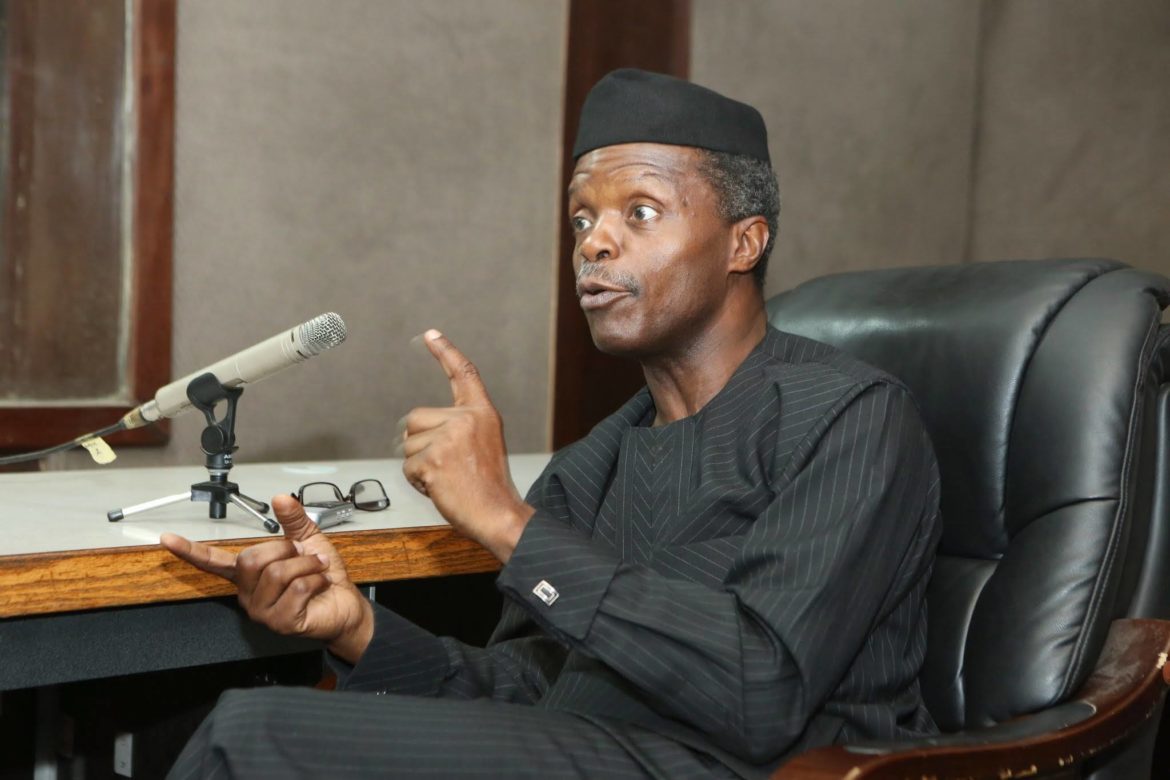 Osinbajo said this on Wednesday while speaking at the third Online Publishers Association of Nigeria (OPAN) conference in Abuja.

The CJN is accused of false assets declaration. A petition was written against him by Dennis Aghanya, a former aide of Buhari.

He was absent when the trial began on Monday at the Code of Conduct Tribunal (CCT). A high court has stopped the proceedings from going on.

Osinbajo said he is sad about the development.

“I feel very sad that is going on at all,” the vice-president said.

He said Buhari has asked that no individual should interfere with what the institutions are doing.

“President Muhammadu Buhari, his whole approach is that, institutions should just do their work. I can tell by fact, that he did not know about this until Saturday evening,” the vice-president said.

“He did not know that there will be any kind of arraignment till Saturday evening. He has said categorically don’t interfere with what the institutions are doing. Sometimes it has consequences like we have today.

“My take is that I rather not have a situation where members of profession are being tried for an offence. I don’t feel good about it, as a matter of fact, I feel very sad about it, that is going on at all. But that is my position on it but I want to say that this is the way it works.”

He said although the chairman of the Code of Conduct Bureau (CCB) is new, he has gotten “specific instruction”.

“In the case of the Code of Conduct Bureau chairman, where these things are reported to, he is new, he is barely three weeks on the job but the specific instruction is that if you receive a petition, however it is [you have to] go through the process,” Osinbajo said.

He urged online publishers to go into the “facts of the matter” on any issue.

“Justice is slow and unfortunately and it is interfered with it. I will like the online publishers to go into facts of the matter,” Osinbajo said.

“I Feel Very Sad That It Is Going On At All” – VP Osinbajo On CJN Onnoghen’s Trial was last modified: January 16th, 2019 by Damilare Salami

Rihana Sues Her Father For Stealing From Her