I GOT MY RAW BEAUTY FROM MY DAD – POPULAR ACTOR, JAIYE KUTI TELLS CITY PEOPLE 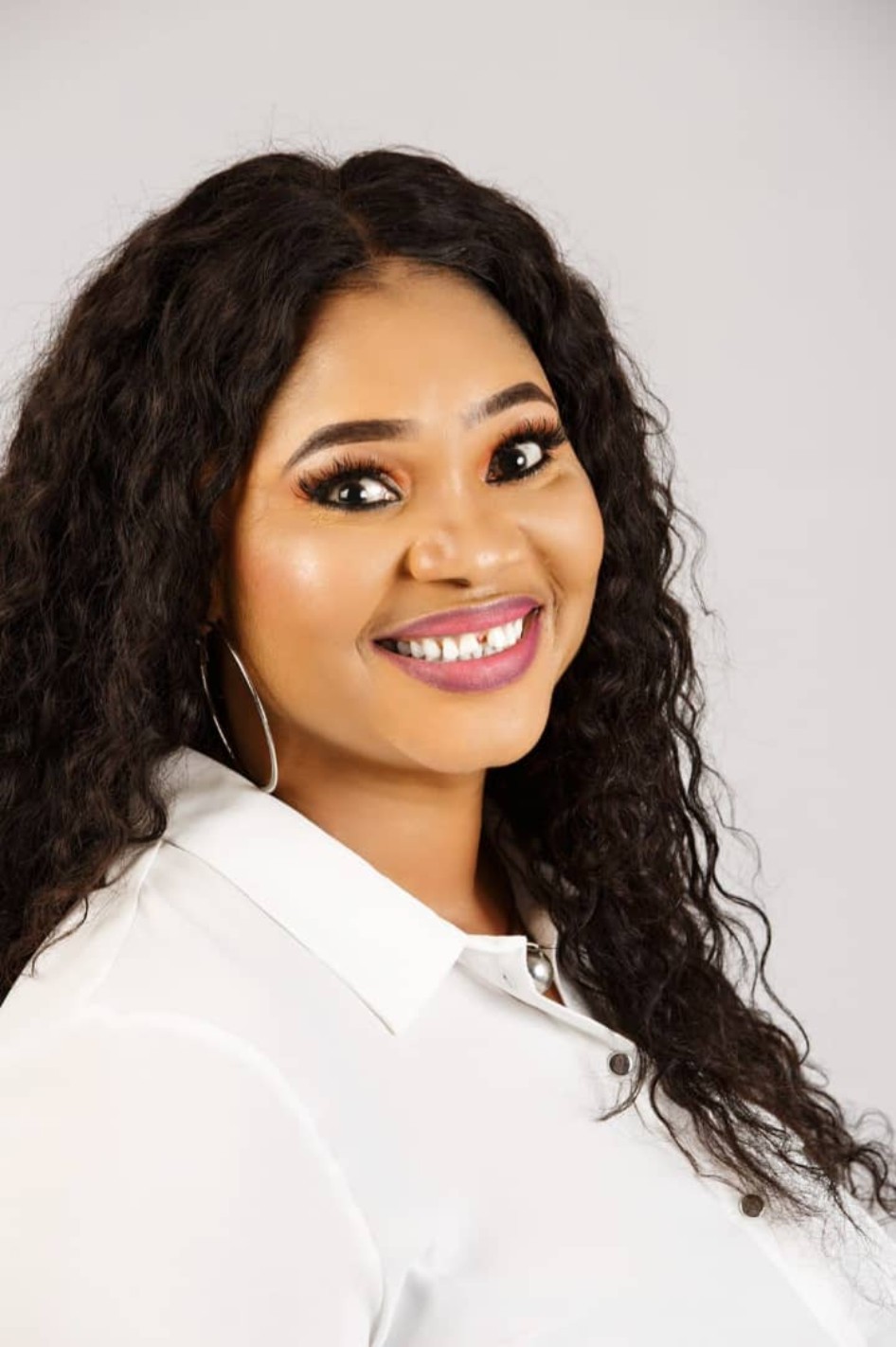 Jaiye Kuti is a very pretty actress blessed with a mind-blowing figure. She is richly endowed. And she has this lovely face which movie producers love to put on movie jackets. She is also blessed with a smooth and silky skin that glows. Of course, her figure is one that makes other women green with envy. As a person, she is many things to many people. She also has many sides to her. She can be serious. She can also be funny. She has a way of acting that makes you laugh. And laugh and often times, she lives you in stitches. She can be playful when she chooses to be. Yet, she can wear that serious, no-nonsense look that makes you wonder who this pretty actress is. By nature, she likes to laugh a lot and she is naturally jovial. She can also be firm and highly principled. Interestingly, that is what has helped her acting career. That is what has made her to be very versatile. She can act any role given her and she has done it so well. Over the last 14 years, Jaiye Kuti has acted in close to 40 soaps and TV series and also in very many Yoruba movies. And every producer just wants Jaiye Kuti on their set. And then clincher: She flows with everyone, both old and young. And all the young actresses love Auntie Jaiye, whose real name is Duojaiyeola Oluwakemi Kuti. At close to 50, Jaiye Kuti has done well for herself. She will be 48 this year. Many don’t know she is happily married to a man that truly loves her and dotes over her. She has lovely kids also. She has had a successful acting career. And she is into other businesses that felches her good money.
She likes to talk about her dad’s influence on her. She resembles him facially. So, also her mum, who has been there for her and her kids all the way. And her favourite saying is: its good to be nice.
Recently, this beautiful actress spoke to City People Publisher SEYE KEHINDE about her life, career and of course the secret of her good looks. Below are excerpts of the interview.

You always look stunning all the time. How have you managed to keep looking good?

Don’t mind me ooo. I got it from my dad. He is a very handsome man. I got my beauty from my dad. They call him Ekun Baba Jaiye. They call him Ekun, Ekun. He has this tribal mark. But despite that, he looks good and handsome. He is from Ayetoro Egbado in Yewa North. He was very handsome. I took after him.
What has made me to continue to look good is that I take good care of myself. I eat well. I sleep well. And I have a good heart. I have rest of mind. I thank God for that. I don’t run after what is more than me. I don’t do what will give me sleepless nights. I don’t. I got that from my mum. My mum is somebody who loves to take life the way it is. You will have rest of mind. I take one step at a time. If you buy a jeep and I am only able to buy a car that is fine by me, as long as I am able to move around. If you invite me to a party and I cannot make it. I will beg you. And say sorry. I cannot make it. I am a very simple person. I don’t like to look too glamorous. I don’t like to be loud. I thank my husband also. He is very accommodating. He gives me peace of mind. I don’t have too many friends. I don’t compete with anyone. I am on my own lane.

I will say its the Grace and Mercy of God. I love to work hard. I have been used to hard work for survival. When I came into this industry it was with a lot of strength. Give or take now I have been acting for 14 to 15 years. So its been God, it’s been hard work.

I got the influence from my parents, way back, they used to act when they were in church. They were in the church choir, church drama. That was in Kano State. I was born in Kano State. When they gave birth to us it was more like everybody becoming an actor in the house. So, I was born with acting, I was born into it. I love it from when I was growing up, from that little age of 7. Its inbuilt. Its more like I was born into it. I love it. I have always loved it. But I didn’t have the opportunity to start doing it early, and properly for a living. I had to go and do other things. I worked in several companies where I served differently. But when it came to a time that my boss had to go and I looked thoroughly at what next I can do. I really wanted to go into business, somebody now said why business, you really act all the time why not go into acting. My husband also used to say it that I should go and join the Theatre people. That is where I belong. I now decided that maybe I should start to produce movies. My husband said if you start to produce movies now you will be wasting your money. What you should do is to join them in acting know how they do it, so when you want to start producing it will be easy, production will not be a problem. And I did. That was why said ok. I started to look out for where they do auditioning. Luckily I was lucky to get the first one at Tajudeen Adepetuns, Alpha Visions then. At that time they had One Love programme, they had Laugh Patterns. They were actually auditioning for Laugh Patterns. When I went there. It was that day I was given a role when I went for laugh patterns. It was that fast. They gave me 5 scenes to start with. That was my 1st job. That was my first acting that I did in the industry.

Yes. I was actually registered with the Actors Guild of Nigeria. I had not started Yoruba movies then. So from Laugh Patterns, I was auditioned for Everyday People. Then I was acting along with Desmond Elliot. From that one we went to Young, Single and Free with Debola Dabo. From there I started Face to Face, to Spiders, then to Beg Your Pardon for NTA, then Heroes to so many soap operas like From Me To You, One Love. It was not deliberate that I was acting in soaps, but that was what kept coming my way. Many producers will come up with roles and they will say lets call Jaiye to play the role. Sometimes I have too much and they just believe I can do too much and I was enjoying it. I was never tired. The more I have the job, the more strength I have to do the job. That is how I have been coping.
It was on the set of Face-to-Face that I got to meet Sasilihu. He is a Yoruba Movie Director. He was the Technical Director then.

I GOT MY RAW BEAUTY FROM MY DAD – POPULAR ACTOR, JAIYE KUTI TELLS CITY PEOPLE was last modified: March 9th, 2019 by Seye Kehinde