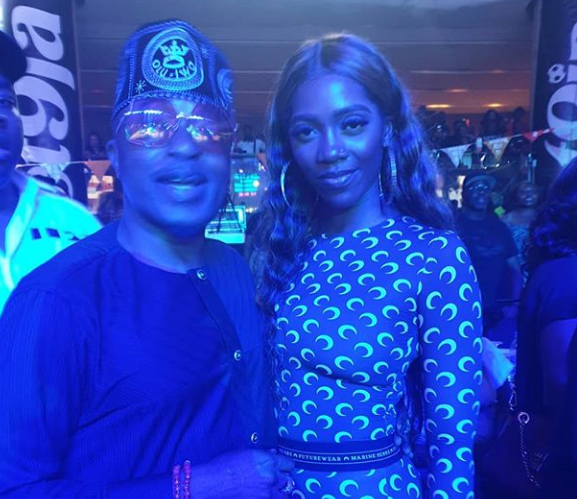 Nigeria’s most talked about Royal father, the Oluwo of Iwo had declared his royal affection for Nigeria’s queen of Hip-hop on his Instagram handle and that has got everybody talking.

The emperor posted a photo of his royal self, standing beside Tiwa Savaga and wrote: She kin gbese le?