Home Entertainment “I regret not having more sex when I was younger” – American Singer, Toni Braxton
Entertainment 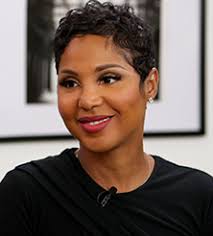 American R&B singer, Toni Braxton says she regrets not having more sex while she was younger.

The 52-year-old songstress brought the revelation to light in an interview with The Guardian UK, wherein she reflected on factors that shaped her while growing up.

The ‘Unbreak My Heart’ crooner said her religious upbringing made her ditch a lot of things that she would have indulged in during her 20s and 30s.

“I think my religious upbringing stopped me doing a lot of things that I should have done. It’s not a good look at the age I am now.

“The way it works is you do that stuff in your 20s and 30s and then in your 40s you’ve earned enough to pay for the therapy.”

Braxton explained that while she believed in the existence of “a greater force,” she was not religious as the rest of her family.

“I wouldn’t say I was religious, but I am spiritual. I believe in a greater force. When I was seven, my family became very religious,” she added.

The singer had in 2019 revealed her obsession with Nigerian music and culture during her visit to the country, expressing her willingness to learn Yoruba so as to be able to sing with the language.

“I’m in Nigeria. Everything is so beautiful, especially the music! I can’t wait to learn the language so that I can sing it right. Headed back home. Leaving Nigeria. Wonderful time there,” she had said.

“I regret not having more sex when I was younger” – American Singer, Toni Braxton was last modified: August 30th, 2020 by Damilare Salami