Home News I Was In Banking For 10 Yrs Before I Left To Act – Veteran Actress, LILLIAN AMAH-ALUKO
News

I Was In Banking For 10 Yrs Before I Left To Act – Veteran Actress, LILLIAN AMAH-ALUKO 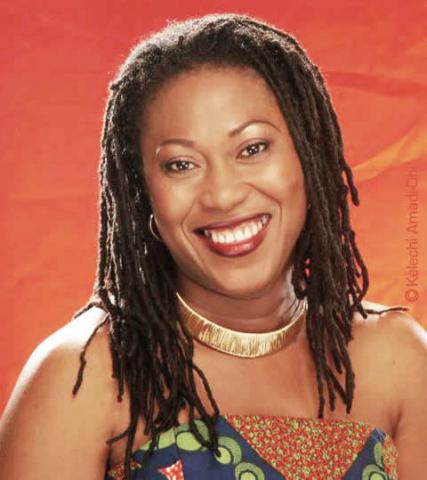 Her pretty face is well known to movie viewers,  Lillian Amah Aluko is a pretty Nollywood actress and film producer. She is a veteran by all standards. She has carved a big niche for herself in that sector. The pretty woman has featured in most Nigerian big movies, some of them include: Out of Bounds, Valley Between, Doctors Quarters, The Head of State, Tinsel, Hush and Four Fathers.

Recently, she was at 3 Bees Event Centre, in Ketu where City People held the 2nd Female Achievers Awards (2018) and she anchored the event. She spoke with City People’s ISAAC ABIMBADE about her career of over 30 years in the movie industry.

A lot of people are familiar with your face in movies, but beyond that who is Lillian?

Lillian Amah Aluko is an actress and film producer.

Can you tell us some of the best movies you have featured in?

I was in ‘Out of Bond’.  That was my first film. I was in ‘Doctors Quarters’, I was in Tinsel, I was in Hush, Sweet Revenge and a whole lot of others.

There was a time you were asking for more movie roles. Can you tell us more about that?

Yes, I was asked by a reporter why they haven’t been seeing me in movies and I said, they would see me when I get roles to play. You haven’t seen me because I haven’t got the kind of  roles I want to play.

What are you working on now?

I’m working on my project. I’m not going to tell you about it; It’s not for public consumption yet, but I’m working on a project of my own. I finished a movie not quite long ago with Pat Oghre, but it’s not out yet. I work on anything I see.

Do you think you have to be connected to get movie roles(s) in Nollywood?

I don’t know about that. The job I have got, people called me to say I have a job for you. Maybe other people have to know people, I don’t know about that one. Maybe that’s actually why I have not been working a lot because I don’t know people, but I always believe that, whatever is mine will come to me. If I hear about an audition and it happens to be a project I like, I will definitely be there. But I won’t be begging for it. For me, it’s not a do-or-die affair; if it’s mine, it will come.

What’s your secret, you don’t look your age at all?

I think they are several things. Maybe it’s genetic and it could also be a lifestyle thing. I try not to trouble myself unduly; I stay in my lane, as people will say. But I don’t do anything special.

How did acting come about for you?

Professionally, I saw an audition notice in a newspaper around 85/86, I went for the audition, I got lucky, I got a role, it was RMD’s Out of Bounds. That was my first movie and it got me 2 awards and subsequently got me noticed in the industry. Thereafter, I started getting calls to come and play some roles.

Tell us a bit about your growing up years. How did you know you will become an actress?

When I was 6 to7 years old in Sierra Leone, because i grew up in Freetown, Sierra Leone. My parents used to take us to the movies, usually on Sunday afternoons. So, one Sunday, my parents took us to Cinema  and the movie was Sound of Music, I was moved and I said I want to do this! So, for me, I think that was when it started. When I was in secondary school, we had a drama society and inter-house drama competitions. I used to participate and I enjoyed it. For me, that was it.

No, my parents are Nigerians, but we grew up in Sierra Leone. My father was in the Nigerian Navy and during the Civil war, he ended up on a Biafra side. He was one of the officers that left Nigeria to get arms for the war and he was still out of the country when the seized fire came.

What advice do you have for people who are skeptical going into the movie sector?

What I will say is, follow your heart. If you have a passion for entertainment and you believe you have some talent, get some training and go for it. If you fear too much, you will never live your life.

Why did you leave banking for acting?

I’m a Gemini, so, you know the trait of a Gemini; Gemini is dual sided. I’m a very impulsive person. I also do not like routine job. I was in the banking sector for about 10 years, different banks. I also did some movie jobs while I was in the bank. I did the like of Doctors Quarters whilst I was in the bank. I got to the point where I realised that I wasn’t getting satisfaction for my job and because of my banking job, I couldn’t do a lot. In those days, I used to work with those who made allowances available for my schedules. At a point, I just said let me follow my heart.

I Was In Banking For 10 Yrs Before I Left To Act – Veteran Actress, LILLIAN AMAH-ALUKO was last modified: June 18th, 2018 by Isaac Abimbade