Home Politics I Will Make Sure Gov. ABIODUN Does Not Return – Otunba ROTIMI PASEDA
Politics

I Will Make Sure Gov. ABIODUN Does Not Return – Otunba ROTIMI PASEDA 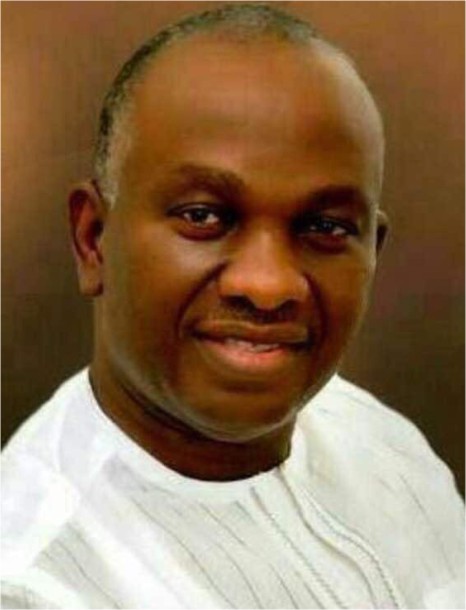 Otunba Rotimi Paseda is an angry man right now. He is angry with Ogun Governor, Prince Dapo Abiodun. And he is not hiding it. When the news broke recently that Paseda had resigned from Ogun APC, it came as a big surprise. Many couldn’t have imagined what led this big political player to dump the ruling party. Only those close to him know that he has been having a running battle with the Ogun State Governor, Prince Dapo Abiodun, over the way the governor has been running the affairs of the party in the state.

Why didn’t Paseda resolve his differences with Abiodun amicably, without having to leave the party? “We tried our best”, he told City People. “I did that and a lot of candidates who worked for him also did that, but the Governor has wool in his ears”

“He doesn’t listen. He is an accidental Governor. He only became Governor because there was no alternative. That was all. If I was in the mainstream of things at that time, we would probably have had a good fight to get the ticket. I wasn’t in the mainstream of the party, but there were other people like Opa, that would have gotten the ticket. There was only one female, Modele Sharafa-Yusuf, but I am not sure Ogun State was ready for a female governor. There was Niyi Otegbeye that also wanted to vie for that position. There are others who could have done it. So it’s just not me. But the powers that be put themselves together and worked for him and he won. And so, he became the governor.

“One of the immediate failings of this guy, who Asiwaju calls Eleyi, is that he thinks he is somebody. And by my own assessment, as Rotimi Paseda, he is nobody.”

“He is an accidental Governor and as an accidental governor, if you are not careful, you will become an accident of the governorship and will not return and that is what is going to happen to him.”

“You cannot have people work for you and other people who didn’t work for you, that contributed immensely to your emergence, you now use their credibility, their goodwill, their name to validate your win. You got the likes of Tunde Lemo, (former CBN Deputy Governor), GNI, Dr Oredipe (a Consultant to World Bank, who has worked with 3 to 5 governors and has brought billions to the state), and you got Paseda. You set up a Transition Committee headed by Tunde Lemo and every other candidate and stakeholders that are known in Ogun State, you put them in your Transition Committee.”

“The man is smart. And you use that to validate your win, to your own credit. And once that is done, everyone comes to congratulate you and you now feel, yes, the whole of Ogun State is now with me. And truth be told, he did have Ogun State with him, at that particular time.”

“Now, after the Transition, you did not say Thank you to them. They met several times. You need to go back and check the people that advised him.”

“Quote me, some of those that advised him are actually the ones that will plot his downfall. They are actually his downfall. If you set up a Transition Committee and you put 45 high calibres, well-respected, responsible Ogun State indigenes, in that committee, and you now set up a sub-committee and you allow them to bring their best into that sub-committee. They said bring 3 people each and they did. And they came to meetings and there’s nothing to support their meetings. Let’s even forget about the top-notch people. You can’t give me money for transport, what do I need that for? But how about the sub-committee members that you asked us to bring? There was nothing for them. We funded them ourselves. There was no ‘Thank you’ statement from him. It comes to nothing. It was just a bitter exercise. He just used us and dumped everybody. He used us to validate his win. It is so bad that some of them will call him and he won’t pick up their calls and won’t recall their calls.  That is fine.”

“I am talking personally here because I know what I did. I stepped down for him and I still spent my money. I never took a dime from Dapo Abiodun. Money was not even in the equation. But, I still mobilised all my Coordinators, everybody, as if I was running the election and then I stepped down. And I told them it is not all that you deserve that you ask for. Now, go and work for Dapo Abiodun. And I stayed in my house and I went out there and I cast my vote for Dapo Abiodun. It is the worst decision that I have taken. It is the worst verdict that I have made. It is a vote that is the biggest loss, in terms of people I have voted for. You people say Amosun is not good, Dapo Abiodun is worse. 100% worse. I have not seen anybody that can be cast in the same vein as Dapo Abiodun.”

“These are my reasons. I am passing a message to Dapo Abiodun: you don’t use people and dump them. You don’t use people of calibre and dump them. You don’t. That is where I am coming from and that is where I am as of today, I don’t have any other reason for resigning from the party except to work against Dapo Abiodun. And I don’t have any reason for doing what I am doing now, supporting another candidate, than to make sure Dapo must fall. Dapo must not come back for 2nd term. There is no other agenda. My agenda is singular: Dapo must not return as Governor.

So, who is he supporting for Governor?

“I have an Ijebu candidate. I don’t want to mention the name yet. In the last few weeks, I have been spending my resources for the person, both financial and for everything behind this person. I just want to wait for the campaign to start, for INEC to release the list, the campaign to kick off, and for all these legal wranglings to settle down. Once I come out to mention his name, I will stay with him all through. I will swim or sink with him. Win or lose, it doesn’t matter. We are going to go ahead and do it. So, I have a candidate. He is a very formidable candidate. He has 90% of the Transition Committee members behind him. So, Dapo has a lot to worry about. He should now start packing his bags and put them in his private jet, and get ready to leave for good.”

I Will Make Sure Gov. ABIODUN Does Not Return – Otunba ROTIMI PASEDA was last modified: August 30th, 2022 by City People

There Is Still Hope For NIGERIA, Despite Challenges – SATGURU MAHARAJ JI Declares