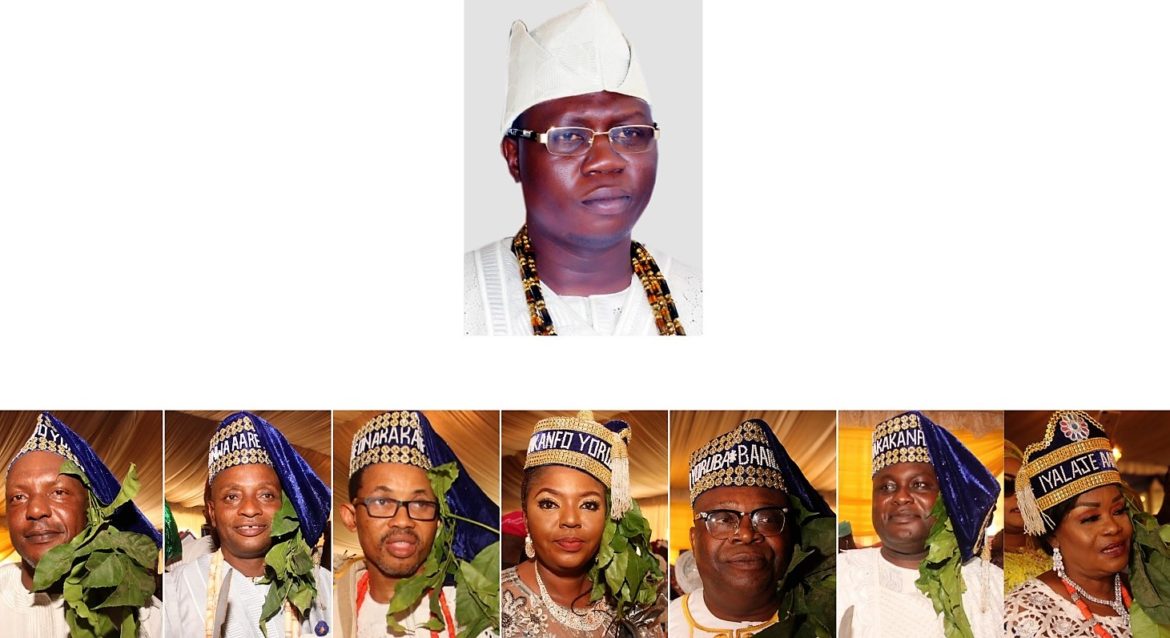 The newly installed chiefs, 16 of them were drawn from different professions.

Speaking at the installation, Aare Adams, stated that there was no reason for comparison between the Aare Onakakanfo’s chieftains and that of the Alaafin of Oyo.

Aare was reacting to the news making the rounds in some quarters that the newly installed Mayegun of Yorubaland, Wasiu Ayinde, was done to compete with Mayegun of Aare Onakakanfo of Yorubaland, stressing that the news was the plan of some mischief makers that were doing everything possible to twist history and misinform the public.

Adams pointed out that Alaafin is the only monarch with the pre-requisite power to appoint a chieftain representing the entire Yorubaland, adding that he was just doing his traditional roles as the generalissimo of Yorubaland.

He said those appointed into the new Aareonakakanfo chiefs in Council were men and women of credible characters.

“The stool of the Aare Onakakanfo of Yorubaland was historic. It was created in 1530 and dedicated to the head and king of all warriors in Yorubaland”

” As it was in the beginning, and over the ages, as well as now, the Aareonakakanfo, as the Generalissimo of all warriors in Yorubaland is kept in seclusion prior to his coronation. It was Alaafin, the imperial majesty that has the power to install Aare Onakakanfo and other chieftaincy titles that cover the entire Yorubaland. “Once installed, the Aare Onakakanfo is mandated to have his Chiefs and Council of Chiefs. And all Aare Onakakanfos, since 1530, had Chiefs and Council of Chiefs. The only two exceptions in the long history of the institution were the late Aare S.L.A. Akintola, former Premier of the old Western Region, and the late Aare M.K.O. Abiola, winner of the June 12, 1993, presidential election, who could not constitute their councils due to the political developments of their respective periods”. “What we are doing today is aptly history in the making, no worries,”

“At my inauguration as the 15th Aare Onakakanfo, our father, the Alaafin of Oyo, His Imperial Majesty, Oba Lamidi Olayiwola Adeyemi 111, and the Oyomesi gave me a specific mandate to carry out the functions of my office as the Aare Onakakanfo of Yorubaland in tandem with the established tradition for the progress and wellness of Yorubaland”

” I was installed with a beaded crown called “Ade Idikoko”, a sacred crown used to install any Aare Onakakanfo and a staff of office as the king of all warriors in Yorubaland, and this is what we replicate here today to show the unique import of tradition in Yoruba history”

“The installation committee did well in the selection of designated Aareonakakanfo chiefs in council comprising people of note in the society.