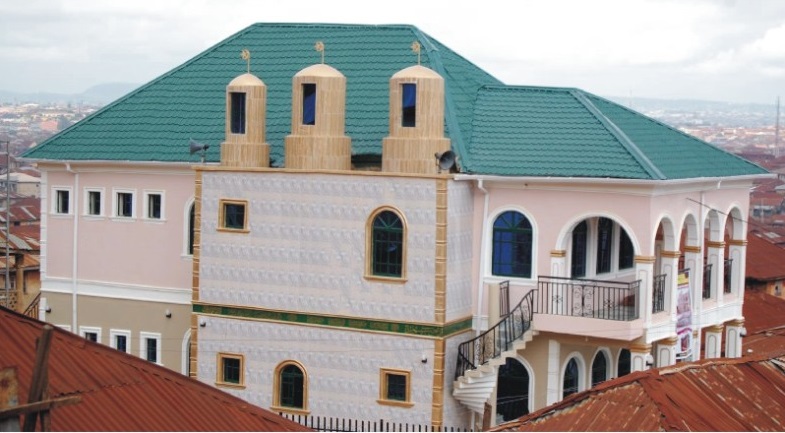 Two Saturdays ago, precisely 22nd of April 2018, another history was made in Ibadan, the capital city of Oyo State. The ancient city shook to its roots as top businessman and C.E.O Mudet Real Solution Nigeria Limited, the producers of Kick & Start herbal drinks, Alhaji Mutiullah Abdulazeez Oladejo popularly known as Oni-Malu hosted high flying celebrities in the society into a powerful 3-in-1 reception. It was an occasion marking his confirmation/turbanning and presentation of Staff of Office as the Asiwaju Adinni of Ibadanland, commissioning of a Mosque he built for his community (Agbede Adodo Central Mosque) and celebration of his 52nd birthday.

Top  celebrities, captains of industries, Islamic leaders, traditional rulers and chiefs all stormed the event that kicked-off with turbanning program then followed with commissioning of the new modern Mosque by the Executive Governor of Oyo State, Senator Abiola Ajimobi, who was ably represented at the event. After which the party train moved to the reception, held at the arcade ground beside the celebrator’s palatial mansion (Oni-Malu Palace), Alakia Adegbayi area of Ibadan. 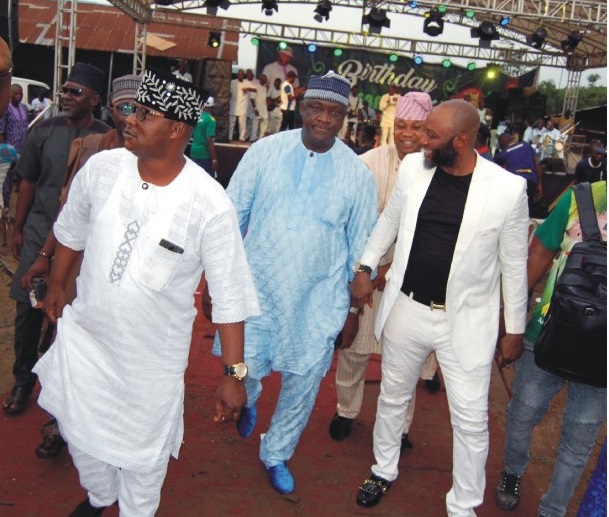 Despite the fact that it was an open space with different canopies erected, the reception venue was transformed into a small paradise with exquisite decorations and the sitting arrangement for VIPS and traditional rulers. The party was a total success. It has no doubt added a lot to Oni-Malu’s social profile as one of top party hosts in Ibadan. After all, you are as good as your party! and you are as hot as your party! And that was exactly what Alhaji Mutiu Oladejo has been able to prove. 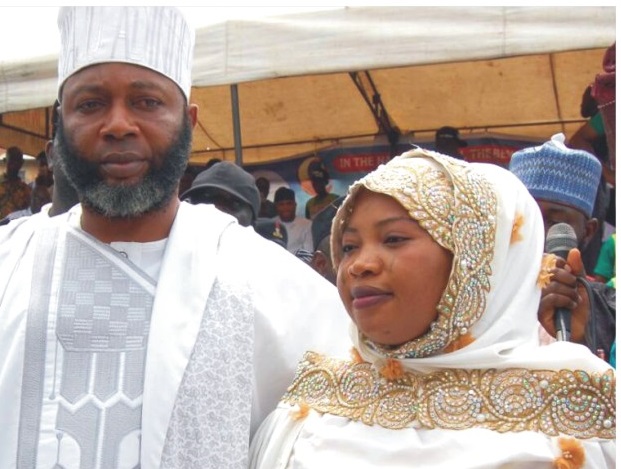 While the party could be described as classy and glamorous the very significant aspect of the whole thing, however, is Oni-Malu’s record-breaking traits; he becomes an Islamic leader and Asiwaju Adinni of Ibadanland for that matter at age of 52, which is very rear in the history of Ibadan. He also did the uncommon by turning the wretched-looking Mosque in his family house to a modern one. The Mosque is tastefully finished in terms of architectural design and fittings and probably the biggest Central Mosque in Ibadan today. 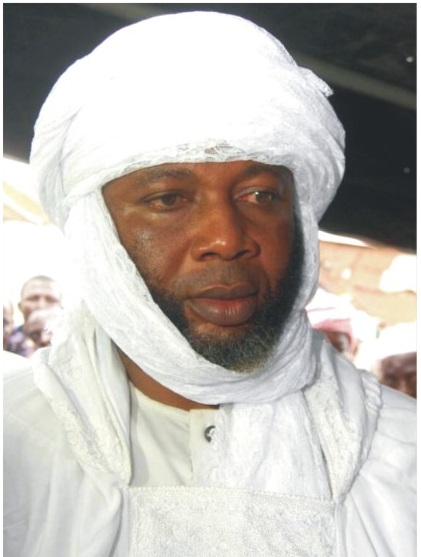 When all thee could be surprising to some, those who know Oni-Malu closely would testify to the fact that he is a man of style, a silent achiever, a cheerful-giver  and somebody who is strongly committed to Islamic cause even before now. This is due to Muslim background and devotion to the teachings of Almighty Allah. He has supported and contributed immensely to the development of Islam. He has benevolently donated funds and religious materials to many Islamic bodies across the length and breadth of Ibadan. He is been awarded many tittles which include Babalaje Adinni of Ishebo land and many others. Oni-Malu is also a man of good example to Muslims, he has a befitting Mosque inside his house for the benefit of his neighbours and the community.