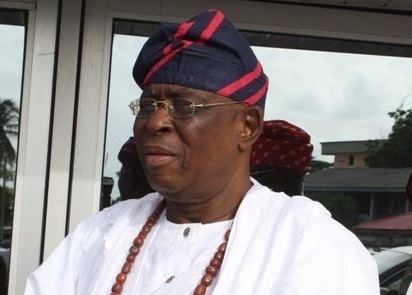 Former military, Head of State, General Ibrahim Badamasi Babangida, has described the former Governor of Ogun State, Chief Olusegun Obasanjo, as one of the most detribalised Nigerian he had ever met.

Babangida in a two-page letter titled “Tribute To A Great Mind And Uncommon Nigerian” dated 6th of July addressed to Osoba who clocks 80 on July 15, said the octogenarian as a journalist through his writings was a gap between the military and the civilians during his era.

He said the ex-governor through his relationship with the military in those days complimented their networks which earned him to be a “Civilian General.”

IBB added that Osoba who is a chieftain of the All Progressives Congress (APC) as a quintessential reporter in his days was good at dissecting the situation and bring out the best out of it.

The former military Head of State further added that Osoba was not at any point in a time afraid of speaking truth to power.

“And to the young Osoba at 80, your sun has just begun to shine. You remain to be one of the most patriotic Nigerian I have come across in my sojourn in life.

“You are not only brutally frank when it comes to speaking your mind, but your courage and ability to speak truth to power is also an eloquent distinction of your persona,” he said.

The former military Head of State said Osoba had the knack to unravel the unknown because he possessed good writing skills and also cut his professional teeth at a time when technology was still a huge challenge.

Babangida added, “As young minds in those days, we socialised maximally without thinking about tribe and religion. We made good use of our prime and ensured that we left no stone unturned. Even as military officers, we had good company in our “bloody” civilians who complimented our networks.

“Chief Osoba was one of such “Civilian Generals” who knew so well how to cultivate friendships and derive happiness from a seemingly gloomy situation. He has the knack for unraveling the unknown.

“He was good at dissecting situation to make meaning out of them. When we needed to feel the pulse of the nation, Chief Osoba became handy. He was more like a bridge between us and the people.

BUHARI CONGRATULATES FBN ON 40 YEARS OF...