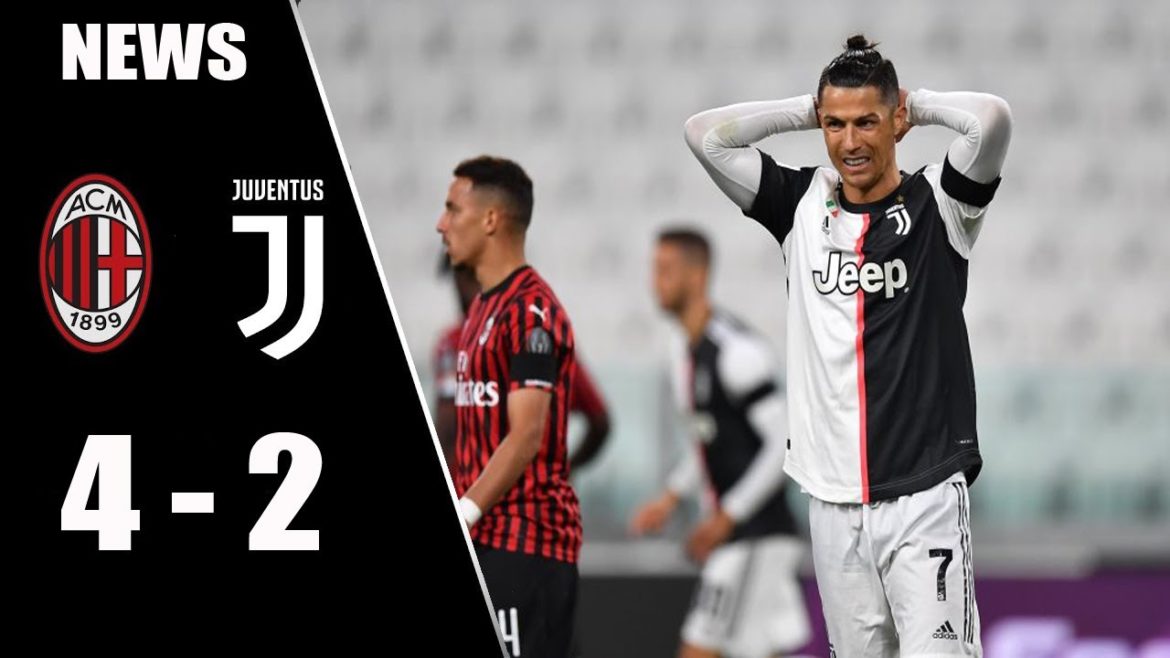 Juventus wasted the chance to move 10 points clear at the top of Serie A as the defending champions blew a two-goal lead to lose 4-2 at a Zlatan Ibrahimovic-inspired AC Milan on Tuesday, after second-placed Lazio’s shock defeat at Lecce.

Maurizio Sarri’s men led through goals from Adrien Rabiot and Cristiano Ronaldo early in the second half but were then blown away by a brilliant Milan display as Ibrahimovic scored and had an assist.

Milan coach Stefano Pioli, who could reportedly be sacked at the end of the season, saw his side boost their hopes of European qualification by moving above Roma and Napoli into fifth.

“I am not remotely thinking about August 3 or the future. I am thinking of the next game,” Pioli told DAZN. “There have been some tough moments, but I love what I do.”

Juve remains on track for a ninth straight title, sitting seven points clear of Lazio with seven matches remaining, but could have rendered the race all but over with a victory.

The loss snapped the Turin giants’ seven-game winning run in the league.

Juventus dominated the first half without finding a breakthrough as the closest they came was when Leonardo Bonucci glanced Miralem Pjanic’s free-kick wide when unmarked only three yards from goal.

Ibrahimovic had a couple of speculative efforts easily held by Wojciech Szczesny at the other end and also saw a goal ruled out for offside.

READ ALSO: JUST IN: CHINA VOWS TO IMPOSE TRAVEL BAN ON US