Home Entertainment If Not For Acting, I would Be An Engineer: Tope Adebayo revealed at the Premier of “Alagbara”
Entertainment

If Not For Acting, I would Be An Engineer: Tope Adebayo revealed at the Premier of “Alagbara” 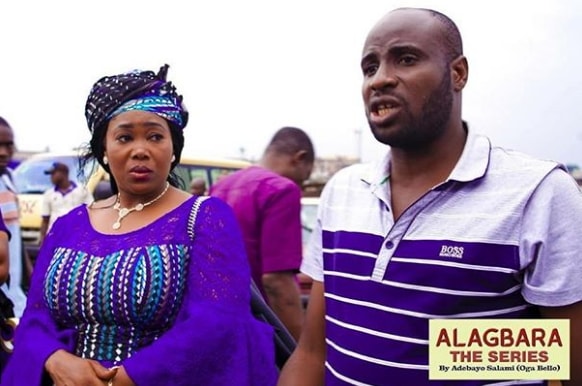 It was a memorable evening as StarTimes hostNigeria’s League of actors as Alagbara, the first Cable TV sponsored sitcom onStartimes on Sunday, November 25, 2018, as the movie legends share their experiences on set; it was a joyful moment because “Alagbara” is a well-cooked Stew that was about to be served. Tope Adebayo is exceptionally good in his profession, being a director and Actor keeps one wondering how he was able to switch to acting after studying Engineering in of Ilorin.

There was a sense of fulfillmenton the faces of the crew and cast, it was indeed a dream come through as the 26Episode of Yoruba series “Alagbara” was officially released.

Tope Adebayo is a young talented Yoruba Nollywood Director and Actor, who has feature in so many Yoruba movies and has also directed English Movies. He is one of the Son’s of Mr Adebayo Salami popularly called ‘Oga Bello’, I must say that Salami’s family is the largest in the Nollywood setting, a family where the father and children could make a full movie, they are indeed epitome of talents.

Tope Adebayo is the director of the new released series “Alagbara”, he also played the role of a brother to the custom officer, Tope has some questions to ask the audience: who is the Alagbara in our Country, State, community and homes? These are the things you will learn from this unique movie. Its all about how to handle family issues and how to condole the pressure in your family

the idea that I always feature in the same movie with my father Mr Salami Adebayo is not true because I have feature in several movies that my dad is not even in the popular “Jenifers diary” and many others, but if by chance you see my dad and I, then that means the Producer or Director sees us fit in to the character.

Tope Adebayo who picked up an Engineering curse, found himself in a dance group, where he did so well because he loved dancing, before he graduated he found out that he has so much talent in actingand he was already making money from it, since he was doing well in it and people acknowledged and appreciated him, Tope decided to dump the dream of becoming an Electrical Engineer to Acting.

If Not For Acting, I would Be An Engineer: Tope Adebayo revealed at the Premier of “Alagbara” was last modified: November 25th, 2018 by Reporter