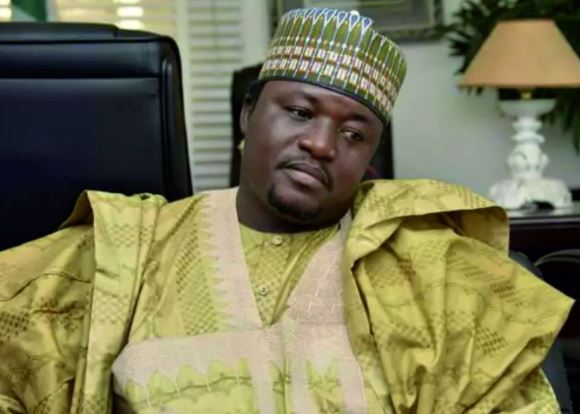 The leader of the Arewa Youths Consultative Forum, Shettima Yerima, who was among the youths who issued a notice to the Igbo to quit the 19 northern states, on Tuesday, said he would submit himself for questioning if declared wanted.
According to him, he was not on the run and had nothing to fear because he only expressed his views as a Nigerian. He was reacting to enquiries by Punch correspondent, following allegations that he had gone into hiding in the Republic of Chad.
Arewa youths had, after their meeting in Kaduna some days ago, given a three-month ultimatum to Igbo people living in the 19 states in the North to leave the region or be forced out by October 1, 2017.
Apart from Yerima, those who endorsed the resolution were Nastura Sharif (Arewa Citizens Action for Change); Aminu Adam (Arewa Youth Development Foundation); Alfred Solomon (Arewa Students Forum); Abdul-Azeez Suleiman (Northern Emancipation Network) as well as Joshua Viashman (Northern Youth Vanguard).
But in an interview with a correspondent, the AYCF leader said he would make himself available if invited by security agencies.
Yerima said, “I did not go into hiding and will never go into hiding. We need to put the record straight. For now, nobody is looking for me and I am ready to submit myself if I am called. I am not a joker. Nobody is looking for me and I am not hiding anywhere from anybody. I am in my village, I am a Nigerian. If anybody looks for me, I will submit myself. I am not above the law. I am not on the run.”
While insisting that he would not go into hiding, Yerima insisted that the Igbo should leave Nigeria.
He said, “Why should I go into hiding? I have a name, I have a face. I am not faceless.
“I am not hiding anywhere. Why should I hide? Where did I go wrong? Somebody wants to go and I said, ‘go, you’re free to go’. What is wrong about it?
“You cannot be in our country and begin to clamour for another country. Go to your place and declare your own country, not in my zone. It is a simple language. I have not committed any offence.”
Igbo Quit Notice: Arewa Group Leader Avails Self for Arrest was last modified: June 28th, 2017 by Arinze Ago

Over 100 designers, exhibitors to feature at Africa Fashion Week in London