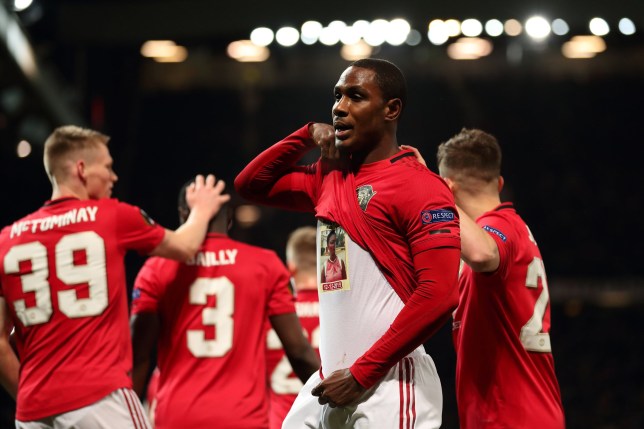 Odion Ighalo’s strike against Norwich City has been nominated for Manchester United Goal of the Month award for June.

The 31-year-old forward has been in fine form since joining the Red Devils in January on loan from Chinese Super Lig side Shanghai Shenhua.

Against Norwich, the former Nigeria international was handed his 12th appearance and scored a sublime goal to help Ole Gunnar Solskjaer’s men secure a place in the semi-finals of the FA Cup.

The former Watford marksman opened the scoring in the encounter when he volleyed home from close range, leaving goalkeeper Tim Krul with no chance.

The strike is the forward’s fifth goal since teaming up with the Old Trafford outfit and has now been shortlisted for the best goal award in the month under review.

Ighalo will compete with Anthony Martial, Harry Maguire, Bruno Fernandes, who beat him to the Player of the Month prize in March, and Mason Greenwood for a chance to scoop the award for a second time.

The forward won the accolade in March when his brilliant strike against LASK in a Europa League game was adjudged the best effort in the month.

Ighalo was handed a loan extension by the Old Trafford outfit last month following his eye-catching performances which have endeared him to the Red Devils fans.